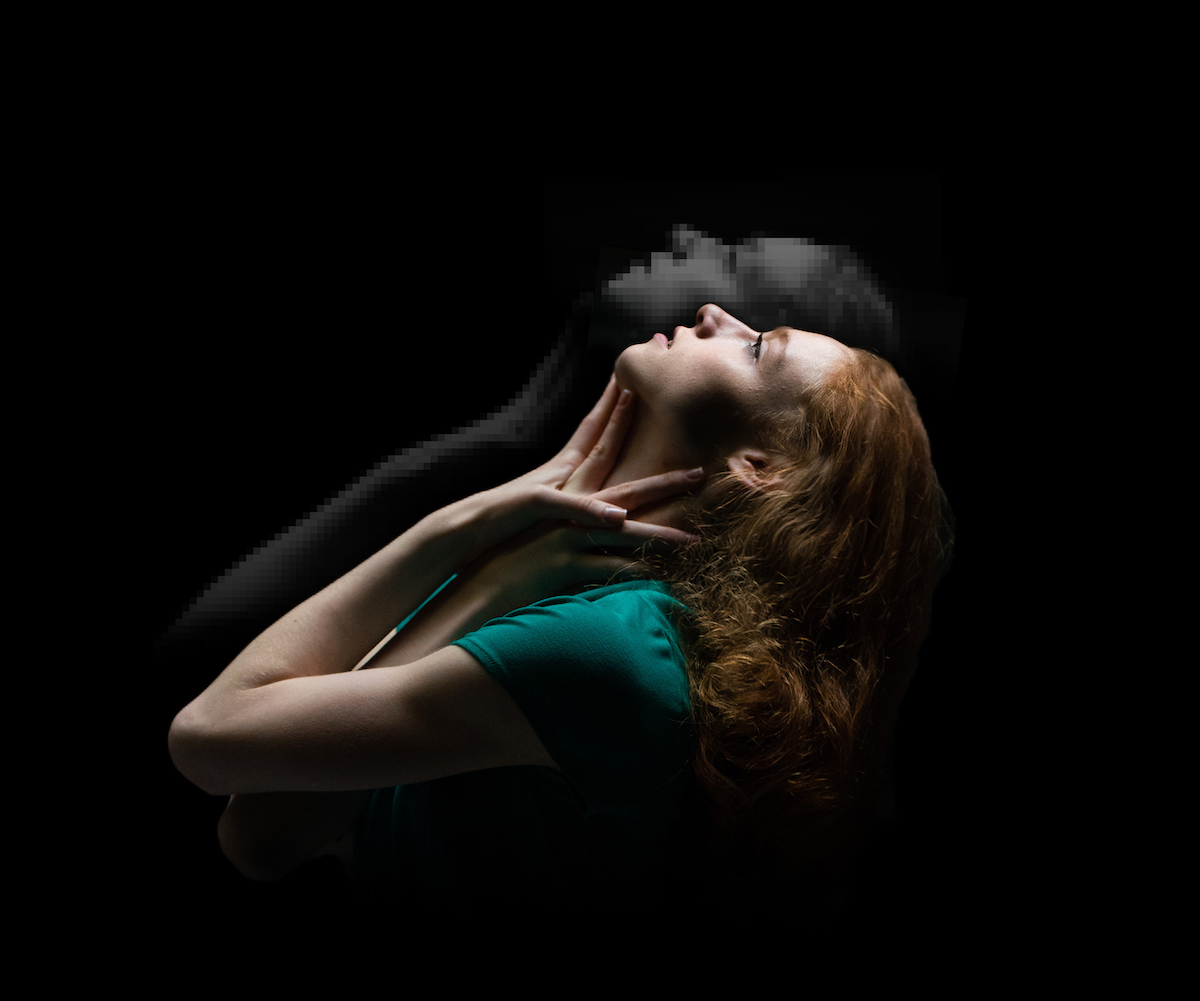 Joshua Beamish/MOVETHECOMPANY presents the world premiere of @giselle, a technology-driven, contemporary reinvention of the beloved romantic ballet classic, September 5–7, 2019 at 7:30pm at the Vancouver Playhouse. Born out of Reimagining Giselle, a shorter work commissioned by The Royal Ballet in London, UK, this full-length narrative work will be brought to life by ballet superstars from American Ballet Theatre, The National Ballet of Canada, and Pennsylvania Ballet. Directed and choreographed by Vancouverite and company founder Joshua Beamish, this innovative production will explore the connections and parallels between the original classical ballet and our understandings of love, sex, and relationships in a world mediated by dating apps, digital illusions, and fleeting encounters.

“I am deeply honoured to bring together such a stellar group of dance artists from across North America to collaborate on such a timely production,” says Beamish. “@giselle is a careful examination of the evaporation of true romance in our culture. Utilizing cutting-edge motion capture technologies and screen projections of social media ephemera, this full-length work will challenge audiences to consider the ways that technology has leveraged an unexpected change upon the very nature of modern love and relationships, which now seem fueled by a disdain for accountability and an increase in personal narcissism.”

The original version of Giselle, which premiered in 1841 — by what is now known as the Paris Opera Ballet, is based on a German legend, and follows a young peasant girl’s journey through the many dimensions of love and betrayal. Giselle dies of a broken heart after discovering her lover, Albrecht, is betrothed to another. The Wilis, a group of mystic and supernatural women who dance men to death, summon Giselle from her grave.

@giselle updates the narrative to present day by telling the story of a character named Giselle who is betrayed, isolated, and ghosted by her romantic partner on social media. In a state of heightened anxiety, Giselle livestreams her untimely death. Later in the work, she returns to haunt her male tormentors in motion-captured animated data particles projected onto the bodies of the live dance artists, creating a haunting tension between live and digital realities.

Beamish further reimagines the ballet by highlighting the ways that social networks such as Instagram, Snapchat, Twitter, and Facebook have profoundly denatured the ways we fall in and out of love. Exploring concepts of ghosting, and social isolation, @giselle is a bracing new vision of a classic tale that also raises the powerful specter of persistent male power in light of the #MeToo and Time’s Up movements.

Hailed as possessing “an enviable reputation for a choreographic style that emphasizes speed, clarity, and a dazzling array of body isolations” (Toronto Star) — with his work touted as “absolutely singular” (The Globe and Mail), Beamish has assembled a cast of some of the finest ballet artists from across Canada and the United States. Among the all-star ensemble, both Catherine Hurlin, the recent 2019 winner of the prestigious Erik Bruhn Prize, and celebrated dancer Stephanie Williams, both from American Ballet Theatre, alternate in the title role. Williams is also portraying Myrtha, a role shared with Yoko Kanomata of Ballet Edmonton. Harrison James, principal dancer with The National Ballet of Canada, will dance the role of Albrecht, and Sterling Baca, principal dancer with Pennsylvania Ballet, will play Hilarion. Betsy McBride, from ABT, will perform the role of Bathilde, and former Alberta Ballet Mistress and current Ballet BC instructor Beverley Bagg will perform the role of Berthe. The all-star ensemble will be supported by additional talent from Ballet Edmonton, the Alberta Ballet Trainee Program and graduates from varied local dance training institutions such as Arts Umbrella, Richmond Academy, Pro Arte, Tri-city Dance, and SFU.

@giselle utilizes a recording of the original score composed by Adolphe Adam.

Beamish founded Joshua Beamish/MOVETHECOMPANY in 2005 and his works have since extensively toured throughout North America, Europe, Asia, and Africa. Outside of the company, he has created in collaboration with The Royal Ballet, The National Ballet of Canada, and Dutch National/Het Nationale Ballet Junior Company, among others. Joshua choreographed for the CBC Radio Canada reality series Ils Dansent with Nico Archambault, the Opening Ceremonies of the 2011 International Children’s Winter Games, the Cultural Olympiads for both the 2010 and the 2012 Olympics, and with Cirque du Soleil for World EXPO Shanghai. He is an alumnus of the New York Choreographic Institute — an affiliate organization of New York City Ballet and the School of American Ballet, and a Jerome Robbins Foundation grantee. Notable recent presentations include BAM Next Wave Festival, The Joyce Theater in New York, The Royal Opera House in London, Princeton University, London’s The Place, and New York’s Guggenheim Museum.

Joshua Beamish/MOVETHECOMPANY has partnered with SADS Canada to raise awareness of Sudden Arrhythmia Death Syndromes — a critical heart condition brought to the forefront at the close of Act 1 when the present-day Giselle passes away.

@giselle tickets from $35 (plus applicable fees) at: joshusbeamish.eventbrite.com

About Joshua Beamish/MOVETHECOMPANY (joshuabeamish.com)
Joshua Beamish/MOVETHECOMPANY is a non-profit charitable dance organization registered in both Canada and in America. The primary mandate of the society is to further the awareness of and appreciation for contemporary dance at local, provincial, national and international arenas.
The company places equal focus on educational programming, primarily targeting youth, and the creation and presentation of professional theatrical productions.

Founded in Vancouver in 2005 by current Artistic Director Beamish, Joshua Beamish/MOVETHECOMPANY quickly emerged as one of Western Canada’s most prolific dance companies. The company has performed throughout the globe at venues such as London’s The Place, Cape Town’s Baxter Dance Festival, Montreal’s Tangente, Usine C and Studio 303, the American Dance Institute in DC, Singapore’s Odyssey Dance Theatre, the International Ballet Festival in Miami, and the Quinzena de Danca Festival in Portugal.

At home, the company has been presented by the Made in BC: Dance On Tour Program, The Dance Centre, the Vancouver International Dance Festival, Dancing on the Edge and the Chutzpah Festival, among others. Joshua Beamish/MOVETHECOMPANY received the distinction of a commission from the Canadian Embassy in Washington, DC, as well as the only choreographic residency ever awarded to a Western Canadian company by the Djerassi Program in San Francisco, CA.

Joshua Beamish/MOVETHECOMPANY was notably selected by curators Cirque du Soleil for presentation at WORLD EXPO 2010 in Shanghai, China, performing the Closing Gala of the Canadian Cultural Pavilion and toured an ensemble of 24 Vancouver-based artists for a commissioned presentation at Bangkok International Festival for Dance & Music/Bangkok Opera House.

The company also toured Allemande to Nottingham, UK as the Canadian representatives at World Event Young Artist, a satellite of the 2012 London Cultural Olympiad. Joshua Beamish/MOVETHECOMPANY made their The Joyce Theater debut in New York, as the Opening Event of the 2015 Ballet Festival and returned again in 2018 for the world premiere of The Masque of the Red Death, commissioned by the venue.

Joshua Beamish/MOVETHECOMPANY gratefully acknowledges the generosity of its funders, collaborators, and supporters: