Take 100+ improv actors from 18 countries,* add 50 performances across three theatre venues and what do you get? A lot of laughter!

This Fall, the improv comedy world is bringing the laughs to Vancouver from October 14 to 20 as Vancouver TheatreSports™ (VTS) hosts the 2019 International Theatresports Institute Conference and Festival. The International Theatresports Institute (ITI) is the largest improv network in the world, representing 90 improv companies, schools and universities from 22 countries on six continents. Every two years, ITI convenes a conference and festival that brings together improvisers from around the globe. Previous locations have included Dubai, Milan, Würzburg, and San Francisco. 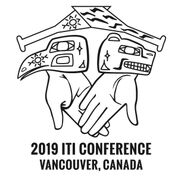 In addition to delegate-only workshops, the week includes more than 50 public performances in an International Theatresports Festival across three Granville Island venues – VTS’ home theatre The Improv Centre (186 seats), The Waterfront Theatre (224 seats), and intimate studio space The Nest (96 seats). Currently, improvisers from as far away as India, Norway, Japan, Brazil, and New Zealand *(see full list below) have signed up to attend the week-long Vancouver conference and perform in the Festival.

The Festival celebrates how the improv art form has evolved around the world to reflect the influences it receives from different cultural terroirs. Improv formats created by ITI founder Keith Johnstone (Theatresports™, Gorilla Theatre™, Maestro Impro™, and The Life Game™) are showcased along with signature shows/formats by some of the world’s leading improvisers and improv companies.

One of the signature shows, The Toys Strike Back, by Norway’s Det Andre Teatret – a matinee show for families with children – creates its content from the toys that the kids bring with them to the performance. Another show, Lugares (Places), originally created by an international team of improvisers, will be directed in Vancouver by Patti Stiles (Australia) and Felipe Ortiz (Colombia).  Lugares invites members of the audience to describe a special setting and the cast creates exciting new stories and parallel worlds that will change the way we see the special places around us. For the El Jaguar Fiesta Tour of Vancouver, the audience jumps on a bus with masked Mexican luchador El Jaguar (Derek Flores, New Zealand) for a hilarious tour of the city where the focus is on fiesta, not facts. OK Tinder brings together a cast made up of VTS ensemble members and international delegates for a global take on the trials, tribulations, and triumphs of dating in the digital age. The Theatresports Summit explores the Theatresports™ format in the ‘four pillar’ companies – from Calgary’s Loose Moose Theatre where the format was first performed as created by Keith Johnstone at The University of Calgary (it is the foundation format) to variations as performed at Vancouver TheatreSports (Vancouver), Rapid Fire Theatre (Edmonton), and Unexpected Productions (Seattle). A full lineup of all the Festival shows with descriptions, locations, dates, and times can be found on the VTS website later in August.

“Vancouver TheatreSports™ turns 40 in early 2020 and we are excited to kick off our anniversary celebrations by sharing so much laughter with the people of Vancouver,” says Artistic & Executive Director Jay Ono.

“It will be a fabulous opportunity for the public to see the different styles of improv as performed by the visiting delegates. Many Vancouverites do not realize that VTS is renowned globally as being a leader in the improv art form, with some of the best improvisers in the world being part of our company. It will be inspiring and instructive for all the improvisers, our own as well as the international delegates, to perform together and explore new formats and ways of playing. At the same time, the public will have a once-in-a-lifetime chance to see companies and improvisers who do not normally perform outside of their home country.”

Christmas Queen 2 – You Better Watch Out