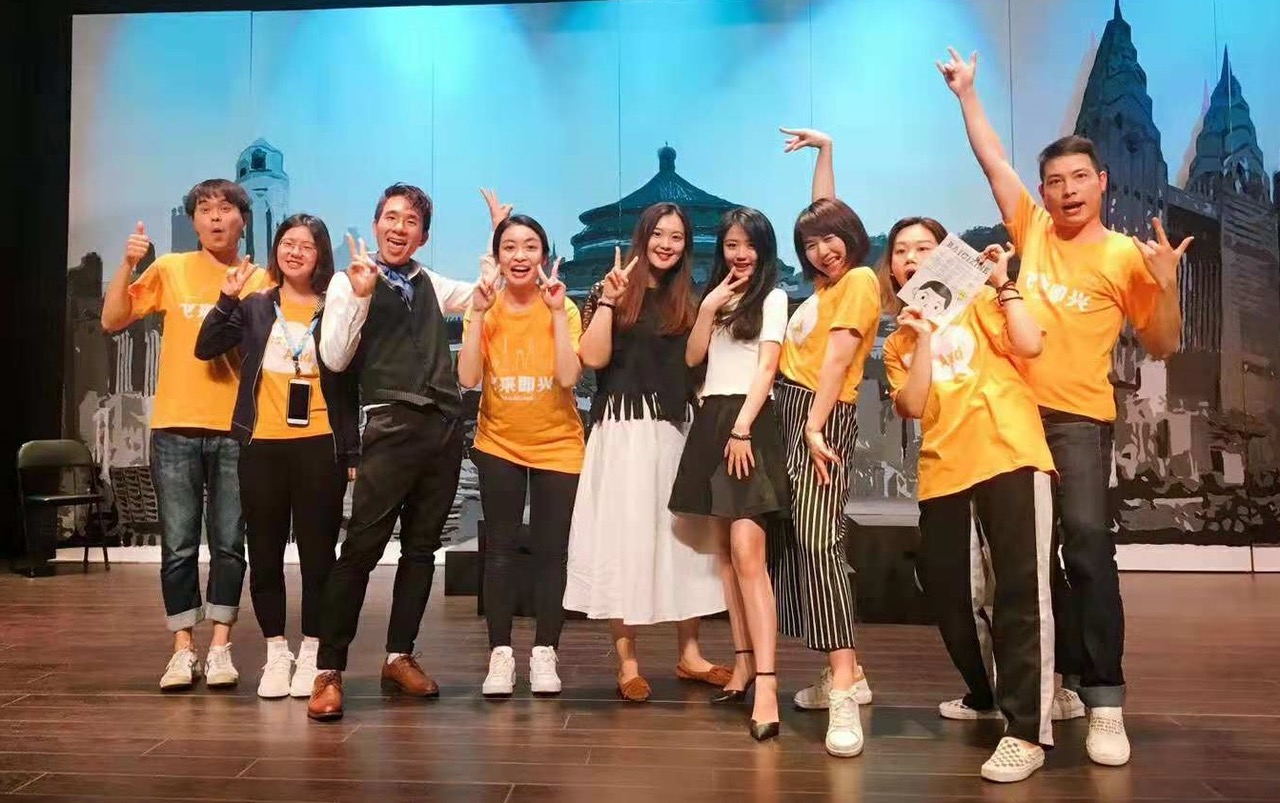 Vancouver TheatreSports™ (VTS) is pleased to announce that Improv Comedy Institute instructor, mainstage ensemble player and Co-Artistic Associate, Graeme Duffy, will be representing VTS in China from October 31 to November 16, 2018.

Duffy will be travelling to China to work with Fly Improv Theatre – teaching VTS’ style of improv to their mainstage ensemble, instructors and current students in Shanghai and Beijing. “As a teacher, Graeme communicates really well with improvisers and students,” states Eric Shen, Director of Fly Improv Theatre. “Instead of reaching all things at all levels, Graeme is able to break improv teaching into a few simple modules. It keeps the students engaged, and they are now very clear about what they need to accomplish on stage. As a seasoned performer, Graeme is hilarious and widely respected. We are honoured and excited to have Graeme come to China to teach us as a representative of the very talented Vancouver TheatreSports.”

Previously, Fly Improv Theatre has imported guest instructors from famed improv companies such as Upright Citizens Brigade (New York) and Second City (Chicago). VTS’ Artistic and Executive Director, Jay Ono, says, “We couldn’t be more excited to have Graeme teach VTS’ improv style and philosophy to Chinese improvisers. This is a great honour for us and we are so pleased to send one of VTS’ best instructors to represent us.” 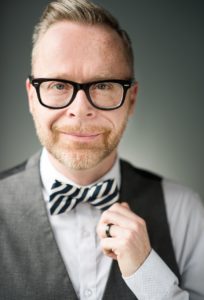 Graeme Duffy has been a part of VTS since 2004. During his time with the company, he has developed a number of hit shows including: Throne and Games – Laughter is Coming (2015), Throne and Games – A Chance of Snow (2016), OK Tinder (2016) and Western World (2017). Follow VTS on social media as we share Graeme’s stories from China.

Founded in 1980, VTS has grown to become a well-respected international leader in the improv art form. Voted the ‘#1 Improv Comedy Company’ at the prestigious ‘2017 Best of Vancouver Awards’, VTS entertains more than 65,000 people per year with 12 shows per week, 52 weeks per year at its own theatre, The Improv Centre. An intimate space located on Granville Island, The Improv Centre is a fully-licensed facility with its own Neil Macrae Bar & Lounge, which overlooks False Creek Marina.

In addition, VTS owns and operates The Improv Comedy Institute – an improv school which offers classes from beginner through professional level, conducts province-wide school tours, and operates Improv for Business – a corporate training division with a diverse portfolio of blue-chip clients.