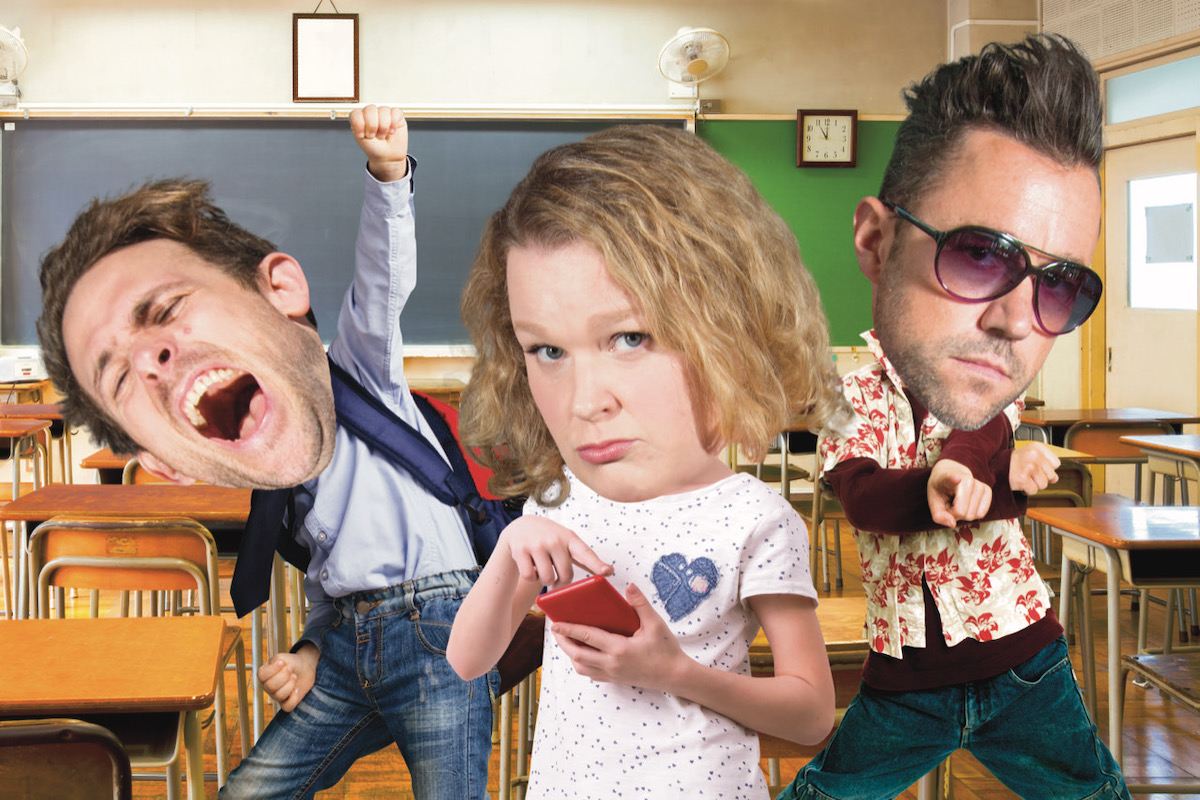 Get your fall season off to a laughing start by joining Vancouver TheatreSports™ (VTS) for some school-themed hilarity Tuesdays to Saturdays from September 3 to October 12 at 7:30pm at The Improv Centre on Granville Island. Tickets start as low as $10.75 for students and are available online at www.vtsl.com.

VTS honours the beginning of autumn with a special improv show dedicated to school days. Back to School TheatreSports takes classic TheatreSports short form improv ‘games’ and adapts them to parody classroom clichés and cliques (some things never change). Instead of the traditional TheatreSports referee, the action will be overseen by a very stern principal. Rule infractions result in player ‘detentions’ and the teams of mixed student stereotypes (geeks, jocks, cool kids, etc) will be awarded letter grades by a critical panel of examiners (audience members). At the conclusion of the match, only one team will pass.

As in all VTS shows, the characters and action are co-developed with the audience – utilizing their suggestions to create on-the-spot, unscripted, theatrically-infused comedy. In this case, the players will be improvising using school-themed suggestions to create the scenarios – awkward first dates, trying out for the team or cramming for exams, to name a few. Regardless of whether you are/were a jock, a nerd or one of the cool kids at school, everyone will be able to relate and find something to laugh about at Back to School TheatreSports.

Laugh Out the Old Year and Welcome the New with Vancouver TheatreSports’ 2018 Year in Review!

Celebrations and Shenanigans with Vancouver TheatreSports