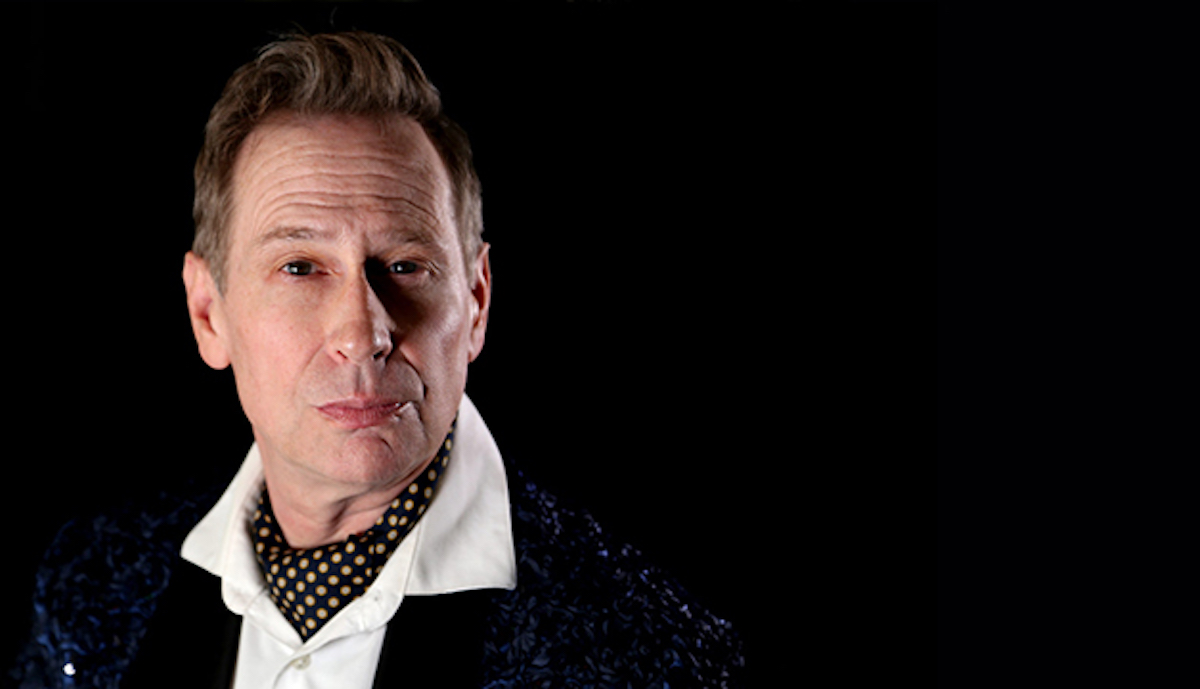 “An uproarious blend of fact, fiction and some conflation of both.”

a return to the limelight in an evening of humorous and often incendiary monologues.

Well known to fans as a member of the sketch comedy troupe The Kids in the Hall, Scott Thompson is anything but your average comedic talent.

“Après le Déluge is something of a rollercoaster ride, with Cole in the front car, somehow steering the thing and daring us all to cry out in joy or rage or whatever it is we need to do to achieve some form of catharsis.”  (Vish Khanna, Exclaim!)

After Lorne Michaels discovered them in the late eighties,  Kids in the Hall created a ground breaking television series, which ran from 1989 to 1995 on CBC in Canada and on HBO and CBS in the United States. After the Kids left television in 1995, Scott and the boys went on to write and star in their own feature film, the cult favourite Brain Candy. Thompson appeared as a regular for three years on Garry Shandling’s revolutionary comedy series The Larry Sanders Show as Brian, the assistant to Hank Kingsley. In this period and afterwards, he made numerous guest appearances on various talk shows such as Politically Incorrect, The Late Show with David Letterman and was a regular fixture on Late Night with Conan O’Brien.

Scott Thompson has been creating and performing monologues as Buddy for stage and screen appearances for over 30 years. Buddy is a world-weary, openly gay man, who is utterly unafraid to offer his dry takes on the most incendiary topics. He’s been a special correspondent for The Colbert Report at the Sochi Olympics in 2014 and is currently on Vulture Magazine’s recent list of 100 jokes that shaped modern comedy.

The piece is part of the Pi Provocateurs 2019-20 Presentation Series. This series brings fearless local and national artists to Vancouver. Recent presentations in this series include 4 ½ (ig)noble truths by Thomas McKechnie (zietpunktheatre in association with Why Not Theatre) and Stray by Tanya Marquardt (Theatre Conspiracy) at PL 1422.

Pi Theatre produces and presents bold and uncompromising plays that explore modern life, connecting audiences with theatre that is intellectually alive and emotionally charged. They are constant innovators whose experiments with form and content have rendered some of Vancouver’s most memorable and risk-taking experiences. The company’s recent productions include Hir, The Events, Long Division, Genetic Drift, The Invisible Hand and Blasted.

Media release and image provided by Larissa B, Pi Theatre.