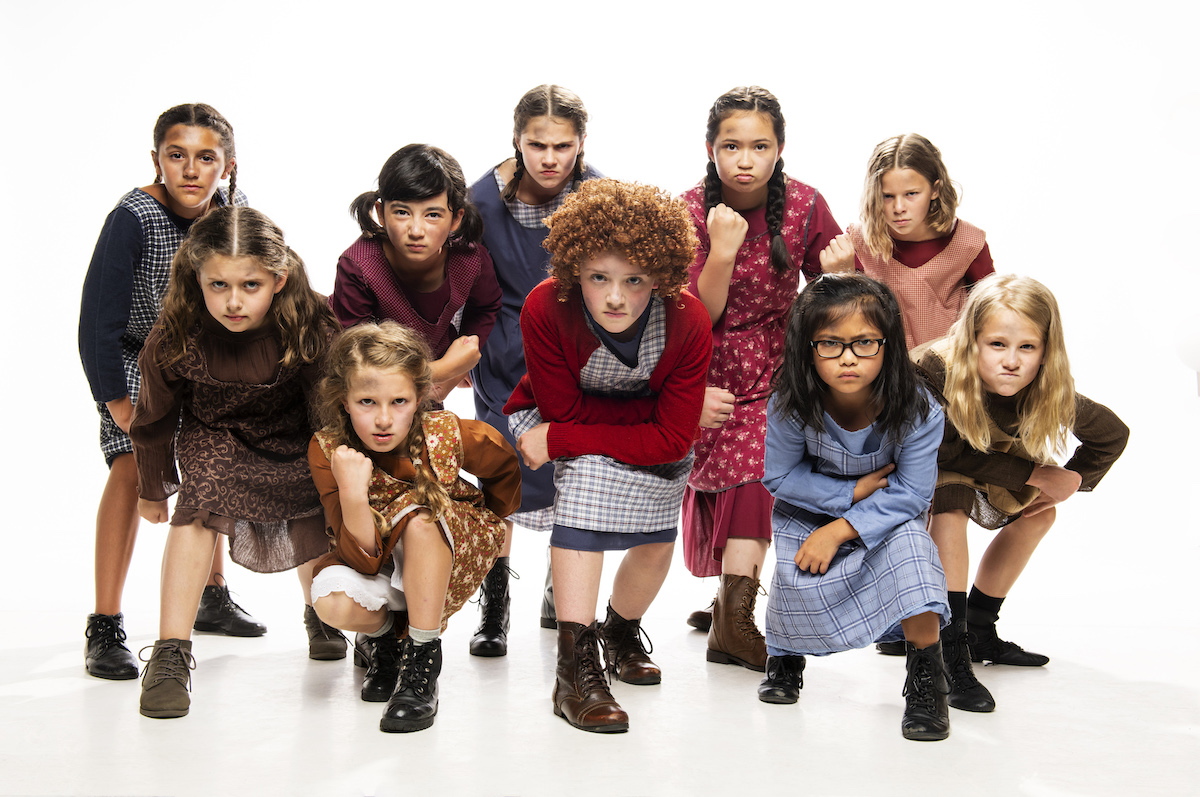 Leapin’ lizards! A hard-knock life can’t bring down this ragamuffin
in her quest for love and family

Align Entertainment presents the cheerful escapades of little orphan Annie from February 1–16, 2019, at the Michael J. Fox Theatre in Burnaby. Following the successful fall production of A Christmas Story: The Musical, the Ovation Award-winning company closes the 2018/2019 season with the story of Annie, a plucky 11-year-old overflowing with infectious optimism and curly red hair. The Tony and Grammy Award-winning musical is set against the backdrop of the Great Depression, throwing into sharp relief the beauty of the spirited character’s hopefulness in dire times. Featuring a fresh cast of young local talent, the production is a heart-warming antidote to the long grey days of winter.

“Annie is a touching and timeless musical with a strong core message that money can’t buy you happiness,” says director and co-producer Chad Matchette. “Oliver Warbucks is the richest man in the country and yet his life is unfulfilled until he meets Annie. This delightful little girl reminds us about the power of love and inspires people to hold onto their dreams against all odds.”

The original Broadway production from 1977 is based on Harold Gray’s widely read comic strip Little Orphan Annie. The 1924 comic was popular for its poignant political commentary, and subsequent adaptations maintained this feature. The story follows the adventures of Annie, who longs to find the parents who left her as a baby on the steps of a New York City orphanage. Tired of matron Miss Hannigan’s cruelty, Annie escapes into the city and befriends the abandoned but loveable mutt Sandy. Upon her return, she is selected to spend Christmas with local billionaire Oliver Warbucks. He is soon won over by her bright outlook and even introduces her to President Franklin D. Roosevelt. Along the way, Annie helps inspire the New Deal, learns the truth about her parents, and finds a loving home to call her own.

With a book by Thomas Meehan (The Producers, Hairspray) and lyrics by Charles Strouse (Bye Bye Birdie), Annie earned seven Tony Awards and seven Drama Desk Awards. The cast show album also won a Grammy Award in 1978, featuring iconic songs like “Tomorrow” and “It’s the Hard Knock Life.” Align Entertainment’s production features a live 12-piece orchestra under the musical direction of Kevin Woo and a talented ensemble of a dozen young actors performing as orphans, who were selected from auditions by more than 100 children.

Several cast members will be making their Align Entertainment debut, including the bright-eyed Camryn Macdonald (Veruca in Delta Youth Theatre’s Willy Wonka Jr.) in the role of Annie and Arne Larsen (Dom Claude Frollo in Secondary Characters’ The Hunchback of Notre Dame) as Oliver Warbucks. Erin Matchette (Mrs. Schwartz in Align’s A Christmas Story) will play Miss Hannigan, and Laura Cowan (Fairy Godmother in Theatre Under the Stars’ Cinderella) will be Grace Farrell, Warbucks’ assistant who first finds Annie. Finally, the role of Sandy will be filled by a real dog that will be cast this month.

Robert Sondergaard will do the lighting and Nicol Spinola will choreograph the musical. Set design is by Tony Barton, and Chantal Short will design the charming costumes.

Align Entertainment has proudly been bringing fan-favourite, award-winning and family-friendly productions to the Michael J. Fox Theatre since 2014. The company was the first on the British Columbian West Coast to mount Shrek The Musical, The Addams Family Musical, Chitty Chitty Bang Bang, and The Little Mermaid — all to fantastic critical response. Over the seasons, Align Entertainment’s production team and casts have been recognized with Ovation Awards across many categories. The company opened its 2018/19 season with A Christmas Story: The Musical and will close with the upcoming production of Annie: The Musical.