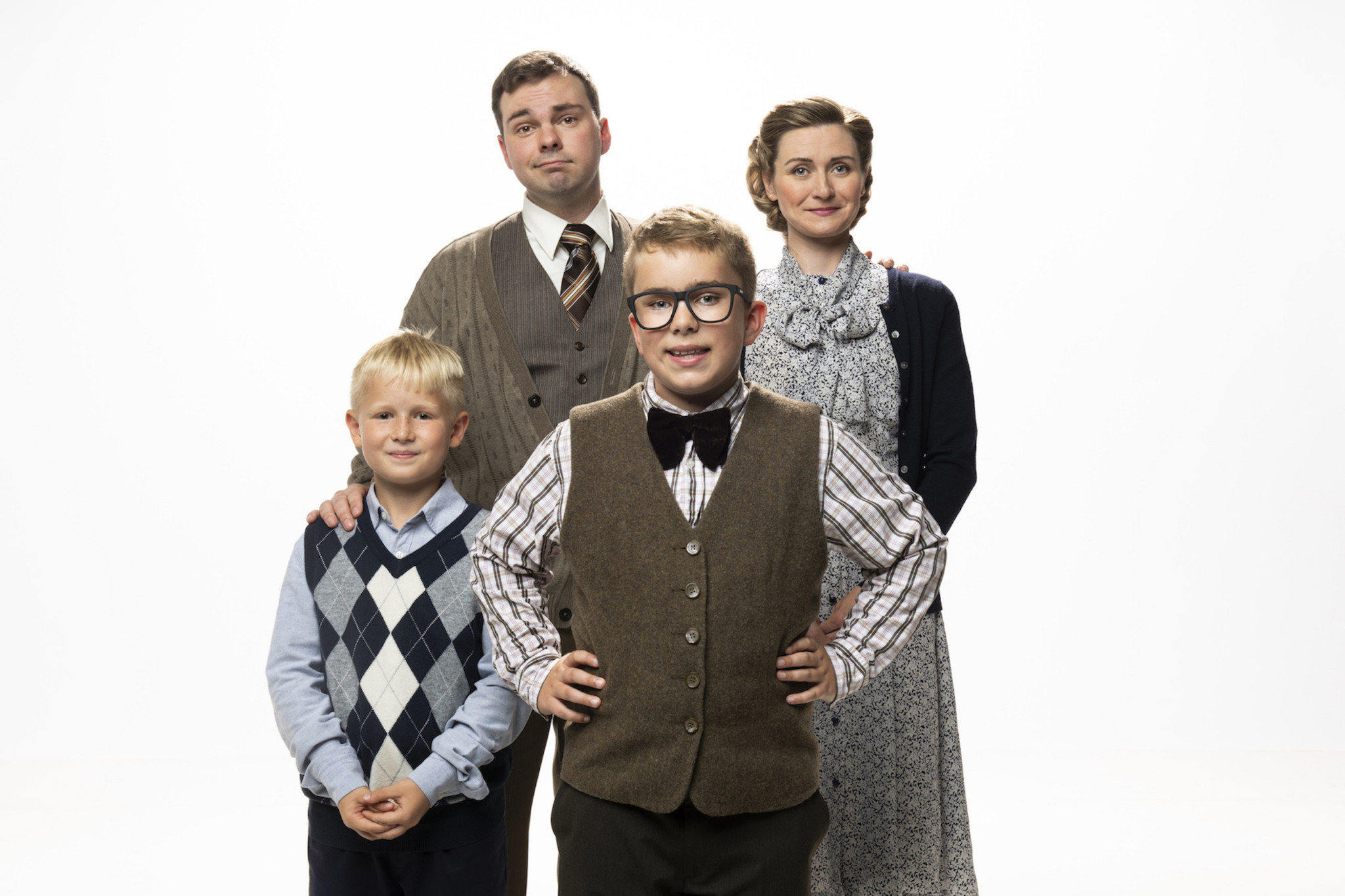 Align Entertainment presents the hilarious holiday classic A Christmas Story: The Musical from November 2–17, 2018, at the Michael J. Fox Theatre in Burnaby. The multi-Ovation Award-winning producers have assembled a talented cast of local stars and young up-and-comers for the heartfelt Broadway adaptation of Jean Shepherd and Bob Clark’s 1983 film. The musical is set to an infectiously delightful score by Benj Pasek and Justin Paul (creators of La La Land and The Greatest Showman), and follows the story of 9-year-old Ralphie Parker, who wants nothing more for Christmas than an official Red Ryder Carbine Action BB gun. The story is a celebration of childhood and imaginative discovery, a triumphant family-friendly experience that will hit home with anyone who ever desperately wanted a toy during the holidays.

“A Christmas Story is a quirky holiday classic about a wholesome family founded on unconditional love,” says director and co-producer Chad Matchette. “Generations have been drawn to the young protagonist, Ralphie, who is at the crux of childhood. His innocence and persistence remind us of a quieter and perhaps less-complicated era. It’s no surprise that this iconic tale was adapted into a musical. Through its utterly timeless score and evergreen optimistic message, our astonishing cast of triple-threat talents will set the stage with a festive reminder of the magic found in pursuing our dreams — big or small.”

The 1983 film A Christmas Story was inspired by semi-fictional tales in Jean Shepherd’s 1966 book In God We Trust: All Others Pay Cash, combined with elements from his 1971 book Wanda Hickey’s Night of Golden Memories. The musical adaptation offers a delightful journey into the world of Ralphie, an adventurous young dreamer in 1940’s America on a quest to receive the ultimate Christmas gift: the official BB gun of the heroic, baddie-defeating cowboy, Red Ryder. Foiled at every turn, Ralphie remains adamant in his plotting and planning to acquire his coveted gift come Christmas Day. Updated for the stage, the musical adaptation contains fresh surprises for fans of the film, while continuing to revisit its iconic scenes, including trips to Higbee’s downtown window displays, shopping for Christmas trees, and life lessons learned along the way (and, naturally, the leg lamp). The insightful coming-of-age tale presents a cheery, yet honest narrative of youth — and the common themes it shares with adulthood.

The musical comedy premiered on Broadway in 2012, receiving three Tony Award nominations. The work’s enchanting songs include: “It All Comes Down to Christmas,” “Ralphie to the Rescue!” and the energetic “You’ll Shoot Your Eye Out!” From upbeat jazzy numbers to poignant ballads, the spirited score is carried by a diverse ensemble of youngsters and grown ups accompanied by a live 12-piece orchestra. Ranging in age from 9 to 55, the company represents a brilliant cross section of Vancouver’s brightest local talent.

Playing Ralphie is emerging star Owen Scott, a student of musical theatre and dance at the Lindbjerg Academy of Performing Arts who was last seen in Joseph and the Amazing Technicolor Dreamcoat (Align Entertainment). Stefanie Stanley will play Ralphie’s Mother; she has been previously seen as Elle’s mother in Align Entertainment’s Legally Blonde: The Musical, as well as Bonnie & Clyde, The It Girl, and Chitty Chitty Bang Bang. Audiences can also look forward to Brennan Cuff (The Addams Family Musical) as the Old Man, and Trent Gluckler as the dulcet-toned narrator Jean Shepherd. Georgiy Rhatushnyak is impeccably cast as Randy, Ralphie’s little brother, and Lucas Gregory will have audiences in stitches as Flick, Ralphie’s best friend, who is learning everything he needs to know about tongues and flagpoles.

About Align Entertainment (alignentertainment.ca)
Align Entertainment has proudly been bringing fan-favourite, award-winning and family-friendly productions to the Michael J. Fox Theatre since 2014. The company was the first on the British Columbian West Coast to mount Shrek The Musical, The Addams Family Musical, Chitty Chitty Bang Bang, and The Little Mermaid — all to fantastic critical response. Over the seasons, Align Entertainment’s production team and casts have been recognized with Ovation Awards across many categories. The company opens its 2018/19 season with A Christmas Story: The Musical and will continue next year with Annie.