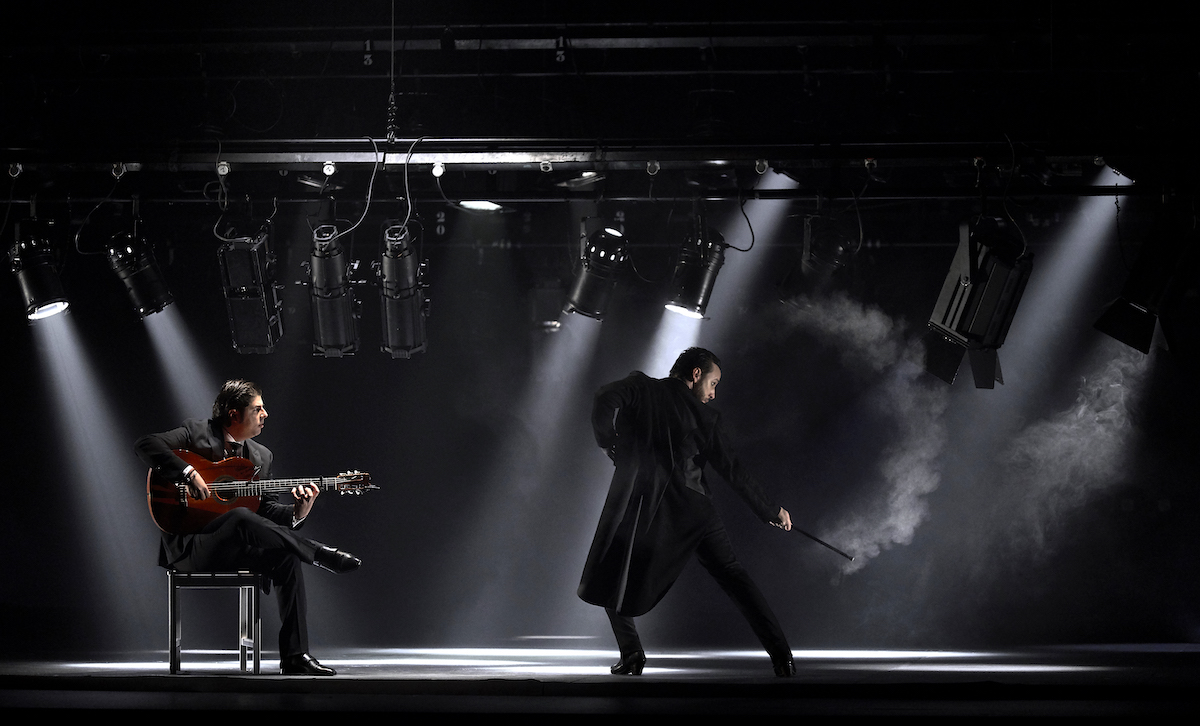 The 2019 Festival proudly presents the Canadian debut of Spain’s Manuel Liñán Company in Baile De Autor. Manuel Liñán is one of the main current references in the renewal of both Spanish and flamenco dance.

BAILE DE AUTOR unites Manuel Liñán as choreographer and performer. After choreographing for other renowned companies such as the Ballet Nacional de España, Nuevo Ballet Español, Rafaela Carrasco, Belen Maya; and having made his mark as a solo dancer, Manuel Liñan sets forth these two facets, which have defined his career. Manuel presents a space in which the director, the author, creates different scenes during the work, breathing life to each element: light, sound, song, guitar, music, dance; a fantasy which creates connecting ties for the artist as choreographer and dancer. A director that dreams of a dancer dancing. The result is a dancing fantasy divided into different choreographies, with a show that lives in the mind of the artist and his creativity. A dream which he alone imagines and which we can all witness, an awakening and the VOID.

The Festival also features some of the finest Canadian and International Flamenco artists with performances at the intimate Waterfront Theatre on Granville Island:

La Otra Orilla is working this year on her new opus, a creation for four performers: a dancer, a singer, a pianist and a percussionist. An excerpt was performed in Spring 2019, however this performance will be the world premiere of the full-length work. Myriam Allard and Hedi Graja bring together two diametrically opposed worlds: that of a language, flamenco, and that of the imagination, embodied by the ice flow. In this new offering, the iconoclastic duo assembles a visual environment, sound references and elegant, passionate colours, continuing a journey they began ten years ago. In this flamenco story—the senses collide in an original and poetic piece.

This exciting new production explores the personal journey of Deborah “La Caramelita” Dawson as a South Asian flamenco dancer that spans three continents to illustrate the identity, authenticity, and equality of dance. It explores the bonds between Flamenco and India in a uniquely choreographed mosaic of movements that blends the influences born out of an Indian heritage, a Malaysian parentage and a Spanish tutelage. As a Vancouver native and Flamenco Rosario alumni, Dawson is excited to return to her roots, while also conveying a European flavour with her company performers.

In her ongoing exploration of the flamenco art form, Artistic Director/Choreographer Rosario Ancer, and Musical Director Victor Kolstee, in collaboration with guest dancer/choreographer from Sevilla, Gabriel Aragu, will be presenting a set of new choreographies. Ephemeral worlds, silences, stillness, fast paced, physical and emotional strength will be tested.

“We return for the 29th season with a passionate and fiery lineup of some of the most innovative and revered flamenco artists of our time,” says Rosario Ancer, Artistic Director and Founder, Vancouver International Flamenco Festival. “Furthering our legacy of exposing audiences to premiere traditional & contemporary flamenco, we proudly present Spain’s Manuel Liñán Company as the festival’s headline event.”

As one of few celebrated festivals devoted to Flamenco Art in North America, the VIFF has since its beginnings in 1990 grown to a mature understanding of Vancouver’s multicultural audiences by nurturing the form’s hybridized roots in Sephardic, Persian, Gypsy and Indian cultures and by striving to reflect and connect its diverse sociocultural identity through work narratives underlining flamenco’s universal message of humanistic tolerance. Now a two week long annual event, the festival lends its visibility throughout multiple venues and locales in downtown Vancouver including the Waterfront Theatre, Vancouver Playhouse, Scotiabank Dance Centre, and Vancouver Public Library. With over a quarter century of flamenco presence behind it, the festival brings the city into stronger light for younger generations of dancers all around the world, while building new relationships with growing sister organizations across the nation through its eastern border, helping to forge a more integrated Canadian identity of flamenco.

FOUNDED BY FLAMENCO ROSARIO IN 1990

Flamenco Rosario holds a mandate to develop dance, music works and dance artists, in both the authentically traditional and contemporary innovative styles of Flamenco. Drawing the organization’s mission from this mandate, the company shares its passion for flamenco’s raw, emotional power and disciplined musicality through performances, workshops and professional training across Vancouver. Under the direction of Artistic Director Rosario Ancer and Musical Director Victor Kolstee, the company was founded in 1989, Flamenco Rosario registered as a non-profit society in BC in August 1997 under the legal name Rosario Ancer Flamenco Arts Society, achieving registered charity status in 1999. As an interpreter of flamenco dance, Artistic Director Rosario Ancer is interested in the continuing growth and evolution of the art form, rather than simply reiterating its past.  The company explores the possibilities of flamenco by crossing boundaries of history and culture, incorporating dancers from other dance traditions, international dance artists, musicians and vocalists into the development of new work. Ongoing activities for Flamenco Rosario include the popular In-Studio series featuring traditional dance styles, the Vancouver International Flamenco Festival showcasing local and national and international guest artists, and Mainstage performances allowing for artistic experimentation. The company continues to honor the rich flamenco tradition and to produce presentations which stretch the boundaries and evolution of the art form.