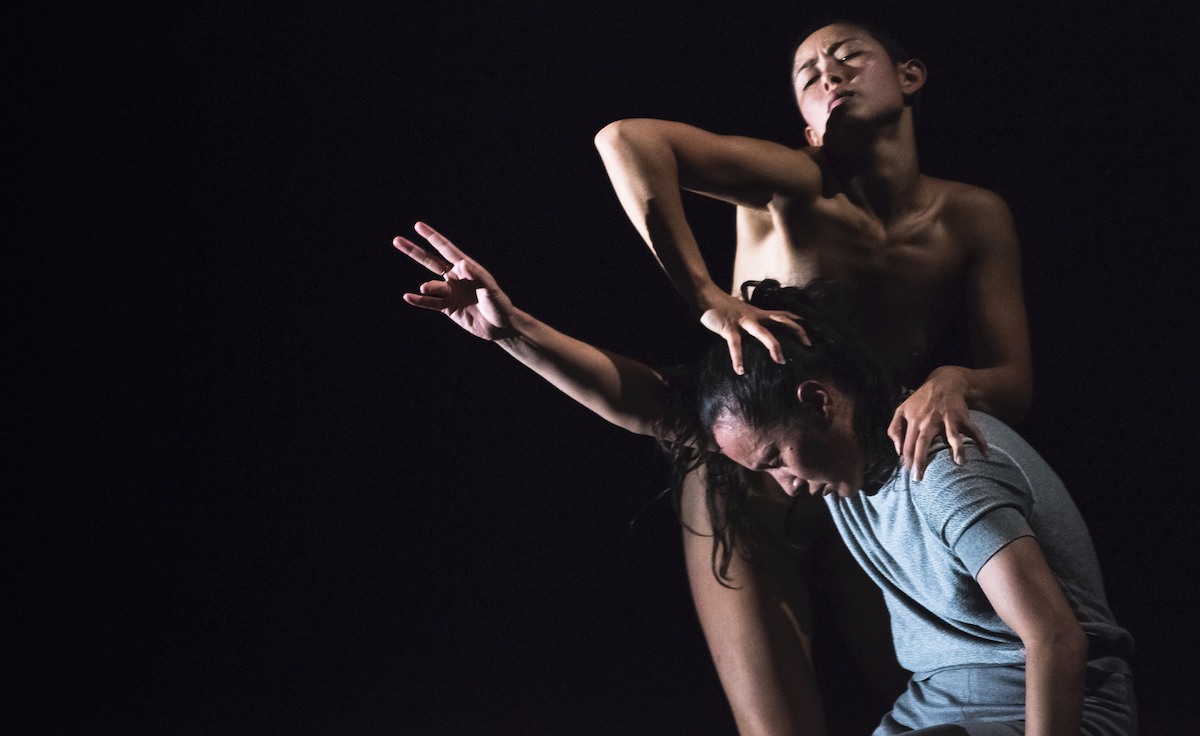 Australian choreographer Lucy Guerin’s sharp, elegant Split reflects the dilemmas of negotiating with oneself and others in a world of increased pressure and reduced resources. Two outstanding female dancers – one clothed and one naked – are framed by ever-diminishing dimensions of space and time with escalating intensity, accompanied by a pulsing electronic score by UK composer Scanner. Cycling through competition, negotiation, harmony and aggression, this thought-provoking, multilayered work has received numerous awards, and has toured to audience and critical acclaim to cities across Europe, North America and Asia.

Guerin’s Attractor, choreographed with Gideon Obarzanek for Dancenorth Australia, was one of the highlights of the 2019 PuSh International Performing Arts Festival, and she has also been commissioned by leading organizations including Mikhail Baryshnikov’s White Oak Dance Project, Rambert, and Chunky Move.

Lucy Guerin Inc is an Australian dance company established in Melbourne in 2002. Renowned for the skill and originality of its small group of performers, it is dedicated to challenging and extending the art of contemporary dance. New productions are generated through an experimental approach to creative process, and may involve voice, video, sound, text and design as well as Guerin’s lucid physical structures.

The company has evolved from a structure that enables Guerin’s choreographic projects, to an organization that also supports the development of independent dance artists in Melbourne. Through a program of residencies, classes, workshops, presentations and mentoring opportunities, it is responsive to the shifting ideas and contexts generated by dance and choreography in the world today. In 2019, Lucy Guerin Inc premiered Make Your Own World, presented by Arts House as part of the Dance Massive festival in Melbourne. Other recent works include Split (2017), Attractor (2017), a collaboration with Gideon Obarzanek, Dancenorth and Indonesian music duo, Senyawa, and The Dark Chorus (2016). The company regularly tours both nationally and internationally to Europe, Asia, Canada and the US.

Commissioned and presented by Arts House as part of Dance Massive 2017.

The operations of The Dance Centre are supported by the Canada Council for the Arts, the Government of Canada, the Government of British Columbia, the BC Arts Council, and the City of Vancouver through the Office of Cultural Affairs.

The operations of The Dance Centre are supported by the Canada Council for the Arts, the Government of Canada, the Government of British Columbia, the BC Arts Council, and the City of Vancouver through the Office of Cultural Affairs.