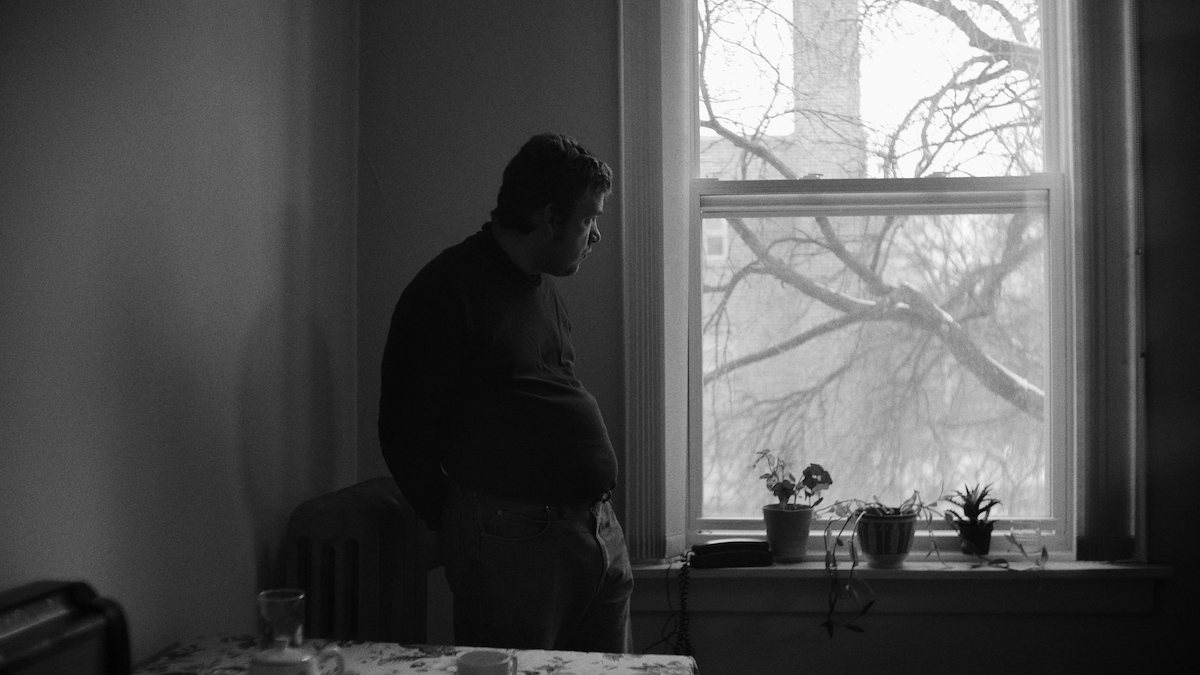 During the 1980’s, Winnipeg radio was dominated by Peter Warren and his “Action Line” programme, during which he responded to calls, complaints and opinions from listeners on every possible topic including snow removal, tax questions and slow responses to 911 calls. Not only did listeners phone in, they wrote letters, many of which he kept in a special file he called “cranks”.

“Cranks”, the documentary, cleverly imagines the lives of some of the people who wrote these letters to the “Action Line”. The film, shot in black and white, uses many local actors to achieve the ‘80’s look. Everyone is always listening to the radio and sometimes the movie audience sees actual “crank” letters superimposed with the action on the screen.

The stories within the story are fascinating. For example, there is a young woman who sees and hears things that may or may not be in her apartment, an older woman who is convinced that she is pregnant, and a handyman who toils fruitlessly to make anything work. Their lives, and those of a few other interesting characters, are woven throughout the film.

Director Ryan McKenna has assembled a thoroughly entertaining glimpse into the “pre-social media” era and some of the more unusual techniques that people might have employed to make sense of their lives before the coming of the internet.

Vancouver International Film Festival 2019 “We Are Not Princesses” – a review

Canadian films at VIFF 2019 present a diverse set of experiences