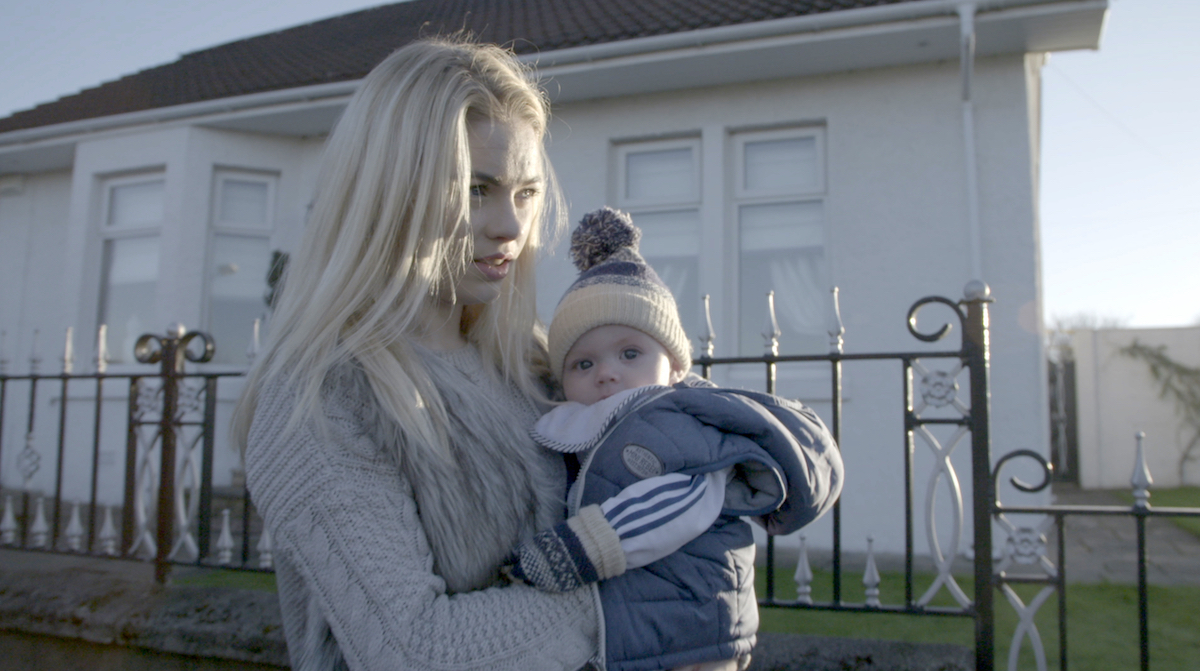 “Scheme Birds”, a compelling coming of age documentary directed by Ellen Fiske and Ellinor Hallin, tells the story of Gemma, a teenager from Motherwell, Scotland. A once thriving town, the Steelworks was suddenly shut down. It was actually blown up the year Gemma was born and, she laments, the residents still have nothing to do.

The young people live in the world of the ‘scheme’, their low cost housing project, where criminal behavior and violence are daily occurrences.   Reared by her grandparents after being abandoned by her parents as a baby, Gemma has developed skills both in boxing and tending to pigeons while under the watchful eye of her grandfather. “I never ran from fighting; I always stood”, she says of herself. Although she sees no future for herself there, she assumes she will always stay.

Her life moves forward in drearily predictable fashion. Alcohol and drug infused fights occur almost daily. Gemma’s boyfriend, Pat, and her friend Amy’s beau, JP, are frequently involved; both have been to “the jail”. Her choice of boyfriends causes a falling out with her grandfather. She becomes pregnant and moves into a tiny flat with Pat, who vows to change his ways. The future, for a moment, looks rosy, but of course, it is not.

The flat becomes a party house and is a mess; Pat can no longer be counted on. Her friend, JP, is critically injured in a fight and is in a coma. Amy is now pregnant and on her own as well.

Grandpa’s pigeons make several appearances in the film. Gemma includes a pigeon in her first tattoo and later reflects that they can be here today and gone tomorrow. They fly all over the world and relocate. “Most make it home, but some just fly off and do their own thing.” Following a traumatic year after the birth of Liam, Gemma decides to follow the pigeons by seeking a better future for herself and her son.

“Scheme Birds” is a beautifully crafted film. The intimacy with which Gemma allows her life to be shared is powerful; viewers feel what she feels and hope along with her that the next chapters of her life bring her the fulfillment she deserves.

The winner of the Best Documentary Award at the 2019 Tribeca Film Festival, “Scheme Birds” will be shown on: