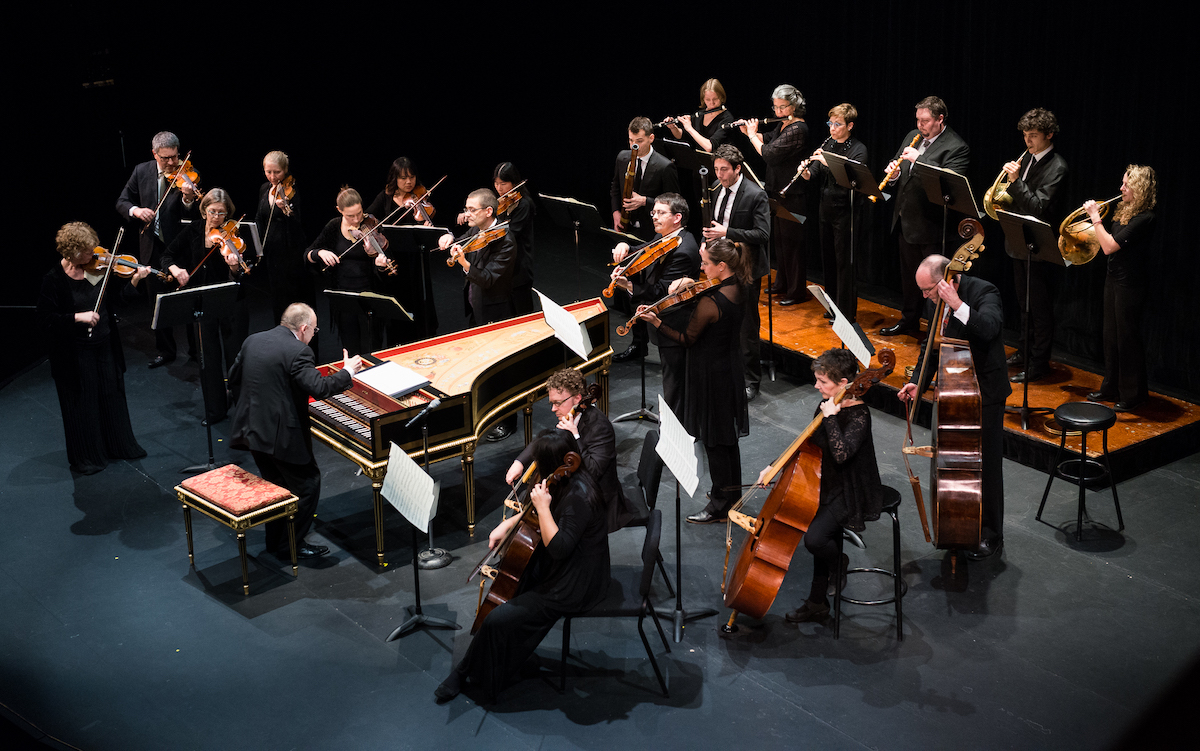 Early Music Vancouver (EMV) invites audiences to celebrate the festive season with the much-anticipated return of Handel’s Messiah, on November 30, 2019 at 8:00 pm at the Chan Centre for the Performing Arts. Following the dramatic success of EMV’s 2017 production, celebrated guest conductor Ivars Taurins travels from Toronto to lead the combined forces of the Pacific Baroque Orchestra (PBO), the Vancouver Cantata Singers, and four internationally acclaimed vocalists in a thrilling period instrument performance of the all-time seasonal favourite.

“EMV has always prided itself on bringing repertoire to light that our public may not already know. However, there is real value in bringing back iconic works that have become traditions or rituals for good reason,” says EMV’s Executive and Artistic Director Matthew White. “When performed with a commitment to the language, musical style, and spirit in which it was originally conceived, Handel’s Messiah still has the power to strike like a thunderbolt.”

Handel’s Messiah is one of the most recognizable works in the classical repertoire and has an unbroken performance tradition dating back to its debut in 1742. Today, the work is often heard with a chorus made up of hundreds of singers and supported by the instrumental forces of a modern symphonic orchestra. However, EMV’s presentation will demonstrate that the audience’s experience of the piece changes dramatically when period instruments are used, the sheer number of musicians is reduced, and the artists employ musical style and gesture that Handel himself would still recognize. EMV’s Messiah will feature a baroque chamber orchestra of 20 period instrumentalists, a chorus of 40 singers, and soloists steeped in baroque vocal performance practice, allowing for a reading of the work that is nimble, nuanced, and steeped in the sounds of 18th century England.

The brilliant work is divided into three parts, each made up of several scenes. Part One offers comforting prophecies of salvation, and a jubilant musical accounting of Christ’s birth. Part Two is the emotional core of the work, depicting Christ’s passion, death, resurrection, and ascension into heaven. Part Three is one of joyful affirmation and thanksgiving, inviting listeners to celebrate the gift of eternal life offered by Christ’s sacrifice. The exuberant and iconic “Hallelujah Chorus” has become so recognizable in Western culture that it is now almost synonymous with celebration.

Written by Handel in just 24 days, Messiah has the capacity to touch people of different backgrounds, faiths, and cultures. “This yuletide masterpiece offers universal messages of seeing hope in the darkness, the importance of goodwill towards men, and the potential for peace on earth,” White continues. “That there is an unbroken tradition of annual Messiah performances in Canada going back to St. Paul’s Anglican Church in Halifax in 1789 is a testament to our enduring fascination with this great work. We are honoured to welcome one of Canada’s undisputed champions of Handel’s vocal music, Ivars Taurins from the Tafelmusik Chamber Choir, as our guest musical leader. Nobody knows or loves this music more than Ivars!”

Taurins is hailed by the Toronto Star as Canada’s “Prince of Messiah.” He has conducted the work annually for the last 37 years with the Grammy-winning Tafelmusik Baroque Orchestra and appears regularly as a guest conductor of orchestras and choirs across Canada. A passionate teacher and lecturer, Taurins teaches orchestral conducting and directs the Baroque Ensemble of the Collegium Musicum at the University of Toronto. He is also an in demand guest lecturer, adjudicator, and clinician with several prominent universities and organizations across the country such the Glenn Gould Professional School in Toronto, Université de Sherbrooke in Quebec, Queen’s University, the Universities of Western Ontario, and the Association of Canadian Choral Conductors. Taurins was nominated for a 2011 Gemini Award for his performance as George Frideric Handel in Sing-Along Messiah, filmed by 90th Parallel Productions for Bravo! Television.

This spectacular performance will also feature four international soloists, who all have extensive experience performing Handel with some of the most respected baroque specialists in the world: Joanne Lunn (soprano), Krisztina Szabó (mezzo-soprano), Thomas Hobbs (tenor), and Peter Harvey (baritone). This dream team of vocal soloists will partner with Vancouver’s Juno-nominated Pacific Baroque Orchestra (PBO), and the Vancouver Cantata Singers, for the return of a deeply engaging and revelatory take on Handel’s beloved oratorio.

ABOUT EARLY MUSIC VANCOUVER (earlymusic.bc.ca)
For 50 years, Early Music Vancouver (EMV) has dedicated itself to fostering an understanding and appreciation of musical treasures from the Renaissance, Baroque, and Classical periods. Currently under the leadership of Matthew White — renowned countertenor and founding director of the Québec-based ensemble Les Voix Baroque —EMV continues to garner international acclaim as the largest presenter of early music in Canada, and as one of the most active and innovative organizations in its field in North America. EMV is proud of its educational outreach initiatives that include its popular, annual summer festival at UBC’s School of Music; a new Baroque Mentorship Orchestra; community lectures; and instrument instruction and preservation.