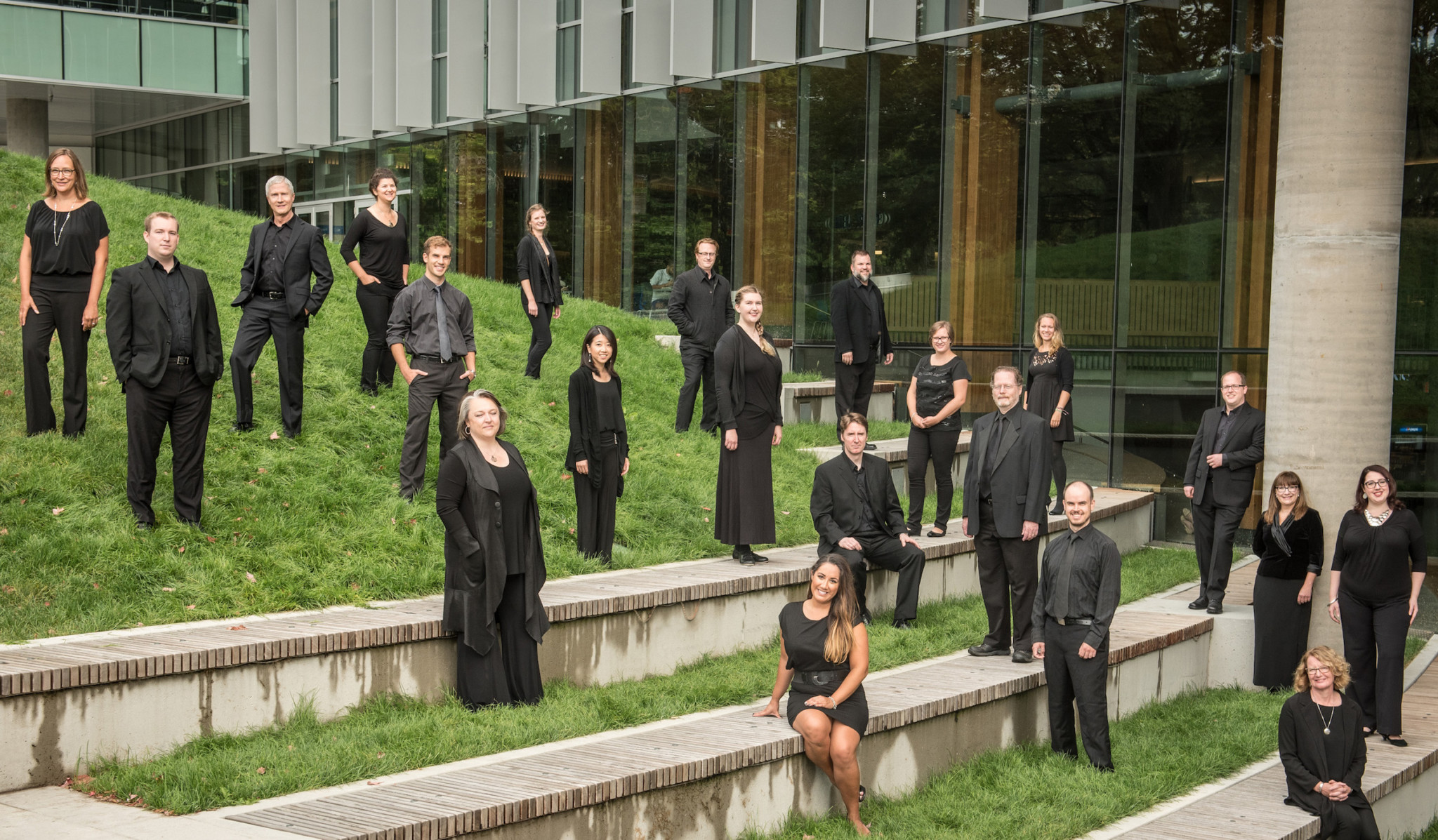 On Saturday, May 12th, the Vancouver Cantata Singers conclude their highly successful 60th season by presenting Kantatefeier: A Cantata Celebration at Christ Church Cathedral in downtown Vancouver. The concert features cantatas and motets by J.S. Bach, plus a new choral composition by Jocelyn Morlock, winner of the 2018 Juno award for Best Classical Composition.

After forming in 1958 under Hugh McLean and with little financial support, the Vancouver Cantata Singers performed Bach’s B Minor Mass in February 1959 at Christ Church Cathedral. Almost ten years later, our second conductor, John Wiebe started his position with the choir leading Bach’s St. John Passion. Our third conductor, James Fankhasuer, who led the choir for 26 seasons, brought the choir much fame for singing rapid Baroque runs with grace and clarity, winning the international “Let the Peoples Sing” competition, and presenting a concert tour in Germany which presented music by the Bach family in churches in which the various Bachs had worked as choirmasters. Kantatefeier: A Cantata Celebration honours our lengthy history and love of Bach’s music.

Tickets prices are adults $30, students $20, and youth $10. Tickets are available online at https://kantatefeier.eventbrite.com

Vancouver Cantata Singers celebrates its 60 anniversary this season and has become one of Canada’s preeminent, award-winning choral ensembles. Vancouver Cantata Singers is known for technical virtuosity, fine blend and exceptionally high performance standards encompassing 500 years of choral repertoire. The Cantata Singers have been awarded the Canada Council’s top prize in choral singing, the Healey Willan Grand Prize, more than any other choir in the country. VCS also commissions new works from critically acclaimed composers which have led to extremely successful and innovative collaborations with regional and international artists and ensembles.

Paula Kremer, a native of Vancouver, studied music at Vancouver Community College and the University of British Columbia. Since 1997, she has been on faculty at VCC, where she teaches choir, voice and aural skills. She conducted the Vancouver Bach Choir’s Sarabande ensemble and the Vancouver Bach Youth Choir from 2009 to 2017. A seasoned soloist and ensemble singer, Ms. Kremer has sung in this capacity locally and abroad with high-level ensembles, including her 19 years in VCS under James Fankhauser (conducted 1973-2000) and Eric Hannan (2002-2012). Kremer was the VCS’ Guest Conductor for four concerts, which included the acclaimed performance of Brahms’ German Requiem in 2011. She became the Artistic Director of VCS in the summer of 2013.