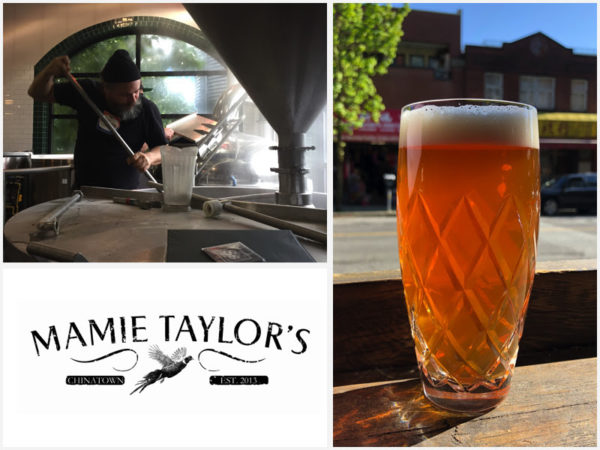 At a reasonable 5.1% alcohol by volume, Mamie Taylor’s Cold Tea Pale Ale is perfect as a spring and summer sipper, whether on Mamie Taylor’s small and sun-filled street-front patio or while hiding out in the restaurant’s secluded back bar,” says Marshall.

Mamie Taylor’s Cold Tea Pale Ale will be available on tap for $8 a pint beginning Friday, May 6.

About Mamie Taylor’s:  At the vanguard of the Vancouver’s reinvigorated Chinatown culinary scene, Mamie Taylor’s is a modern American restaurant specializing in imaginative, regional comfort food with a killer cocktail list. We also have taxidermy.