Concert series in partnership with BC Used Oil Management Association

BC Used Oil Management Association (“BCUOMA”), a not-for-profit group dedicated to the collection and recycling of lubricating oil, oil filters, oil containers, antifreeze and antifreeze containers in British Columbia, has partnered with ARTist Response Team (“ART”) on the 4thAnnual “Rock The Salish Sea!” Concert Series. Students from Lau’Welnew Tribal school in Sidney will perform the “Rock the Salish Sea” concert, taking place atMary Winspear Centre – 2243 Beacon Ave, Sidney, BC, November 21. The doors open at 6:30 p.m. and the show will begin at 7 p.m. 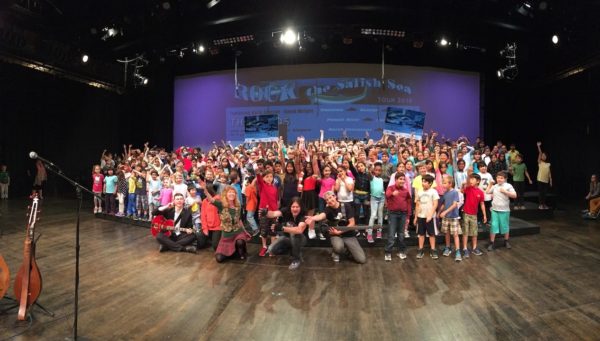 The students will perform with Holly Arntzen and Kevin Wright and The Wilds Band, and will sing original eco-rock songs about oceans and watersheds, wild pacific salmon, climate change and Indigenous traditional knowledge about treating the natural world as our relations. The Salish Sea’s habitats sustain wild Pacific salmon, ecosystems and human communities. ART hopes that “Rock the Salish Sea!” will inspire people to take local action to protect the watersheds that feed into the inland ocean, address climate change, and restore wild salmon runs to abundance.

“Our partnership with ART and the ‘Rock the Salish Sea!’ Concert Series is an important initiative for us as we understand the need to educate children on ecosystems, and the need to protect our watersheds,” said David Lawes, Executive Director, BC Used Oil Management Association. “BCUOMA is an environmental stewardship and we take the task of informing all British Columbians about these important initiatives very seriously. ART helps us reach young people in a way that’s entertaining and educating.”

The Lau’Welnew Tribal school students have been practicing their performance for several weeks, and Arntzen and Wright led a 4-day artist in residence music program with the students based on ART’s “Voices of Nature” model that uses music for cross-curricular ecological education. 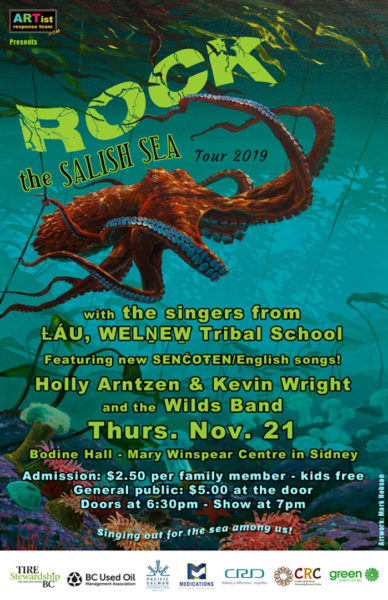 For more information on “Rock the Salish Sea!” and other Artist Response Team programs visit www.artistresponseteam.com.

About BC Used Oil Management Association

Formed in 2003, the British Columbia Used Oil Management Association (BCUOMA) is a not-for-profit groupdedicated to the collection and recycling of lubricating oil, oil filters, oil containers, antifreeze and antifreeze containers in BC. Our goal is to provide British Columbians with an eco-friendly and cost-effective way to dispose of these materials. Used oil is a valuable resource and if it is disposed of at a BC Used Oil Recycling Centre, it can be recovered and re-used. Used oil can be re-refined into new lubricating oil and used as a fuel in pulp mills, cement plants and asphalt plants. Any vehicle maintenance facilities, automobile owners, and other machinery maintenance operations that use oil also can use re-refined oil.

Each year, approximately 50 million litres of oil, and 3 million liters of antifreeze are collected and responsibly managed through the approximately 300 public collection facilities and over 4,000 generators across the province, which are managed by the BCUOMA program.   For more information, visit bcusedoil.com.