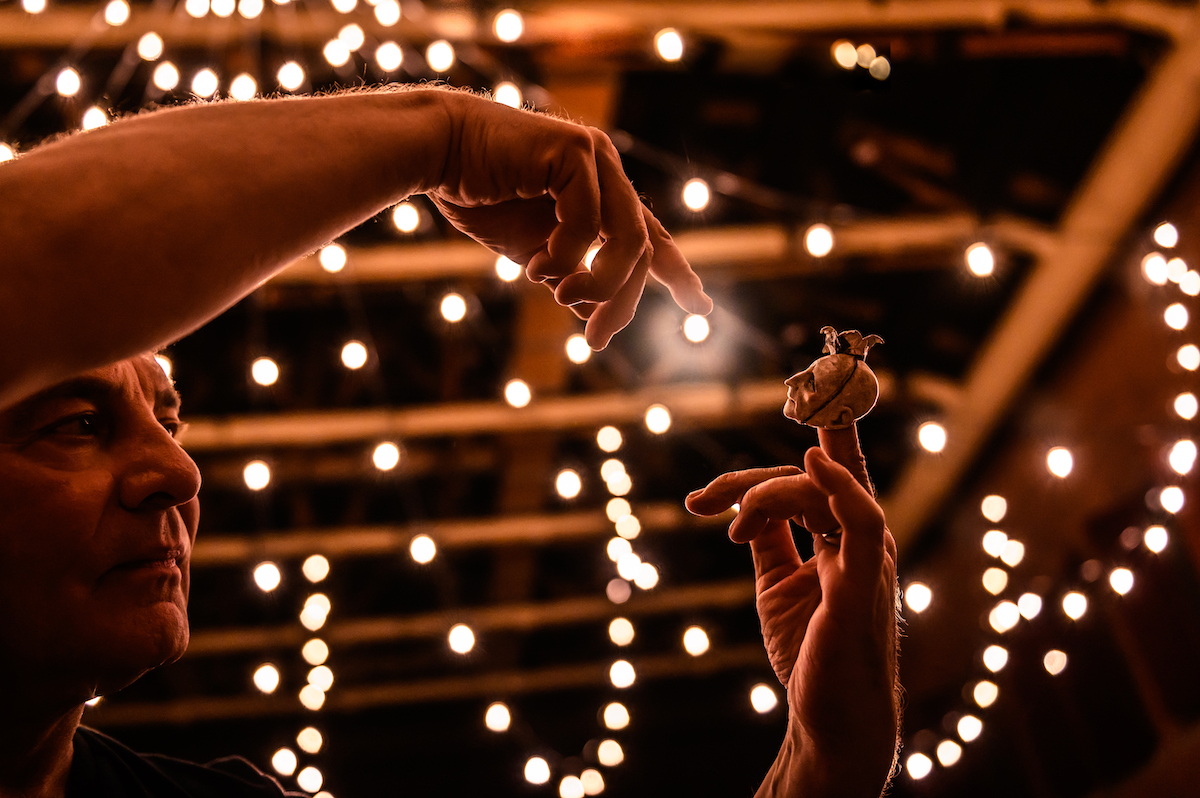 100 people, 100 puppets, a secret location, and the one and only Ronnie Burkett!

The Cultch is thrilled to present the Vancouver premiere of Ronnie Burkett’s Forget Me Not, February 4- March 1, 2020. Forget Me Not will run for four weeks in a secret location, revealed to audience members before the show.

Welcome to “The New Now”—a time when written language has been suppressed and forgotten and hand-drawn love letters have become a powerful act of defiance. Unlike anything previously experienced, this mysterious and thrilling new production offers each audience member the rare opportunity to hold a one-of-a-kind Ronnie Burkett hand puppet. Becoming a puppet chorus, the audience both witnesses and propels the story as it unfolds. An inspiring theatrical love letter for increasingly uncivilized times.

Commissioned by LUMINATO, Forget Me Not is the fourteenth production from Ronnie Burkett Theatre of Marionettes. His boundary pushing work in Canada and internationally has garnered Burkett great renowned, as well as many prestigious awards, including the Siminovitch Prize in Theatre and The Herbert Whittaker Drama Bench Award. In 2019, Ronnie Burkett was appointed as an Officer of The Order of Canada. Forget Me Not affords Burkett’s enduring fans the unique experience of handling one of his meticulously created puppets, and becoming a part of the latest production from the award-winning innovator.

“Forget Me Not is lively and raucous and tender and also a deeply longing work – longing for connection, for communication, for love, for safety, for ritual, for comfort… It was a wild ride that I’m glad I took, and commend to you as well.”— Mooney on Theatre

“Burkett’s big innovation this time involves his use of the audience. This is a fully interactive and participatory experience.” — Now Toronto

Created and Performed by Ronnie Burkett

Ronnie Burkett has been captivated by puppetry since the age of seven, and began touring his shows around Alberta at the age of fourteen. Ronnie Burkett Theatre of Marionettes was formed in 1986, continuously playing on Canada’s major stages, and as a guest company on numerous tours abroad. Ronnie received the 2009 Siminovitch Prize in Theatre, The Herbert Whittaker Drama Bench Award for Outstanding Contribution to Canadian Theatre, a Village Voice OBIE Award, and four Citations of Excellence from the American Center of the Union Internationale de la Marionnette. In 2019, Ronnie Burkett was appointed as an Officer of The Order of Canada.

Since 1973, The Cultch (formally the Vancouver East Cultural Centre) has been one of Vancouver’s most diverse and innovative arts and cultural hubs. The org

anization operates three theatrical venues, a gallery, and various ancillary spaces in the heart of East Vancouver. The Cultch offers dynamic contemporary programming in theatre, dance, music, and the visual arts, bringing world-class cultural presentations to thousands of citizens each year through its own programming and through providing rental opportunities for community users. Our purpose is to provide a venue for performance that serves a diverse and engaged public and provides space for artistic experimentation and development, building an audience for local companies and presenting cutting-edge national and international work.