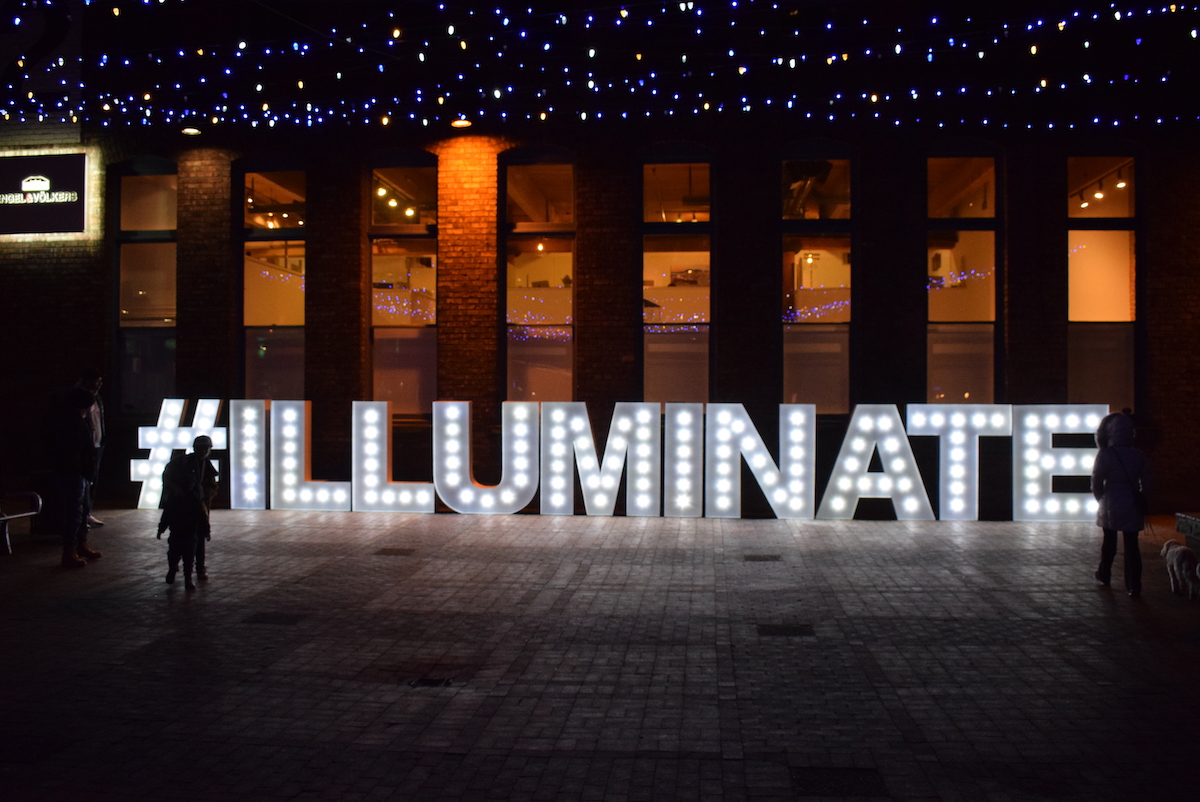 For this first time ever, Illuminate is set to take over Yaletown for two-nights, transforming the neighbourhood into an immersive, interactive, and awe-inspiring light show, complete with games, installations, and amazing photo opportunities. From precisely 5:30pm – 9:00pm on February 14th and 15th, visitors can expect the 1200 block of Hamilton Street and Bill Curtis Square (behind Yaletown-Roundhouse Station) to be brightly lit and filled with activities for everyone. Visitors looking to turn the two-night celebration into a stay-cation are encouraged to book in early at Yaletown hotels the Opus Hotel or Rosedale on Robson.

New this year, Illuminate Yaletown will pay tribute to the 10th anniversary of the 2010 Winter Olympics that took place in Vancouver, with illuminations such as Olympic rings available for guests to sit in and take photographs, and special Olympic themed cocktails mixed by participating restaurants available for the two-night celebration only.

“We’re very excited to bring Illuminate back this year, and for two-nights.” Says Annette O’Shea, Executive Director of the Yaletown Business Improvement Association. “Being able to showcase light art technology designers in a lively and bustling neighbourhood always makes for an amazing evening. We’re even more excited this year by the tribute to the 2010 Vancouver Olympics. Guests can expect never before seen activations and some amazing virtual-reality experiences.”

Notable and new installations this year include giant inflatable game pieces from Tangible Interaction, a virtual game room by Go2 Productions, and a neon jungle perfect for selfies presented by Hfour Productions. For the adults that are young at heart, an outdoor LED playground will transform Yaletown into a schoolyard, complete with swings and teeter-totters. Lastly, visitors can relive the 80’s in an arcade sponsored by Soho Bar and Billards featuring all the classics like Frogger and PacMan.

For those wanting a beverage after touring the attractions, West Oak, Banter Room, Sciué Italian Bakery Caffé, House Special, Robba da Matti, Yaletown Brewing Co. and The Distillery Bar + Kitchen will be mixing up Olympic themed cocktails to pay tribute to the 2010 Winter Olympics 10th anniversary. These cocktails will be available solely on February 14th and 15th.

Illuminate Vancouver is set to take place on February 14th and 15th, from 5:30pm – 9:00pm. For more information on the event, please visit www.yaletowninfo.com.

About Yaletown Business Improvement Association The Yaletown BIA is an independent nonprofit association of commercial property owners and business tenants who joined together to promote and improve the economic vitality of the Yaletown neighbourhood. Today, the Yaletown BIA is an organization capable of handling top-tier international opportunities such as the 2010 Olympics, hosting well-healed travel writers from around the world and producing outstanding public events that attract thousands of shoppers and diners annually. For more information, please visit Yaletowninfo.com