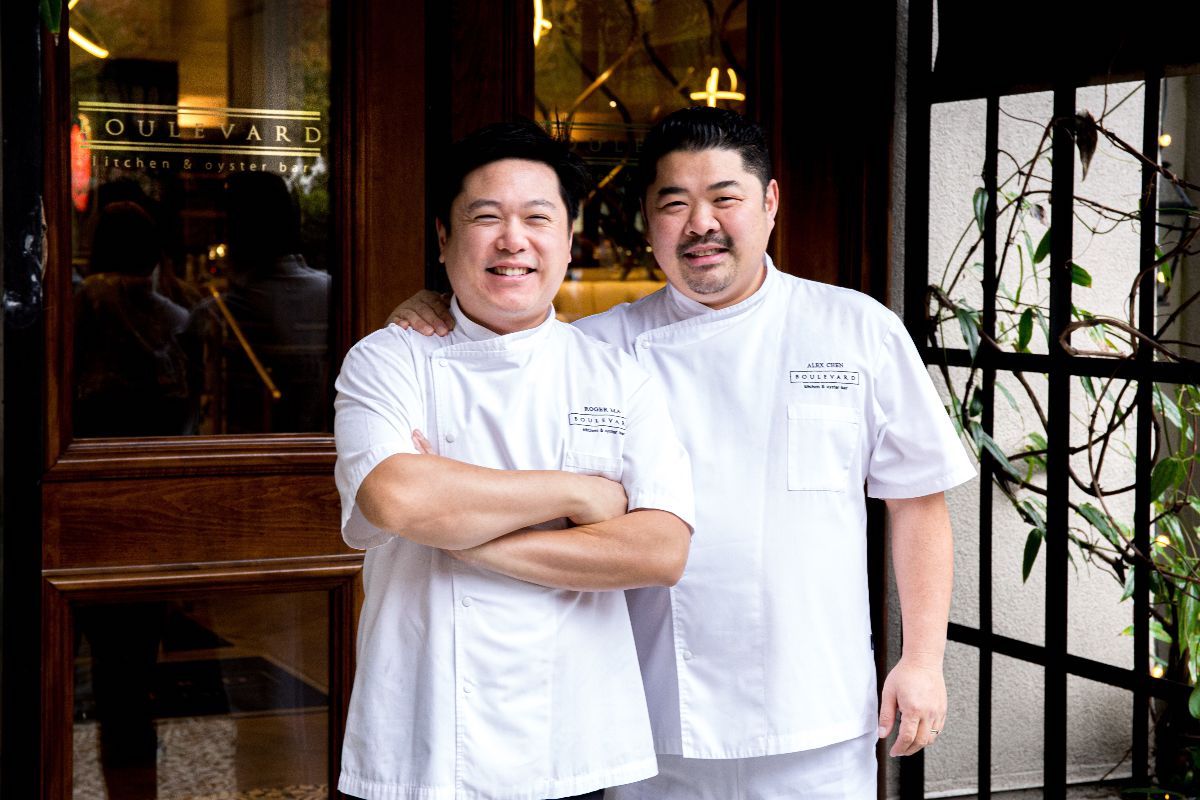 In persistent pursuit of perfection, Pastry Chef Kenta Takahashi’s unique style and mouth-watering desserts have earned a place in the hearts of sweet-toothed patrons since he arrived at Boulevard in 2016. “Talented yet humble, Kenta presents the technical excellence expected, but there’s also a surprise in every dish,” explains Executive Chef of Signature Restaurants Alex Chen. Prior to joining Boulevard, Kenta worked in Japan, his home country, earning a multitude of awards then apprenticing under Thierry Busset. While there’s plenty of eyebrow-raising experiences at Boulevard, the passing plates of perfectly perfumed desserts and the Kenta attended roll-up candy bar are a feast for all the senses. Kenta has helped shape Boulevard into a dessert destination. “I blend my creativity with the restaurant’s classic, signature style,” shares Kenta. The result is an establishment in which dessert is never an obligation or an afterthought; it’s an equally exciting component of the meal that cannot be missed.

At Boulevard the creative cuisine is paired with exceptional service provided by a world-class team. The dining room of Italian marble and white oak has been the scene of many elaborate tableside experiences, collaborative chef dinners and a place of constant surprise to guests. Boulevard has raised the bar for fine-dining in Vancouver. The team looks forward to welcoming guests back for the Boulevard experience – which will always include a surprise.

The innovative team was the first to bring the fine-dining experience to Vancouver locals’ homes during the pandemic with BLVD Provisions. The line of ready-to-eat and high-quality kitchen staples is a highly successful program and has sold over 10,000 meals since its launch in late March. BLVD Provisions will continue to be available for order via Tock.

Diners will again enjoy the award-winning cuisine and energy of this dynamic team as Boulevard reopens its dining room and highly coveted patio space on June 23. The restaurant will initially operate Tuesday – Saturday, 4:00pm – 11:00pm. Reservations are open now and can be made online via OpenTable or by calling the restaurant at 604-642-2900.

About Boulevard Kitchen & Oyster Bar
Located in Vancouver’s downtown shopping district, Boulevard Kitchen & Oyster Bar is an award-winning showcase for sensational seafood paired with the culinary visions of Chefs Alex Chen and Roger Ma. Like Ma, Chen also won the Canadian Culinary Championship crown in 2018 and was the first competitor to beat an Iron Chef – Hugh Acheson – in the 2018 reboot of Iron Chef Canada. In fact, Boulevard is one of the most awarded restaurants in the city’s recent history. Boulevard’s seafood-focused menu is grounded in classical technique and training, and artfully infused with West Coast flair and international influences. Boulevard boasts a gorgeous room, signature booths, a buzzy bar and elegant private dining spaces, each enhanced with exceptional service, and a wide-ranging selection of wines and cocktail.
www.boulevardvancouver.ca

Dining Room or the Patio? Boulevard is Back