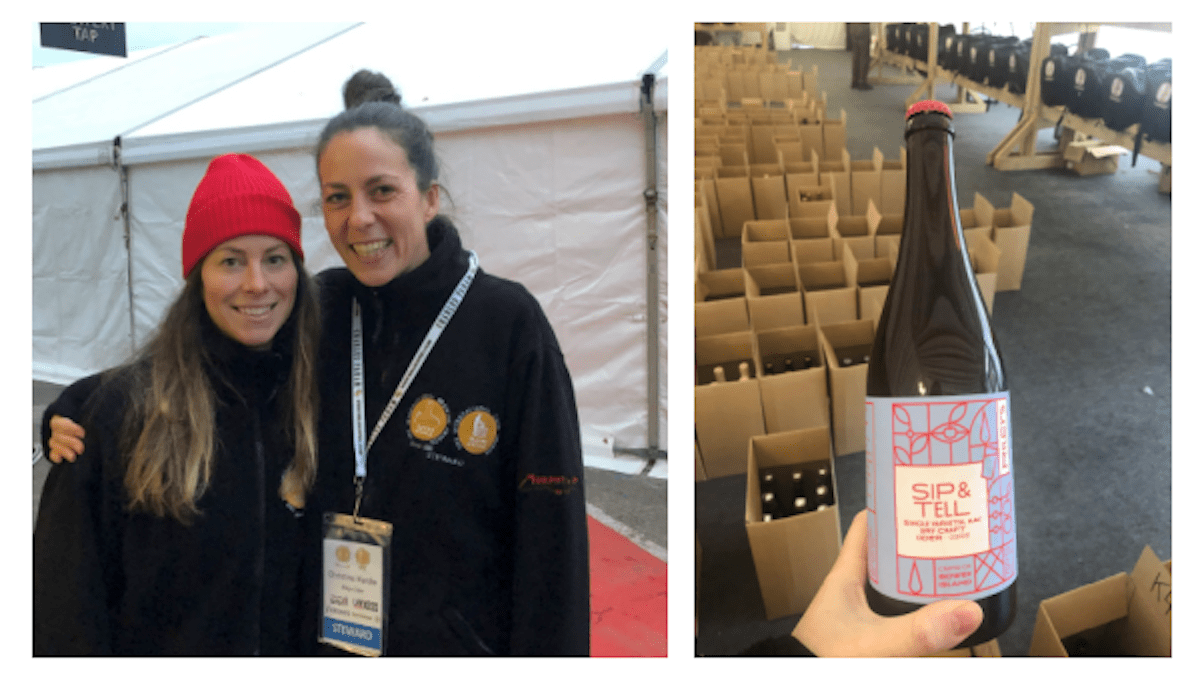 Riley’s Cidery, who opened their doors this past summer on Bowen Island, have brought home one of the highest accolades from the International Brewing and Cider Awards that took place in Burton-upon-Trent last week.

Cidermaker, Christine Hardie submitted their Sip & Tell Single Varietal McIntosh Cider with the hope of receiving valuable feedback from some of the most talented and knowledgeable cider judges from around the world.

“I couldn’t have imagined in my wildest dreams that we would bring home a Gold Medal and have our Sip & Tell named amongst some of the best ciders in the world,” says Hardie of the achievement.

Sip & Tell is one of three ciders that Riley’s has produced in 2021 at their craft cidery on Bowen Island. Crafted from 100% organic McIntosh apples grown in a long-established orchard in BC’s Simillkameen Valley, the award-winning cider was made to be crisp and refreshing.

Christine followed her cider submission to the UK this November and had the opportunity to volunteer at the competition and engage with her peers, some of whom she trained with at Peter Mitchell’s Cider and Perry Academy in Herefordshire several years ago.

Upon her return from the UK, Christine shares, “I’m so proud to be a part of this growing industry in Canada and this experience gave me such an incredible opportunity to learn from my peers both locally and internationally and I’m already looking forward to blending next year’s ciders”.

The competition took place at the National Brewery Centre in the UK and is an annual event that has taken place since 1886. The International Brewing and Cider Awards has a long history of championing the world’s best brewers and cidermakers. The medal ceremony is scheduled for April 6th 2022, Guildhall, City of London.

Riley’s cidery sits amongst nearly a thousand varieties of heirloom apples in a one-of-a-kind apple orchard on Bowen Island in British Columbia. The five-acre orchard was planted over a 30 year period by John and Josephine Riley. In 2019, husband and wife duo, Christine Hardie and Rob Purdy launched Riley’s Cidery with the vision of preserving this incredible living museum.

Riley’s welcomes visitors to their tasting room and picnic site throughout the summer months and with limited hours in the winter months. Visit rileyscider.com for visiting hours, online ordering or to find out where to purchase their ciders in British Columbia.