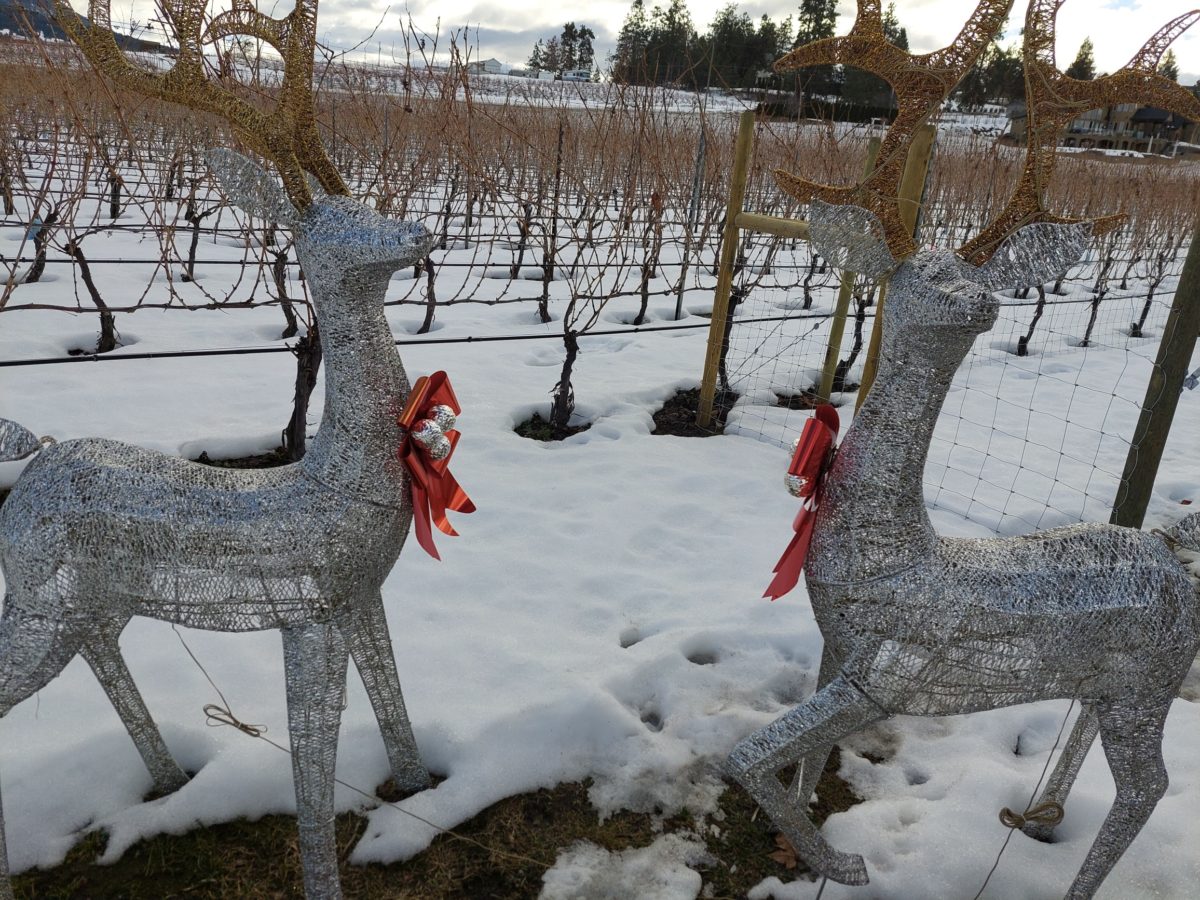 Some may not be aware, but it is very important for vines to ‘rest’ and recuperate after harvest, build up new protective wood before next year’s growing season and this is what they do over winter.  Lower temperatures and less sunlight signal the vines to go into dormancy.  After the grapes have been picked, the vines build up stores of carbohydrates in the woody parts of the plants. These stores tide the plant over the winter and provide food for growth in the spring.  These carbohydrates also act as a sort of antifreeze for the vine.

Dormancy is the best time to prune the vines.  Pruning helps control disease and helps delay spring growth.  Winters need to be cold enough so that vines are healthy and produce higher quality grapes at the next vintage.  Ideally, sustained temperatures below 4° C ensure a good bud break in the spring.  That said, if there are sudden and severe weather changes, the vines can be damaged and result in low crop yields. 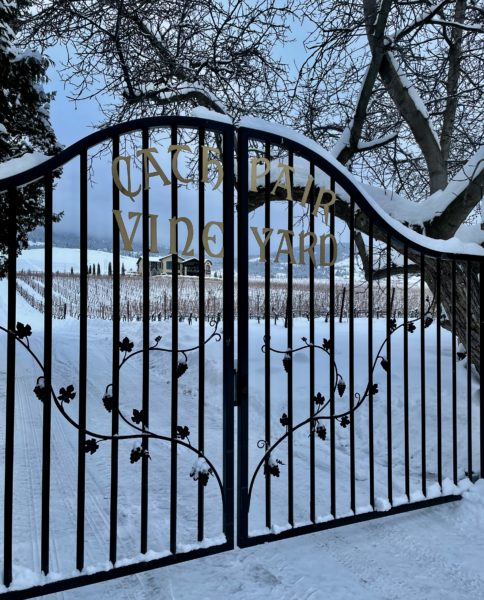 Snow cover is good as it insulates the stalks.  If it is cold with little or no snow, growers may spray the vines with water to give them a protective layer of ice.  In parts of France, smudge pots and even burning bales of hay have been used to protect vines in cold winters.

I hadn’t heard anything about this year’s situation, so I contacted two good friends and asked them what the word was concerning the impact of this year’s weather.  Each one replied, “It depends,” and I loved it.  Little in life is black or white, but rather almost infinite shades of grey and so it is with growing grapevines. 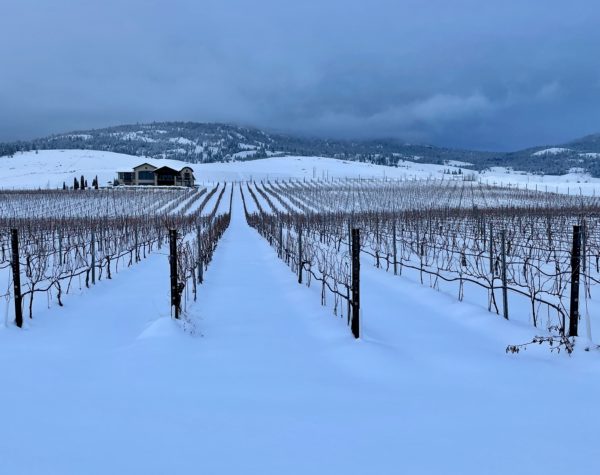 It depends on the location of the vineyard – latitude, slope, aspect, soil, etc. There are significant differences between the north Okanagan and the south.  Sandier soils have better drainage and can make vines more susceptible to frost damage as water can act as an insulator.

It depends on the grape variety. Early ripeners vs late ones.  Merlot can often see more damage than other varieties. Cab Franc on the other hand tends to be hardier.

It depends on that year’s growing season. Were the grapes picked early or late?

Likewise, in the spring, it is best if things warm up gradually. Warm weather at the end of winter can fool the vines and they will have difficulty adjusting if the temperatures drop again.

It depends on many other factors as well. “So many variables; pruning type, soil composition, vine varietal, water management, etc. It’s both a science and an art” Also important is planting the right variety in the right location.  European hybrid varieties such as Baco Noir, Seyval Blanc, and Vidal and their North American counterparts – Frontenac, Marquette, etc., are very cold tolerant (down to -25 to -28°C) and are often found along the midwest and eastern seaboard.  Vitis vinifera – Chardonnay, Cabernet Franc, Cabernet Sauvignon, Gamay, Merlot, Pinot Noir, Riesling, etc. tend not to like temperatures below -22°C.

“Another factor is if the vine carried a small or high crop load the fall before. If a high crop, it may not get time for the wood to harden off properly and can result in more damage. Since overall last year was generally a low crop year, that will help some acreage”.

“Human factor for sure influences damage. For example, young vines that are asked to carry a crop too quickly by getting them to grow faster do not allow for good root establishment. That can affect a vine’s health including during cold weather” “Another factor is vine age. Very young vines are not well enough established to handle very cold temps”

“What many don’t realize is that if a winery decides to keep a higher crop rather than thin it down it is always a risk if they run into a bad winter. We have had so many mild winters for so many years I think this point has been lost on many”

“One year of bud damage affects the next few years, leading to pruning changes.”

Here are a few additional quotes on this topic from a #BCWineChat discussion:

So, as you can see, it depends.  It depends on a great many factors and it will vary from location to location.  Some growers will suffer some loss, while others may experience a much greater loss.  How that plays out for vintage 2022 remains to be seen.  However, I am optimistic given what our viticulturalists have already had to contend with over the last thirty years.

*Huge thanks to the BC Wine Grape Council for more information on this topic than I ever could imagine.  https://www.bcwgc.org/best-practices-guide

**Thanks to Sandra Oldfield and others at #bcwinechat for much of the above information.

BC’s Largest and Most Prestigious Wine Competition Returns to Kelowna

The Spring Okanagan Wine Festival is Back | May 5th – 15th