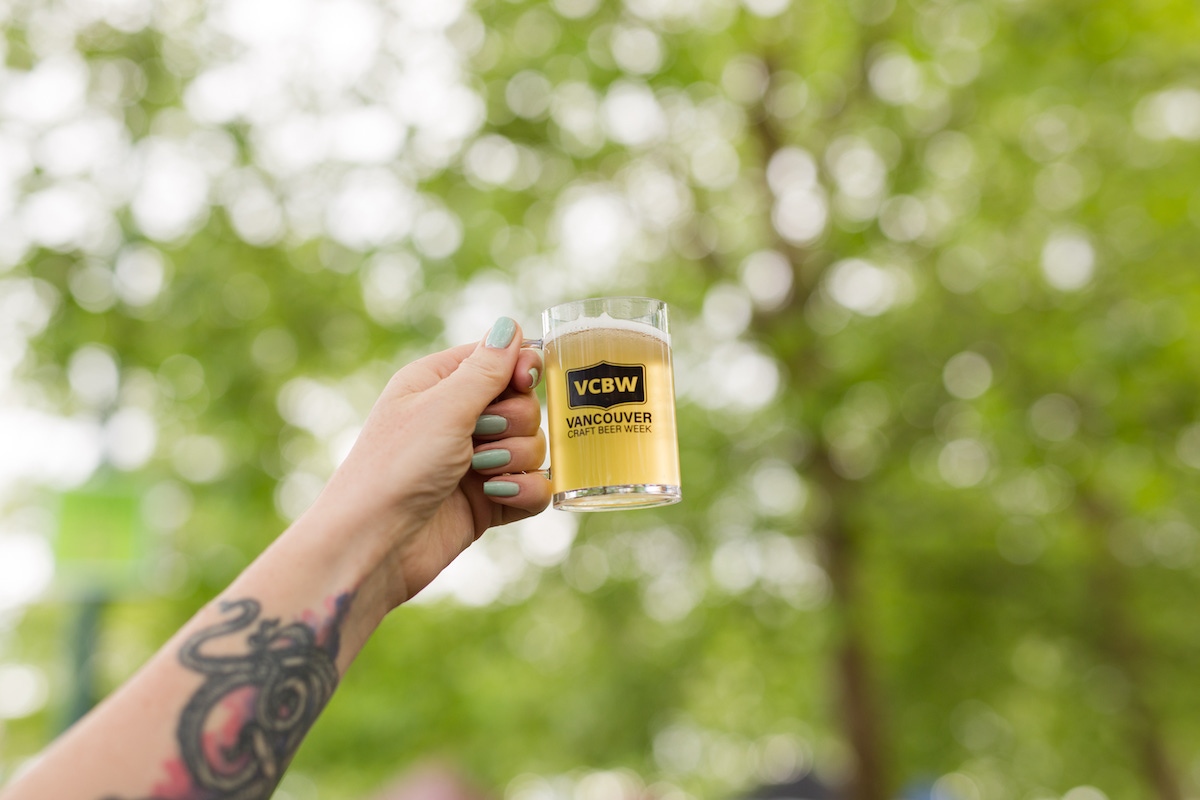 VCBW Craft Beer & Music Festival is happening July 9 to 10, 2022 at the PNE Fairgrounds, presented by Go RVing Canada. With an ambitious new ownership team at the forefront, VCBW returns bigger and better than ever before with a number of new and expanded features. The Lower Mainland’s largest craft beer festival will have over 150 craft beers and ciders from over 100 participating breweries and cideries, live music from top Canadian artists, local art displays and some of the city’s best chef pop-ups and food trucks. The festival expects 15,000 attendees and to date has sold 70% of available tickets.

Get an insider look at the new additions to this year’s VCBW Craft Beer & Music Festival:

Missy D
House of Funk Collaboration Beer
VCBW’s collaboration beer is an annual tradition that allows festival organizers to unite different brewers together to showcase their skills and celebrate the craft beer community as a whole.

Festival-goers at this year’s event will enjoy a limited-edition brew made in collaboration with North Vancouver’s House of Funk brewery, alongside Studio Brewing and 33 Brewing Experiment. This year’s special brew is a low ABV saison that is both complex and ‘sessionable.’ The beer will be available to sample onsite at the festival and a portion of proceeds from sales will benefit charitable organization, Music Heals.

Vancouver Chef Pop-Ups + Food Truck Court
Organizers have significantly expanded the food offerings at this year’s VCBW. Attendees will be able to take in some of Vancouver’s best chef pop-ups including Chef Karl Gregg’s iconic BBQ at Rosie’s BBQ & Smokehouse. “Slow-cooked BBQ and cold beer on a sunny day is pretty much my favourite thing about summer, and we’re excited to roll up our 19’ Texas smoker “Hank” and cook up some of our famous BBQ at VCBW this year,” says Chef Gregg.

Rosie’s BBQ & Smokehouse
New Participating Breweries
This year’s festival will feature over 150 craft beers and ciders from over 100 participating breweries, both new and returning favourites. In addition to breweries that have participated in previous years, attendees can expect to see Patina Brewing, Small Gods Brewing, Dog Mountain Brewing, Farm Country Brewing and Whistle Buoy Brewing among the many exciting additions this year. There will also be a liquor store onsite for festival-goers to purchase beer from their favourite breweries.

Go RVing Canada Brewdocking Station
Summer will be in full swing during VCBW with many individuals planning vacations and adventures. To celebrate everything the summer months have to offer, festival organizers have partnered with Go RVing Canada who will be onsite with their Brewdocking RV, the travel trailer featured in the Brewdocking series with Canadian Olympian and host of the Amazing Race Canada, Jon Montgomery.

Jon Montgomery will be onsite at VCBW on Saturday, July 9 to share details on the Brewdocking giveaway and encourage attendees to enter for their chance to win the Brewdocking Unit along with other prizes. The Brewdocking RV will travel around Canada over the summer and the giveaway will run from July through until September.

Go RVing Canada’s Brewdocking RV
Festival Innovations
In efforts to continue to modernize the event, VCBW has added several new and innovative technologies to create an improved event experience. The festival will be cashless and event organizers have implemented an RFID wristband payment system that attendees will pre-load with money to purchase beer and food onsite. At the event’s close, all attendees will be refunded for any remaining money left on their wristbands.

“We are always looking for ways to integrate systems that make the event experience seamless for guests, and ensure they have the best time possible,” says event organizer Adam Bloch.

With the addition of new features and the most breweries and cideries the event has ever seen, VCBW Craft Beer & Music Festival is set to be the must-attend event of the summer. It will take place at the PNE Fairgrounds, 2901 East Hastings Street, Vancouver from 2:00 p.m. to 7:00 p.m. for VIP ticket holders and from 3:00 p.m. to 7:00 p.m. for general admission ticket holders on Saturday, July 9 and Sunday, July 10. To learn more about the lineup of breweries, artists and vendors, purchase tickets and get the latest news visit www.vcbw.ca.

About VCBW: As one of Vancouver’s most iconic summer events, in 2022 VCBW Craft Beer & Music Festival will make a triumphant return – bigger and better than ever before. After being taken over by seasoned new ownership, VCBW is on its way to becoming the largest craft beer, art and music festival in the Pacific Northwest. With over 150 craft beers and ciders, breweries, local art displays, food from some of the best chefs, restaurants and live music from talented mainstream artists, VCBW is set to be a summer celebration for all, attracting more than just craft beer fans from around the Lower Mainland and beyond.

About Feaster: Feaster is a recently formed Vancouver-based event production company led by Dax Droski of Parade Agency and Adam Bloch of Hopscotch Festivals & Events. Feaster is a leader in creative, experiential event production, taking them from ideation to full execution. The duo have collaborated for over 5 years and have 40 years of combined experience producing large-scale, world-renowned BC events including Hopscotch Vancouver, Hopscotch Kelowna, Whisky Global, Punchbowl, The Cup (Formerly Deighton Cup), Whisky Smoke, Harvest Haus and Greenwood Stakes. Feaster acquired VCBW Craft Beer & Music Festival in 2022 and have made significant updates to the popular event with the ultimate goal of making it the largest craft beer, art and music festival in the Pacific Northwest.