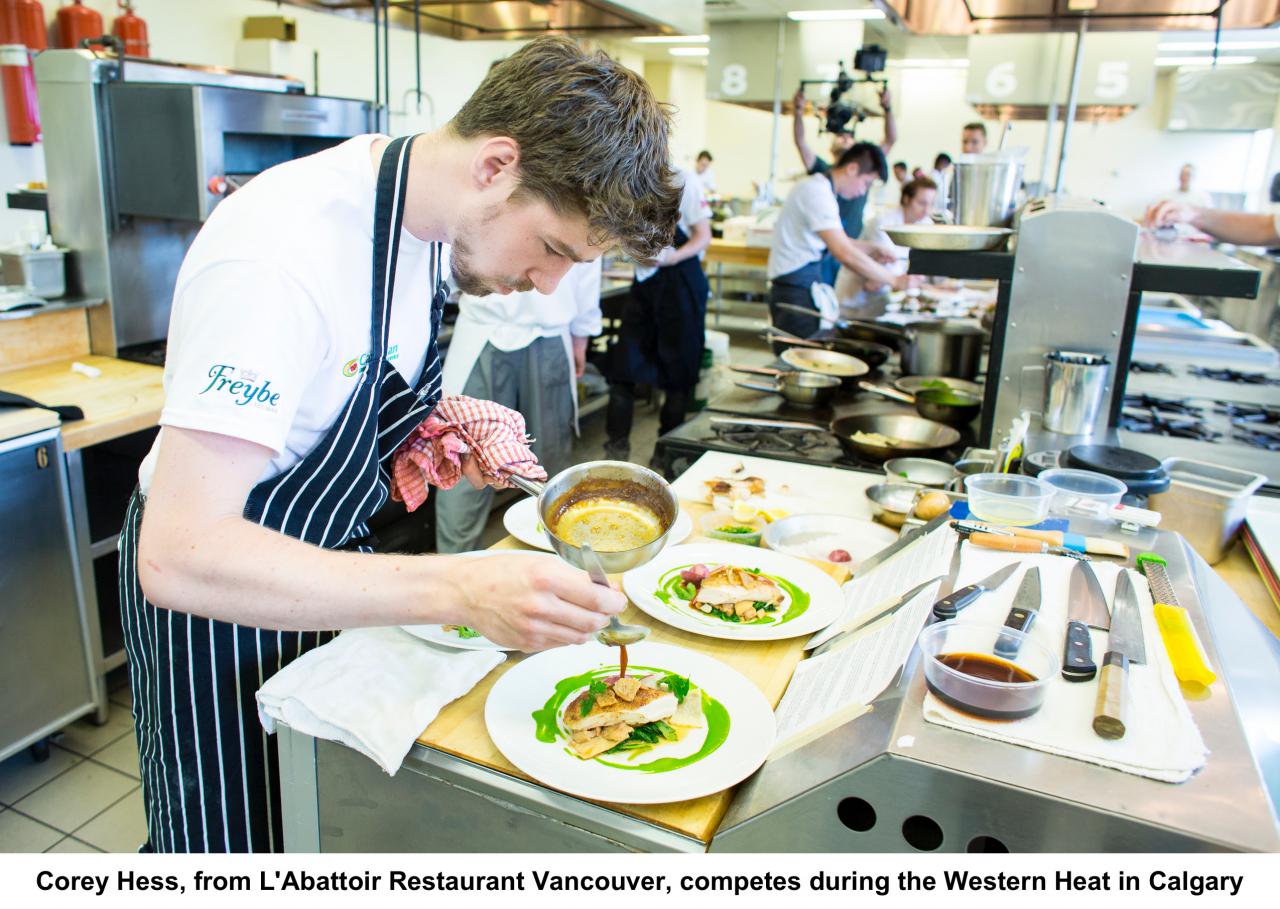 The Hawksworth Young Chef Scholarship competition is officially open for 2015 with applications now being accepted for the country’s largest search to find the future stars of the Canadian culinary scene. Established in 2013, the Foundation brings to life the scholarship’s vision of inspiring and encouraging young chefs from across Canada by giving them the opportunity to cook in front of a panel of the country’s most revered chefs in the hopes of winning a $10,000 prize, an international stage and a Le Creuset Ultimate Cookware Set.

Scholarship founder Chef David Hawksworth and his Chef de Cuisine Kristian Eligh, both from Vancouver’s Hawksworth Restaurant and Bel Cafe, will once again hold competition heats across the country in Toronto, Calgary and Vancouver with an exciting new addition of a Montreal heat for 2015. They will be joined by a revered panel of 22 notable judges including Mark McEwan, Norman Laprise and Connie DeSousa.
“We’re excited to be opening up the Hawksworth Young Chef Scholarship to even more competitors across the country in 2015,” says Chef David Hawksworth. “With the addition of another heat, in Montreal we will undoubtedly be adding some new and exciting young chefs to the competition, ultimately raising the caliber across the board this year”.
The nationwide search begins in May 13 at George Brown College in Toronto, quickly followed by the Montreal heat at the Quebec Institute of Tourism and Hotel Management on May 16. Rounding out the regional heats Chef Hawksworth will finish his search in Calgary and Vancouver in June. The final will then take place at Vancouver Community College on Saturday September 12, 2015.
During the regional heats 10 candidates will compete against each other – and the clock – to create a main dish for four within two hours using specified pantry ingredients. The top two from each heat will go on to the final event in Vancouver, where they will have three hours to cook a main meal and dessert using surprise ingredients from the Freybe Mystery Black Box. The top prize will be awarded to the young Canadian chef, 28 years old or younger, who shows the judges that they have the drive, passion and skill to succeed in the industry.
Deadline for applications is April 1, 2015.
For more information or to apply please visit http://www.hawksworthscholarship.com
Website: www.hawksworthscholarship.com
Facebook: www.facebook.com/HawkScholarship
Twitter: @HawkScholarship
About Hawksworth Young Chef Scholarship Foundation:
A Canadian non-profit culinary foundation, the Hawksworth Young Chef Scholarship Foundation, recognizes and inspires young Canadian chefs, whilst promoting professionalism and culinary excellence within the hospitality industry. Through its national annual competition, the scholarship program provides a platform for talented young chefs to get a head start through recognition, mentorship and an unparalleled opportunity to work in the world’s leading restaurants.
Contact:
Hawksworth Young Chef Scholarship
T: 778.945.3325
Brody Jones
brody@nullhawksworthrestaurant.com
Feature photo by Jessica Haydahl Photography – Corey Hess, L’Abattoir

Naramata Tailgate Party 2015 is “Going to the Country”