The Chan Centre for the Performing Arts at the University of British Columbia (UBC) presents renowned jazz vocalist Dee Dee Bridgewater with Irvin Mayfield and his New Orleans Jazz Orchestra (NOJO), February 27, 2016 at 8pm in the Chan Shun Concert Hall. These two GRAMMY award-winning artists will perform songs from the 2015 album Dee Dee’s Feathers, in a vibrant jazz showcase that embraces the rich musical history of New Orleans while presenting a modern vision of the city.

“It’s an honour to present the influential Dee Dee Bridgewater and Irvin Mayfield, who are poised to give insight and context to the past, present, and future of jazz music,” says Joyce Hinton, Co-Managing Director of the Chan Centre. “Jazz is pivotal to Vancouver’s musical landscape, and a significant focus for our Chan Centre Presents series. As a collaborative project, Dee Dee’s Feathers paints a vivid picture of New Orleans – the birthplace of jazz more than a century ago, and today a hotbed of creativity and innovation for this enduring genre.”

Born in Memphis and raised in Michigan, Dee Dee Bridgewater has nonetheless encapsulated the spirit of New Orleans in her work. “It takes a keen-eared, fluidly adaptive performer to capture both the breadth and subtleties that define New Orleans’ musical landscape,” states Jazz Times. “Dee Dee Bridgewater is just such an artist.” Over four decades, she has ascended to the upper echelon of vocalists, putting her unique spin on standards and re-envisioning jazz classics. Bridgewater is the recipient of three GRAMMY awards as a vocalist, and one Tony award for her role as “Glinda” in 1975’s The Wiz. Most recently, Bridgewater was presented with an Honorary Doctorate from the Berklee College of Music in April 2015. The legendary chanteuse has performed with such jazz heavyweights as Max Roach, Sonny Rollins, Dexter Gordon, Dizzy Gillespie…and now Irvin Mayfield.

Born and raised in New Orleans, Mayfield is a gifted trumpeter, organist, composer, and bandleader with 15 albums to his credit, in addition to a GRAMMY and Billboard music award. In 2003, he founded the New Orleans Jazz Orchestra to celebrate and advance the historical legacy of jazz in the artistically spirited city. Since NOJO’s first performance, the orchestra has headlined all of America’s major performing arts venues and clubs, including the prestigious Carnegie Hall. President George W. Bush nominated Mayfield to the National Council on the Arts, and President Barack Obama officially appointed him to the post in 2010. Now an esteemed professor at the University of New Orleans, Mayfield received The Chancellor’s Award in 2010 and an Honorary Doctorate from Dillard University in 2011. In 2015, Mayfield and NOJO opened the New Orleans Jazz Market, a performing arts venue and jazz education centre in New Orleans.

A series of ancillary events programmed in conjunction with Chan Centre Presents performances, exploring the role of arts and artists in society.

• The Road from New Orleans to Dee Dee’s Feathers – Feb 27 / 7:15pm @ Royal Bank Cinema. Nou Dadoun, Host of CFRO’s A-Trane Radio Program, will guide audience members through the back alleys of the birthplace of jazz to the doorstep of the party hosted by Dee Dee Bridgewater, Irvin Mayfield and the New Orleans Jazz Orchestra. This is a free event for ticket holders. Space is limited and available on a first come, first served basis.

Since 1997, the Chan Centre for the Performing Arts in UBC’s Arts & Culture District has earned an international reputation for its striking design, stellar acoustics, and exceptional programming. Artists, critics, and patrons alike are unanimous in their praise of the facility, winning it a place among North America’s premier performing arts venues. The Chan Centre boasts three unique venues: the superb Chan Shun Concert Hall, the dramatic Telus Studio Theatre, and the intimate Royal Bank Cinema. From classical, jazz, theatre, and opera to world music, the Chan Centre is a vital part of UBC campus life where artistic and academic disciplines merge to inspire new perspectives on life and culture. Past performers and guest speakers include Wynton Marsalis, His Holiness the Dalai Lama, Renée Fleming, Dan Savage, Yo-Yo Ma, Mariza, Sigur Rós, Mavis Staples, Lila Downs, Chick Corea and Herbie Hancock.

with the New Orleans Jazz Orchestra

The Road From New Orleans to Dee Dee’s Feathers

Free at Royal Bank Cinema (6265 Crescent Road) in the

In person at the Chan Centre ticket office 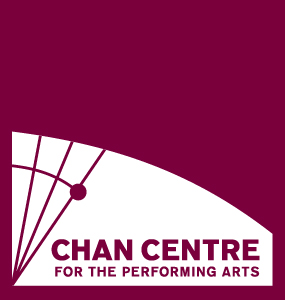 #FridayFavourites – some great ideas for June 3 – 9