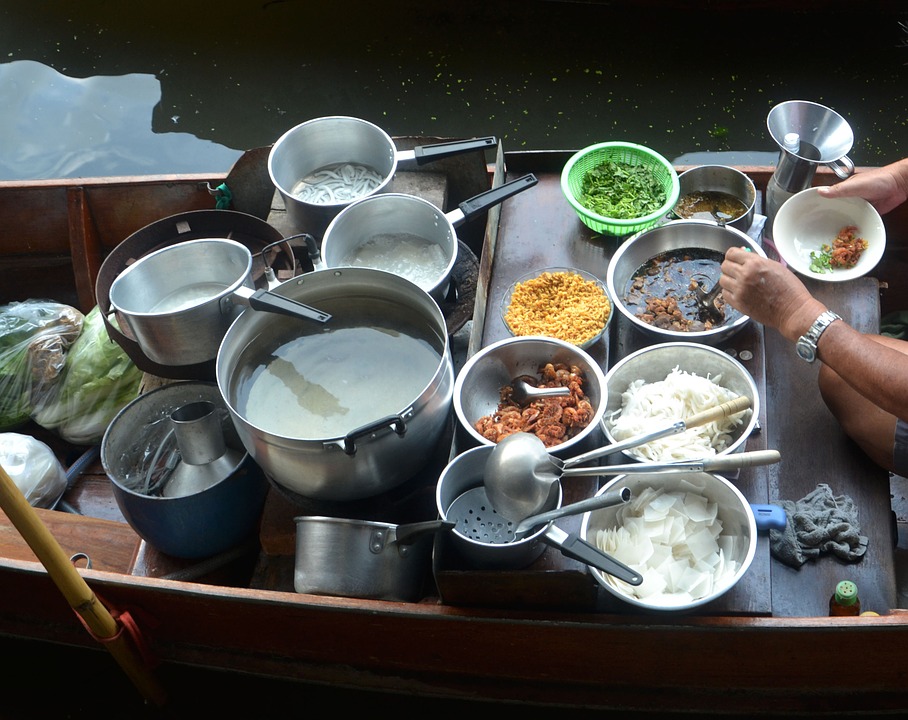 There may not have been limos pulling up in front of the Sheraton wall Centre dropping off glamorous celebrities to walk the paparazzi lined red carpet, but there certainly was a buzz of excitement around the Sheraton Wall Centre.

For twenty-seven years now, Vancouver Magazine has recognized the talents of our finest culinary talents. Since the late 1980’s this awards show has grown in size and scope with a never-ending list of new and exciting eateries. A whole year goes into this event with many hard working food writers and critics slaving away, sampling over 2000 dishes from 400 restaurants to determine just which one is best in each category.

The day began with a pre-awards reception, which featured a variety of beer, food and wine samples. I began with a cool refreshing new Double IPA from Stanley Park Brewing, which was the perfect way to wake up my taste buds for what was to come. (See the details of the reception in a following article.)

Once again, CBC’s Stephen Quinn and Glorian Macarenko hosted the event. After opening remarks from Vancouver Magazine’s new editor, Max Fawcett, the awards were presented. The number of awards is so extensive; it makes no sense to try to list them all here. There were many familiar iconic names mentioned and some previous winners hung on to their top spots, but there were also several surprises, which really made for an exciting afternoon. A few of the highlights include:

There were many, many, many more – forty-eight in total. I quite enjoyed the special awards that went to John Bishop for Lifetime Achievement and the Service All Star awards that recognized the often-overlooked servers that make it all possible. As always, amusing video vignettes helped break up the presentations and kept the audience entertained. Congratulations everyone!

Then it was time for the post-awards party and an opportunity to sample flatbreads along with a few of BC’s stellar craft brews. 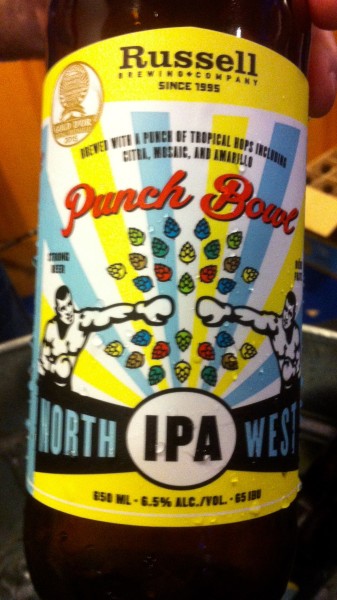 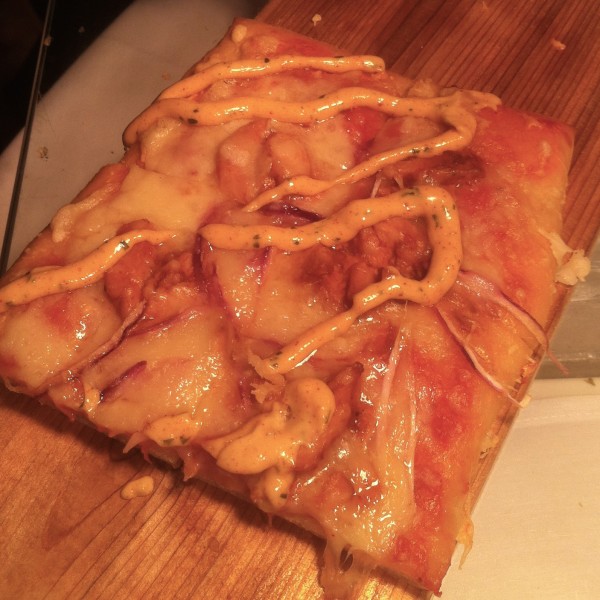 With so many winners, in so many categories you need to do yourself a favour and pick up a copy of Vancouver Magazine and keep it handy so you can decide where to go for your next meal out. Whether you are looking for casual, upscale, ethnic, or fine dining, you’ll find great suggestions in this issue and don’t forget to check out all the runners up, the food might be just as good and the line-ups shorter. If you work hard, it will only take you a year or two to work your way through them all. Enjoy! 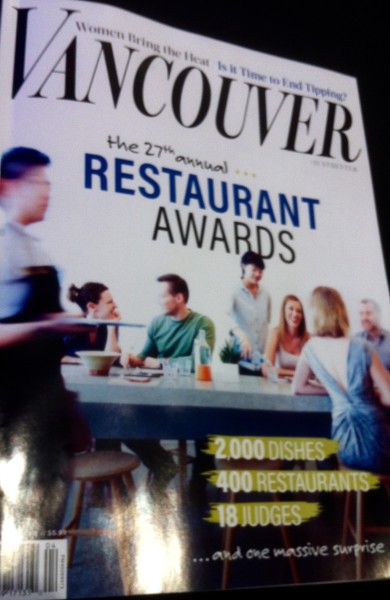 For a complete list of winners and many extra features, check out Vancouver Magazine’s web site at http://vanmag.com/.