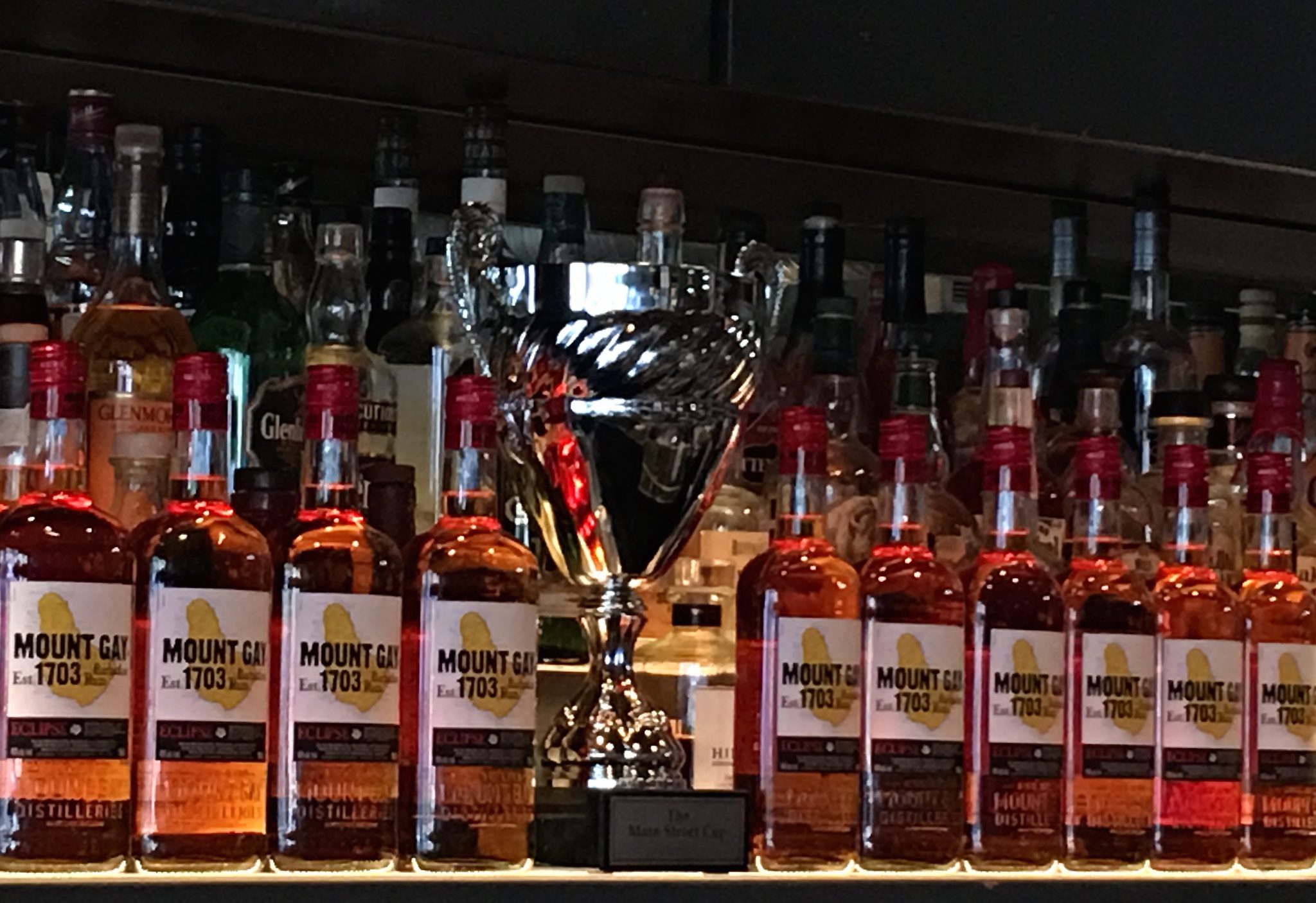 One of Vancouver’s most vibrant neighbourhoods, Main Street has more than its share of unique bars and restaurants – and talented bartenders. Five establishments recently competed in the very first Main Street Cup cocktail competition, and a great time was had by all.

All the bartenders created an innovative cocktail using Mount Gay Eclipse Rum. Industry judges Talia Kleinplatz, Mike Shum, and Reed Pettit picked the Judges’ Choice winner, while the audience voted for the coveted People’s Choice award. More about the winners a bit later – but here’s a photo montage of how the competition unfolded.

Next up – The Cascade Room’s own Galen Linnett and Horatio’s Right Hook.

And last but not least – the wacky duo of Charlie Knowles and Kei Amemyia from The Five Point and their Last Minute Vacation cocktail.

And at the end of the evening – who won? Nomad’s Alleyne Sling got the nod as Judges’ Choice and Matt Benevoli and Matt Van Dinther received their coveted Mount Gay jackets.

Meanwhile, the people spoke – and the winner of the People’s Choice award went to Admiral Galen Linnett of the Cascade Room and his Horatio’s Right Hook cocktail. The Main Street Cup will have a place of honour on their bar for the next six months until the next round.

It was a great night of competition and camaraderie. I can’t wait for Main Street Cup 2.0.

In the meantime, here’s the Judges’ Choice recipe for you to try.

Shake all ingredients, strain into a soda charger. Carbonate, pour over ice and top with crouched ice.