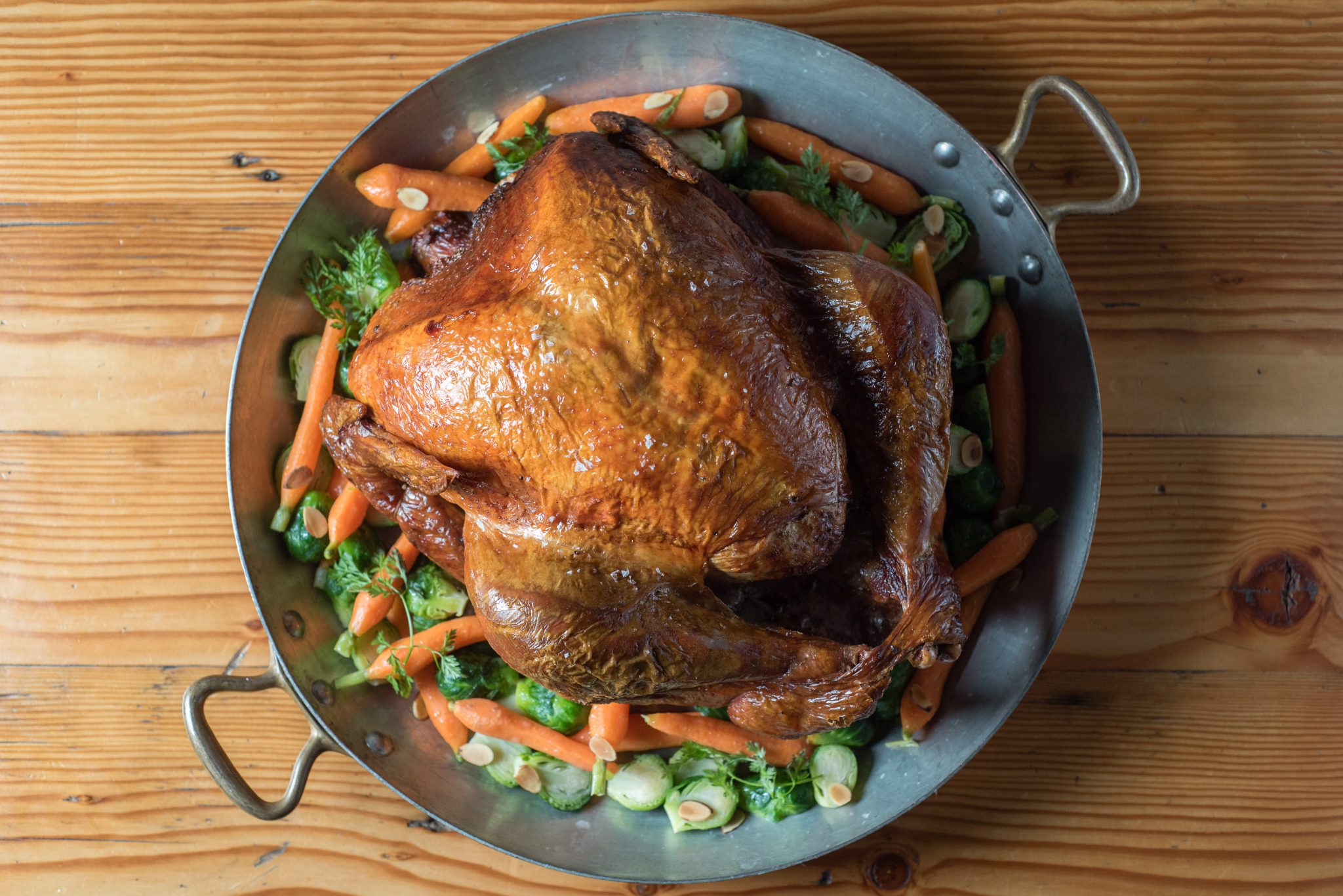 We use a tenderizing brine of honey, lemon, herbs, garlic, salt and spices for maximum moisture retention and flavour.

To roast the turkey:

To make the gravy: 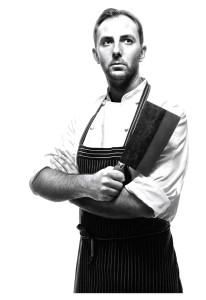 Born and raised in Vancouver, Chef Dan Olson sparked an abiding passion for food and wine during stints at the Century Grill Restaurant and Bacchus Restaurant at The Wedgewood Hotel, where he earned the coveted role of Apprentice under Chef Robert Sulatycky for the Bocuse d’Or, helping Canada record a best-ever fourth-place finish at the prestigious world chef championship in 1999 before embarking on an extensive culinary walkabout and honing his craft in top-tier kitchens throughout the world.

Dan comes by his classical French techniques honestly, having worked under Chef Guy Lassausaie at his eponymous Michelin-starred restaurant in Lyon and Chef Yannick Alleno at the Michelin-starred restaurant Les Muses at the Hotel Scribe in Paris. Olson returned from his overseas sojourn in 2002 and cheffed for Four Seasons Resorts and Hotels in Chicago, Whistler, Dallas, Cairo, Bahamas and Washington, D.C. before settling in
California in 2006, where he worked as Senior Sous Chef and Executive Sous Chef at the Mobil Five-Star- and AAA Five-Diamond-award winning Beverly Hills Hotel before taking on the role of Executive Chef at the iconic Hotel Bel Air in Los Angeles in 2009.

Dan returned to both his Vancouver and Bocuse d’Or roots in 2012, founding Railtown Catering and Café with Chef Tyler Day and using the Downtown Eastside facility as a test kitchen to help coach the Canadian team to a top-ten finish among a field of 24 countries at the 2013 edition of the Bocuse d’Or competition in Lyon, France.