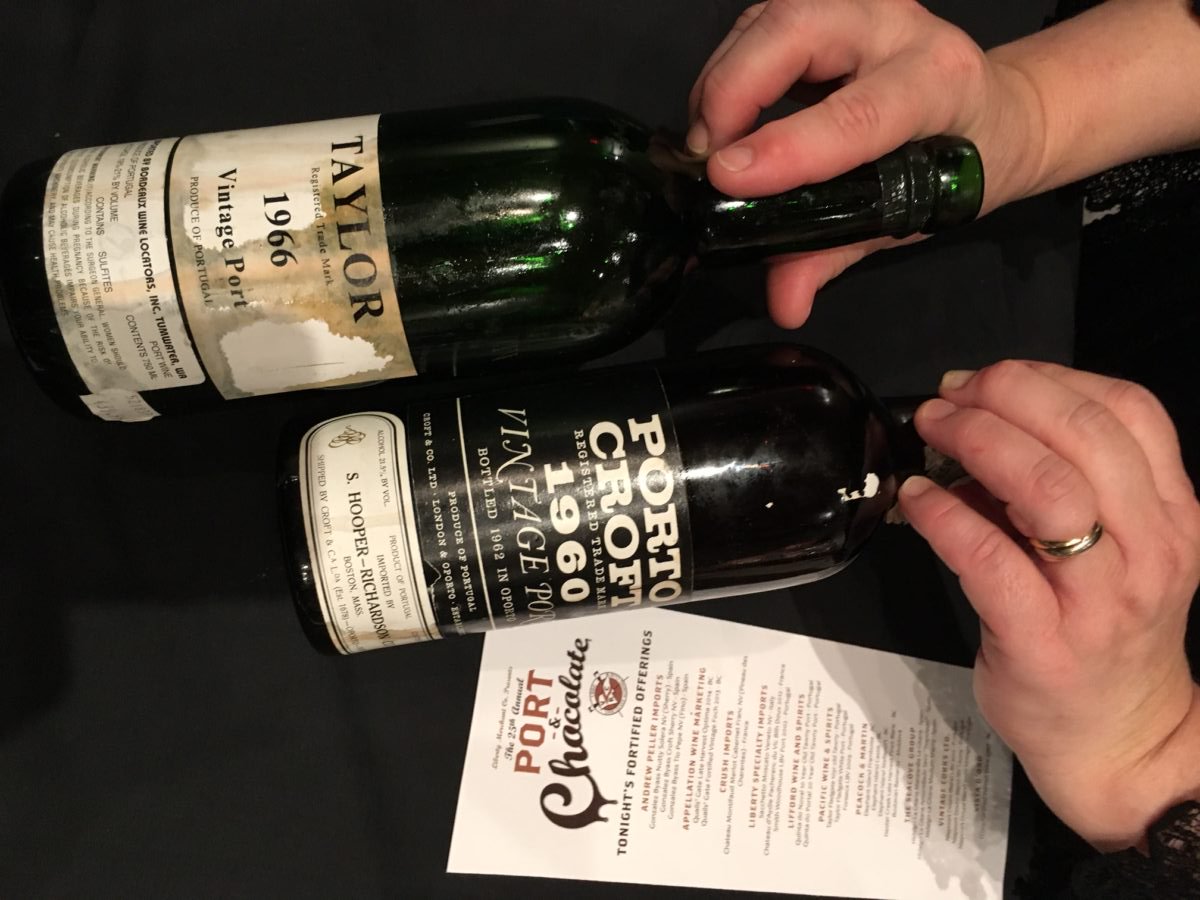 Last Thursday Liberty Wines held another of its ongoing events that support local charities. This time it was a milestone 25th Annual Port and Chocolate Tasting Event featuring some of world’s best Port and Dessert wines, and world-class chocolatiers from BC. All proceeds from their signature “Tasting-in-the-Park” event went to benefit the Vancouver Rowing Club’s Amateur Sports Program. To date Liberty has raised more than $125,000 for this program. These are great events. We get to have fun, the sponsors get big exposure and the charities win via the raffle and ticket sales with prizes awarded at the end of the evening.

I’m a huge Port fan and I’m happy to say I found some of my old favourites along with a few exciting new discoveries. My wife who joined me is the chocolate fiend and together we had a good time introducing each other to the best of our own exquisite sensual expeditions.

A really interesting discovery was the Chateau Montifaud Merlot Cabernet Franc NV (Pineau des Charentes). Chateau Montifaud is best known for its Cognac and this blend is the result of stopping the grape juice fermentation within hours of the pressing by blending it with cognac that is at least one year old — a process that originally occurred by mistake in 1589.

The Chocolate lovers were not disappointed either. Koko Monk had a very busy booth testing the crowd’s ability to discern the various flavour elements in their many chocolate fillings. I personally failed miserably at the task, but it sure was fun guessing. Also featured was a broad assortment from the The Good Chocolatier who offers locally made all-natural chocolates and Euro-Excellence, importers of fine premium chocolates from Europe.

All together, it was an incredible night of sweet decadence for your tastebuds and good conversation with like-minded fans. Mark your calendar for their next event, the 10th Annual Fall Into The Market on Monday, November 7th 2016 from 7:00 – 9:00 PM at Bridges Restaurant. Tickets are available at any Liberty Wine Merchant location for $29.99. See you there!