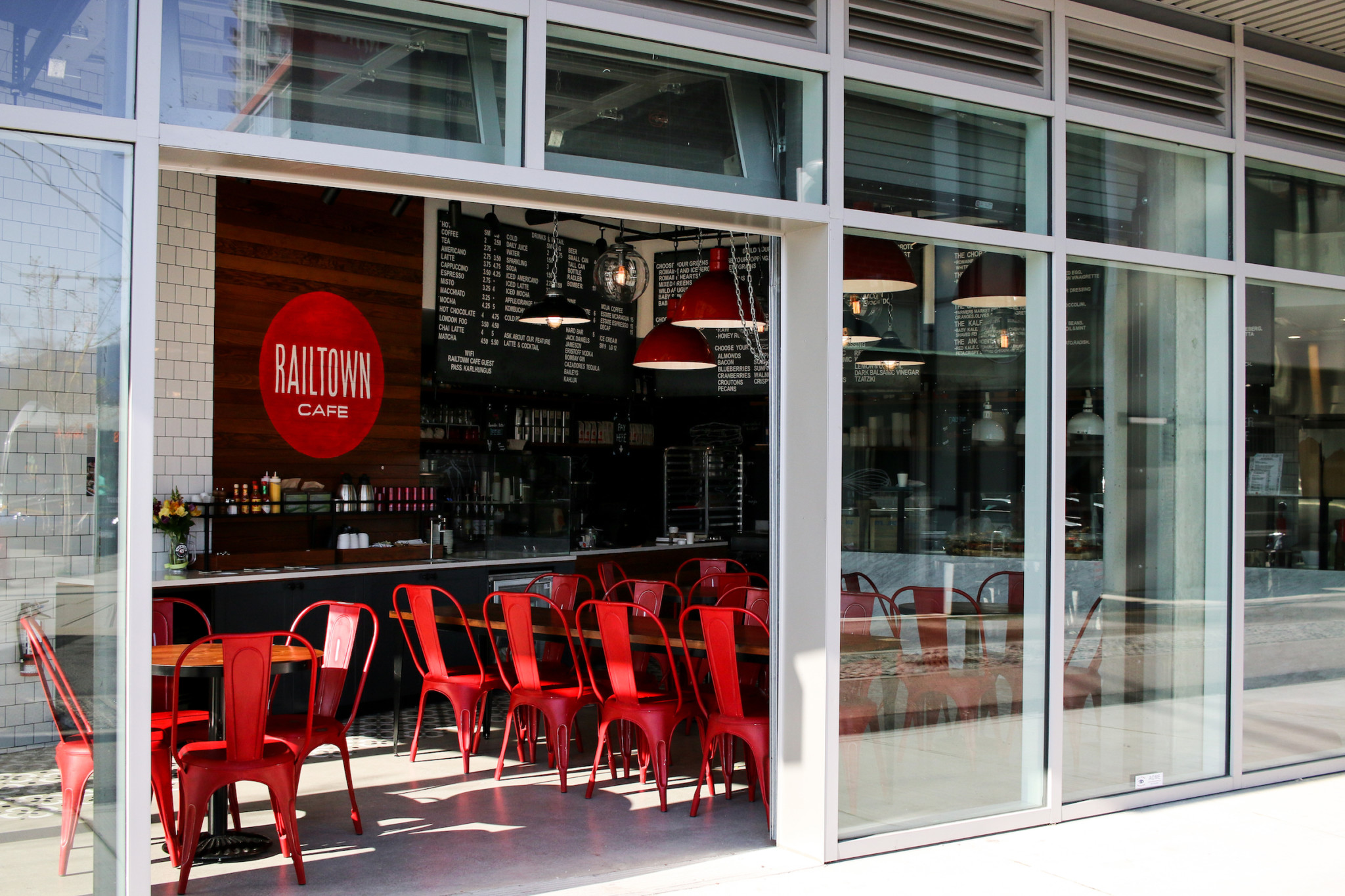 Railtown Cafe will launch the latest stop on its expanding railroad map of counter-service restaurants with the debut of a new 25-seat licensed cafe located at 1691 Main Street in Vancouver’s Olympic Village neighbourhood on Monday, April 17. 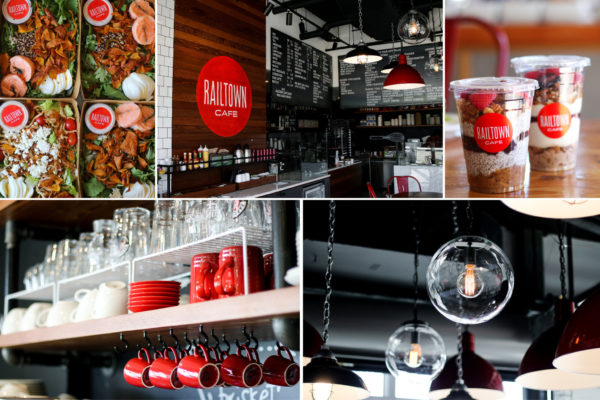 Open from 7:30 a.m. to 6 p.m. Monday through Friday and from 11 a.m. to 4 p.m. on Saturday and Sunday, the newest addition to the Railtown Cafe family occupies 1,185 square feet of space in the Onni Group’s new Block 100 building bordering Main Street and Railspur Lane.

Featuring the same menu of signature favourites for which Railtown has become known for, the Main Street location offers an array of artisan breads and pastries baked in-house each day, a menu of made-to-order gourmet sandwiches and soups and an unparalleled build-your-own salad bar, as well as house-made ice cream available by the jar and cone, locally roasted coffee, cold-pressed juices and a selection of local craft beer, wine and spirits.

The new Railtown Cafe outpost joins an ever-growing group of restaurants that first launched at 397 Railway Street in 2012 and expanded with a Downtown Vancouver cafe at 968 Howe Street in December 2016. The growing local success story will open its fourth location in an 1,800-square-foot space with licensed seating for 60 at 429 Granville Street this summer.

“We’ve been thrilled with the overwhelming response to the opening of our second cafe on Howe Street in December and our entire staff is excited to be able to open a third location and introduce some new friends and neighbours to our brand of signature comfort food,” says Olson.

Further details on the next Railtown Cafe location to be launched at 409 Granville Street will be revealed leading up to the opening this summer.

ABOUT RAILTOWN CAFE | Railtown Cafe offers sit-down and take-out breakfast, lunch and dinner in a stylishly cozy and laidback counter-service cafe that brings together the best fresh, local and organic ingredients for a wide array of made-to-order gourmet sandwiches, handmade pastries and a build-your-own salad bar unlike anywhere else in the city. Originally launched in the Railway District of Vancouver’s Downtown Eastside in 2012 by chefs Dan Olson and Tyler Day — who own and operate the complemental event coordinating and catering business Railtown Catering out of the same facility — Railtown Cafe expanded with a second location at 968 Howe Street in December 2016, and a third outpost on Main Street in April 2017. All locations in the Railtown Cafe family offer a coffee bar featuring locally roasted beans, cold-pressed juices and an array of craft beer, wine and spirits.

For more information about Railtown Cafe or to stay up to date on the latest developments, go to railtowncafe.ca, become a fan of Railtown Catering & Cafe on Facebook or follow @RailtownCafe on Twitter and @railtowncafe on Instagram.

Join us for Easter Brunch and Dinner Services on Sunday, April 1

Celebrate Mom in exceptional style at The Westin Bayshore, Vancouver