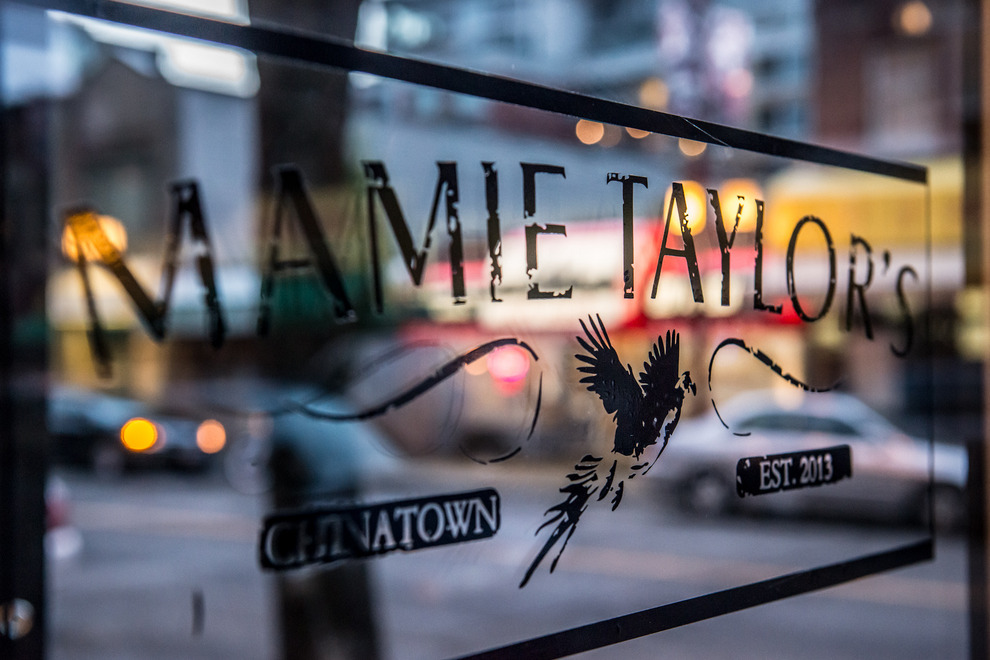 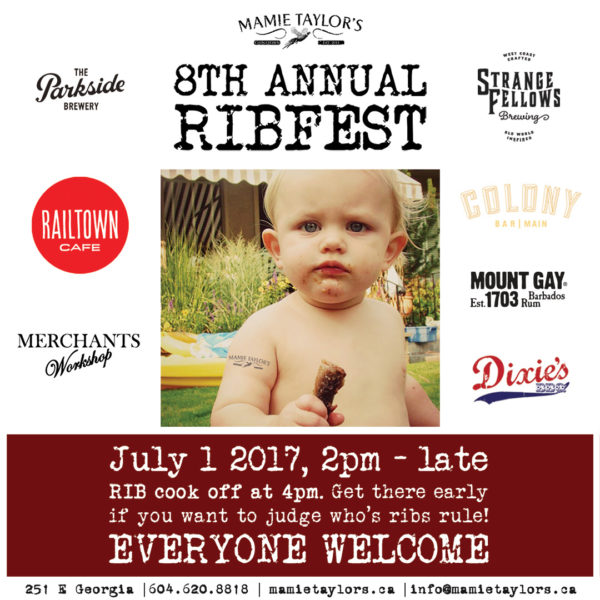 The annual BBQ competition, which began as an “industry and friends” backyard cook-off in East Van, will see BBQ greats from rib-forward restaurants across the city meet over the flames of competition.

At 2pm on Canada Day, Mamie Taylor’s will fire up the outdoor grills in front of the restaurant located at 251 East Georgia Street and welcome fellow flamers:

and, of course, Mamie Taylor’s own Jeff Koop.

At stake: bragging rights and the coveted RibFest Cup, a DIY trophy that is “improved” upon each year by the winning restaurant.

Only 100 Judging Tickets will be available to members of the public, who will also help choose the winning chef/restaurant.

$10 Judging Tickets will be available for sale onsite at Mamie Taylor’s (251 E. Georgia Street) at 4 pm on a first-come-first-served basis.

Judging plates will feature a rib from each of the competitors and a voting token. The ribs with the most votes will be slathered in victory and rub defeat into the competition!

Throughout the afternoon and into the evening, Mamie Taylor’s will also be serving a $15 ribs platter featuring slow-cooked Low Country Southern Ribs and sides of coleslaw, macaroni salad and corn on the cob. Special Pricing will be in effect for Mamie’s Mount Gay Rum punch as well as for pints of Strange Fellows and Parkside beer.

Tickets: $10 available onsite as of 4pm on a first-come-first-served basis