Homer St. Café and Bar Beverage Director JS Dupuis is pleased to announce the launch of a new Takeover series at the popular Yaletown eatery.

Each month will see a different distiller or brewer commandeer Homer Street Café’s bar and kitchen for a week, offering drink specials, collaborative menu items and ticketed tasting dinners with experts from the participating brewery and/or distillery. 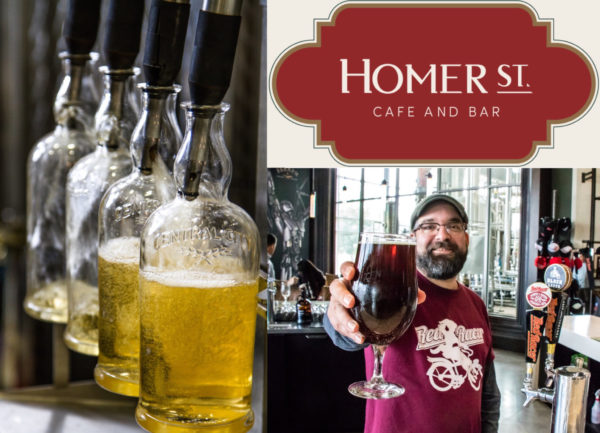 The Takeover Series kicks off with Central City Brewing & Distilling, December 4-10. Throughout the weeklong event, Surrey-based brewer and distiller’s Queensborough Gin cocktail and a flight of all three Lohin & McKinnon whiskies will be featured at the bar and in special dishes on the Fresh Sheet. These will be complemented by SuperSolar IPA and Black Lager on tap for the week as well as casks of their Amber Ale blended with their Lohin & McKinnon 150th Anniversary peated whiskey starting on Thursday the 7th.

Takeovers in the series will include:

For more information on the Takeover Series and to purchase tickets to the tasting dinners, visit homerstreetcafebar.com/events.