Wineries to host public “Farm Friends” event with BC wine and Alberta beef
And call for supporters to make March 2018 BC Wine Month
Alberta Premier Rachel Notley announced an immediate boycott on all imports of wines from British Columbia Tuesday, in what is becoming a growing inter-provincial spat over the Kinder Morgan Trans Mountain pipeline.
Instead of reacting with hate and opposition, a group of BC wineries has decided to remind everyone that they love Alberta.
Christine Coletta, owner of Okanagan Crush Pad, makers of Haywire wine, is calling for people to support their local wine industry during the month of March, while continuing to purchase Alberta products.
The idea kicks off with a walk around food and wine evening featuring BC wine and Alberta food at Edible Canada on Thursday, February 22nd. Tickets, $55 are available here, and are expected to sell quickly. All proceeds will be donated to the BC Hospitality Foundation. 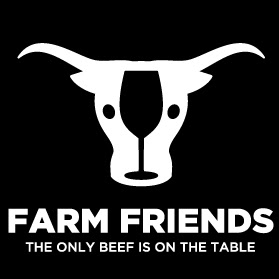 Participating wineries include 50th Parallel Estate Winery, Culmina Family Estate Winery, Haywire, Liquidity, Painted Rock Estate Winery, Poplar Grove Winery and Summerhill Pyramid Winery; as well as Mireille Sauvé with the Dames Wine project. Winery principals will be on hand to showcase their wines and talk to guests and celebrate the gains that the industry has made over the past two decades.
Their wines will be showcased along with Alberta foods such as beef and bison, and made by Edible Canada and guest chefs.
For the past decade, farmers, wineries and food producers have worked hard to create an identity for Canadian cuisine across the country and take that message to the international world whenever possible to promote culinary tourism.
“We want everyone to see that we are better together,” says Coletta. “We do not want to do anything that could potentially hurt farmers or small family businesses, no matter where they live. “Working side by side to find solutions is ideal over political grand standing,” she continues. “There are so many links and synergies between the two provinces that we need to remember and embrace.”
Edible Canada is located on Granville Island in the heart of a thriving public market. The restaurant exclusively serves Canadian cuisine using local products and offers a gourmet artisan retail store. Owner Eric Pateman has been a tireless champion of Canada’s culinary community and is proud to be able to host the event.