AnnaLena restaurant celebrates milestones and recognitions that keeps the team striving to push boundaries. The crew is thrilled to announce the appointments of two new wine directors and the addition of a restaurant chef as they celebrate the third anniversary of the West 1st favourite.
AnnaLena Shines During Local Award Season 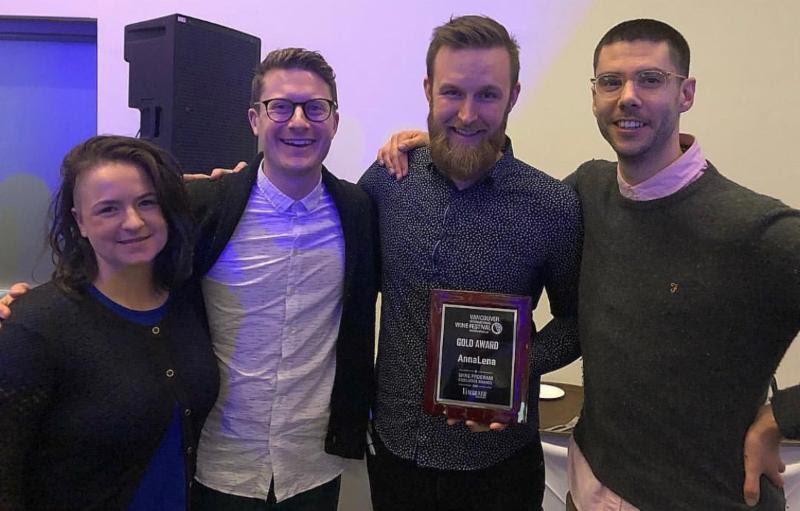 AnnaLena’s wine team is elated with recognition for their gold winning wine program award at recent Vancouver International Wine Festival. AnnaLena wine directors and sommeliers, Scott Mitchell and Michael Hiram, proudly source wine for the award-winning list from unique, small producers with stories that intrigue from all corners of the globe.
Many of the red, white, orange, rose and sparkling wines found on the menu are sourced from some of the team’s passionate travels; in some cases, AnnaLena is the only restaurant carrying those wines in Vancouver.
“Wine should be fun! There is a beautiful science behind it all, and I love learning the intricate details, but at the end of the day the charm comes from un-corking a bottle and watching people enjoy,” says Hiram. “To be recognized for all our hard work by the judges at Vancouver International Wine Festival is a testament to the enthusiasm Scott and I have when it comes to continually developing and striving to improve our program behind the bar at AnnaLena.”
Golden Plates
Vancouverites have voted and the results for the 2018 edition of The Georgia Straight’s Golden Plates are in. It comes as no surprise that AnnaLena has earned a top spot for ‘Best Service‘ in the city given their passion and drive to share exceptional dining experiences with guests. The AnnaLena team is also proud of its third place ‘Best Overall‘ ranking and for taking second place in the ‘Best Place for a First Date‘ in the city.
3YR Anniversary
To mark the Kitsilano eatery’s third anniversary, Executive Chef Michael Robbins, has prepared a decadent six-course 3YR Anniversary ‘Greatest Hits’ menu.  There is so much to toast to with AnnaLena consistently being named one of Canada’s best restaurants over the past three years. This menu is available for $84 per person on Tuesday, March 13, 2018 while spaces last. Reservations can be made here. 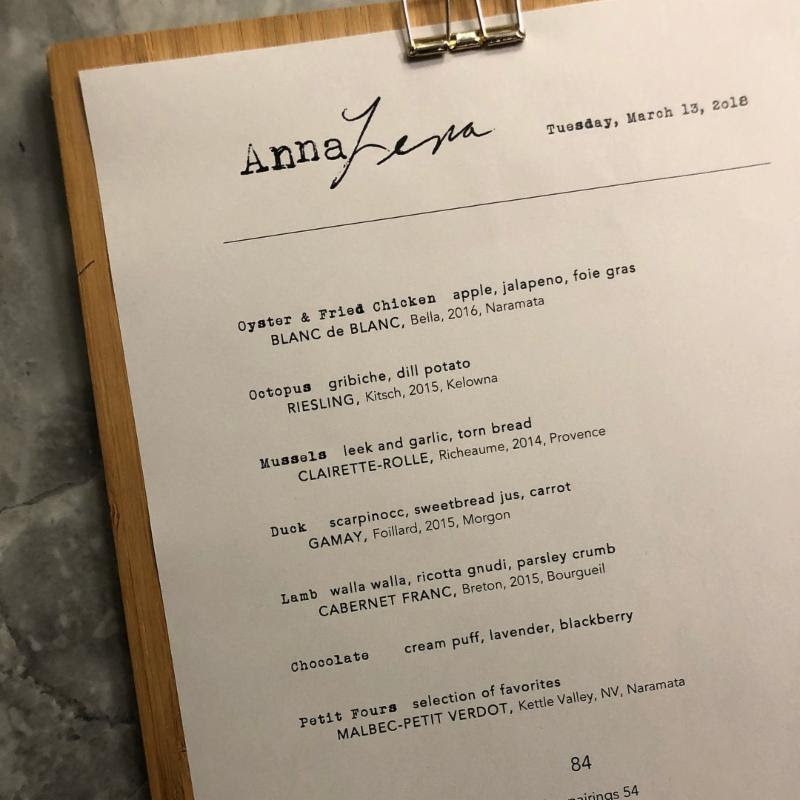 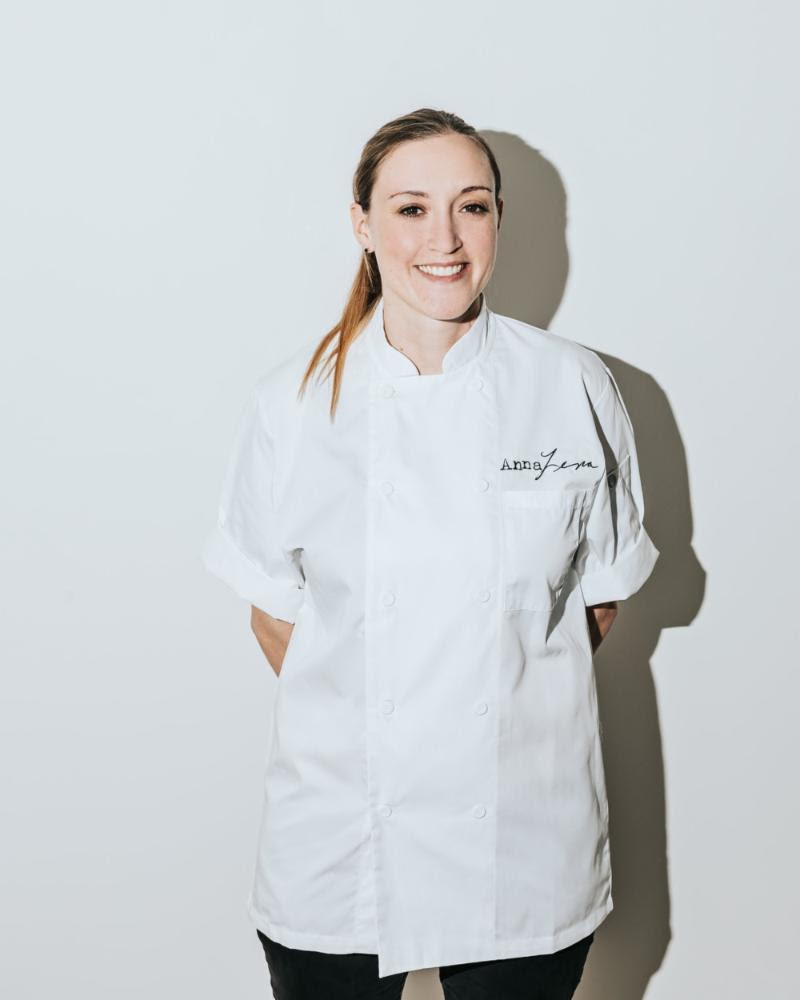 The talented Erin Searle joins the kitchen at AnnaLena as Restaurant Chef. A 17-year restaurant industry veteran, Erin’s experience covers the gamut from dishwasher, to cook, baker, pastry chef, general manager and more.  Erin’s passion for cooking comes from family dinners that eventually led her to the culinary arts program at Vancouver Community College.
After stints in kitchens around the city that include Bacchus, Diva at the Met, and Meat and Bread, Erin was drawn to AnnaLena for its creativity, innovation and positive environment. She is excited to add her passion, skill and motivation to AnnaLena’s menus and to keeping the movement of more positive, healthy kitchen environments thriving.  When not in the kitchen, Erin can be found travelling, reading, eating, and exploring the outdoors.
AnnaLena Spring Hours
Seven days a week 5:00pm to 10:00pm
Reservations can be made at www.annalena.ca 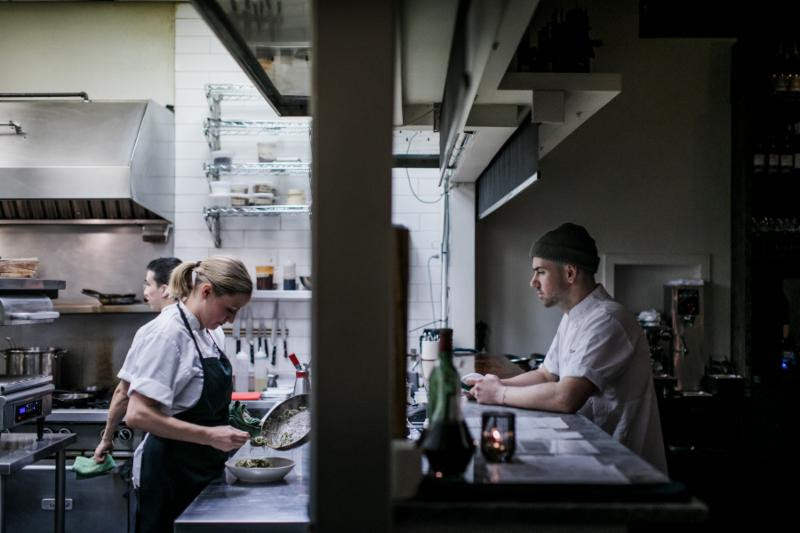 About AnnaLena
Named to honour Chef Michael Robbins’ two grandmothers, AnnaLena is about imagination, creativity and possibility – combining modern Canadian cooking, creativity and innovation, with seamless service in one of Vancouver’s favourite neighbourhoods. Since opening its doors in the popular Kitsilano area in March 2015, AnnaLena has quickly become both a neighbourhood and critics favourite.
AnnaLena was included in enRoute Magazine as the sixth best new restaurants in the country and earned the Air Canada enRoute People’s Choice award in its first year. AnnaLena was also named to Canada’s 100 Best Restaurants two years running, and was included in the top three of Best New Restaurants in the 2016 Vancouver Magazine Restaurant Awards following a glowing review in 2015. Robbins also won Best Chef and Best New Restaurant in the 2016 Golden Plate Awards in the Georgia Straight. With a clear focus on its vision and a committed and talented team, the best is yet to come for AnnaLena.
For more information on AnnaLena and Chef Mike Robbins and team, please visit  www.annalena.ca or on Facebook, Twitter and Instagram.