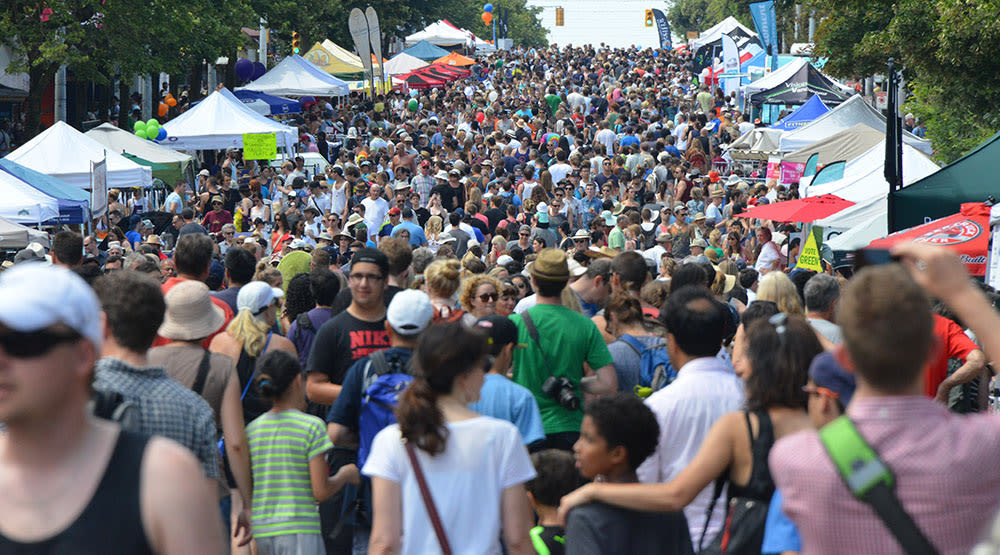 The MRG Group, one of Canada’s leading hospitality and entertainment companies has announced its acquisition of the majority of shares in international award-winning event producer, John Donnelly & Associates Event Marketing Inc. John Donnelly is an independent Canadian producer of large-scale entertainment properties including festivals, street parties and awards shows who has delivered hundreds of successful sponsorship and production agreements for a wide variety of projects including Concord’s NYE Vancouver, Surrey Fusion Festival, Khatsahlano Street Party and many more.

“I’m excited for the opportunity to work with John, an industry leader who shares our passion for entertainment and hospitality,” said MRG President Matthew Gibbons. “Together we look forward to creating memorable experiences for communities coast to coast.” Donnelly Events will continue to operate under its original moniker, adding the resources of MRG’s offices across Canada to deliver a roster of newly-expanded events including the Budweiser County Fair, North Vancouver’s Shipped Waterfront Festival, Richmond World Festival along with other projects.

“The MRG Group’s culture of presenting new music and promoting both international and emerging talent is a great fit for our festivals and special events,” said John Donnelly, President of Donnelly Events. “We are big fans of creating events like Fusion Festival and Khatsahlano, that brings the community together, engages young people and connects them with the best new talent in the country. It is even better when these events also offer great food, entertainment and fun. So this new venture creates tremendous potential to deliver more meaningful event properties.” Donnelly Events, an MRG Group company, will operate out of offices in Vancouver and Toronto.

Visit the MRG Group website at www.mrggroup.com for more information.

In operation since 2008, with the reopening of the historic Vogue Theatre in Vancouver, BC, The MRG Group has grown into one of the leading hospitality and entertainment companies in Canada. Owning and operating a total of 8 properties across the country, the group’s preeminent venues include: Vogue Theatre, The Yale Saloon and Biltmore Cabaret in Vancouver, BC, The Garrick in Winnipeg, MB and Rock ‘n’ Horse Saloon, The Porch, Dublin Calling and Adelaide Hall in Toronto, ON.

MRG Concerts developed as an amplification of its entertainment branch and has since established itself as an industry-leading promotion company producing over 400 shows per year. The Group’s latest initiative, MRG Events was introduced in
2017 to advance the creation of positive sharable experiences on a larger scale.

John Donnelly & Associates Event Marketing Inc. is a leading independent producer of entertainment properties in Canada and recently won the national Star Award for Most Outstanding Event in Canada. Donnelly has also won the prestigious International GALA Award for Surrey Fusion Festival, which was selected as Best Festival in a worldwide competition. Other awards include Best Cultural Event in Canada for Fusion Festival; Best Public Entertainment Event for Surrey 2010 Celebration Site; plus local, national and international awards for creating and producing the Opening Ceremonies of the World Police & Fire Games including the International Gala Award for Most Outstanding Spectacle Event in the World.