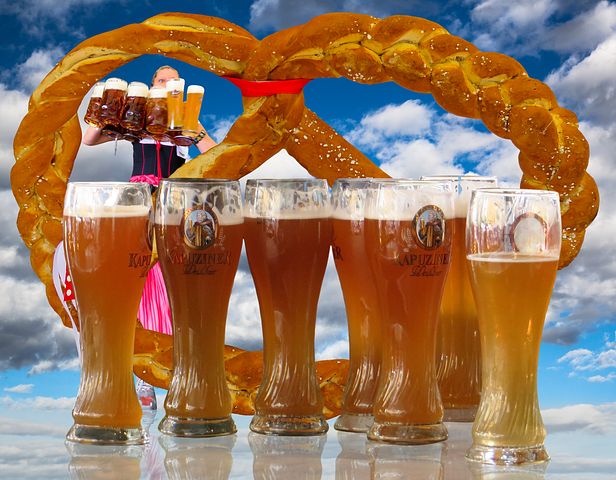 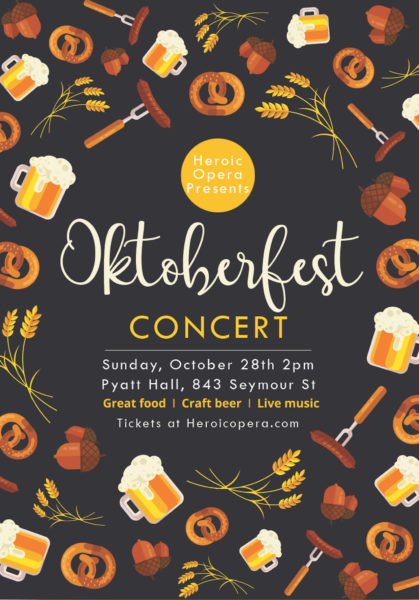 Vancouver Opera company Heroic Opera will be toasting in its first fundraiser with an Oktoberfest celebration filled with German opera, food, and local craft beer.

The concert will feature some of the best of Vancouver’s singing talent, including multi-award-winning singers who have performed all over the world and to great critical acclaim. Included will be German opera selections by such great composers as Richard Strauss, Richard Wagner, Johann Strauss II, and many more. There will also be craft beer and German food, a raffle with thousands of dollars of prizes, all hosted by local social media couple – Ze Happy German Couple (@zehappygermancouple).

All proceeds of the concert go to support Heroic Opera’s mainstage productions of large-scale operas.

The Oktoberfest Concert is being presented on October 28th at 2:00pm at Pyatt Hall in the VSO School of Music at 843 Seymour St, Vancouver. Tickets are $30 or $25 for students/seniors and can be purchased from brownpapertickets.com or at the door.

The Heroic Opera Company was formed in February of 2017. Our mandate is to produce both concert and staged operas of Wagner, Strauss, and Verdi . Our aim is to enrich Vancouver’s opera scene with operas for dramatic voices.