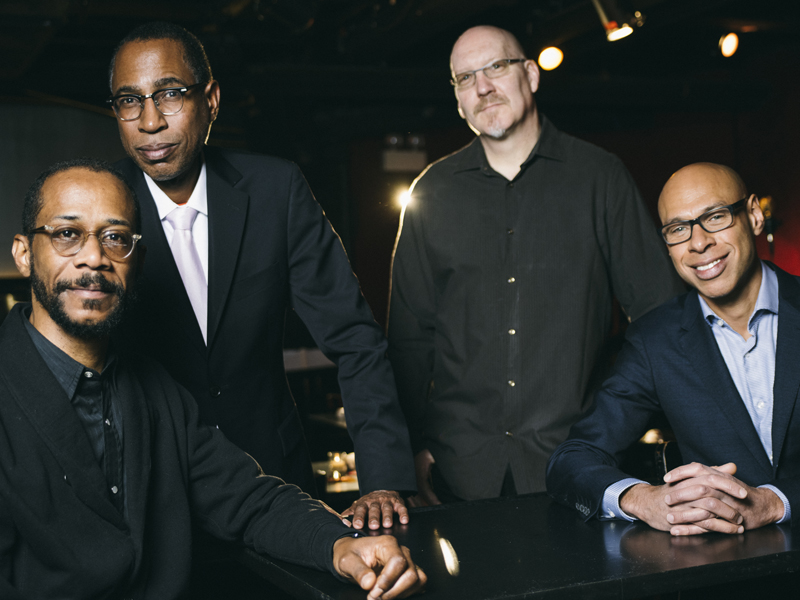 The Chan Centre for the Performing Arts at the University of British Columbia presents jazz heavyweight Joshua Redman with the critically acclaimed band Still Dreaming on November 13, 2018, at 8pm in the Chan Shun Concert Hall. Redman, one of the world’s most renowned saxophonists, pays tribute to the highly revered quartet Old and New Dreams, of which his father Dewey Redman was a member. Joined by three of the most imaginative musicians in contemporary jazz — Ron Miles on trumpet, Scott Colley on bass, and Brian Blade on drums — the bandleader embarks on an uninhibited, unpredictable exploration of the free jazz of the 1970s and ’80s.

“Back in 2015 I had the pleasure of seeing Still Dreaming at the legendary Jazz Standard in New York City,” says Joyce Hinton, Co-Managing Director of the Chan Centre. “I was struck not only by the talent and artistry of these performers, but also by how they were able to connect and communicate with the audience through this beautiful and time-honoured music — music that is wonderfully approachable in spite of its nuance and complexity. Truly, it is the kind of show that engages both the heart and the mind.”

Redman was born in Berkeley, California, to an artistic family: a father who was a jazz legend and a mother who had a rich passion for South Asian dance. From an early age, he was exposed to an eclectic selection of genres, including Indonesian and Indian music, classical, rock, and soul. He has become known for the narrative clarity of his melodies: “Redman is adventurous without all the squeals and squawks of other players, adept at writing both lyrically and rhythmically, and knows when the twain should part, creating an episode of engaging storytelling on one tune” (Variety).

Despite a musical upbringing, Redman initially eschewed the professional musician path and graduated from Harvard College with a bachelor’s degree in social studies. He was on his way to Yale Law School when he decided to defer for a year to join friends in Brooklyn. What began with a few jam sessions with some of his generation’s best musicians — Peter Bernstein, Larry Goldings, and Kevin Hays, among others — soon led to full immersion in the local jazz scene. Five months after moving to New York, Redman won the prestigious Thelonious Monk International Saxophone Competition. Within another 18 months, he was signed by Warner Bros. and released his debut studio album, Joshua Redman, which earned a Grammy Award nomination in 1993.

His passion reflects his father’s legacy. The elder Redman was one-fourth of the all-star group Old and New Dreams, which was comprised of former Ornette Coleman band members: Redman on tenor saxophone, Charlie Haden on bass, Don Cherry on trumpet, and Ed Blackwell on drums. Their dedication to Coleman, the founding father of free jazz, led to transcendent interpretations of the revolutionary style of music. The four performed together from 1976–1987; their name became synonymous with boundary-pushing lyrical abstraction.

When Redman decided to create a tribute band, he turned to Ron Miles, Scott Colley, and Brian Blade. Each musician has a corresponding, personal connection to his father’s original 1970s quartet. Miles embodies the contemporary spirit of trumpeter Cherry; Colley studied under and was closely mentored by his personal icon, bassist Haden; and Blade is deeply embedded in New Orleans drumming traditions that defined Blackwell’s distinctive style.

Mariza, The Queen of Fado, Returns to the Chan Centre