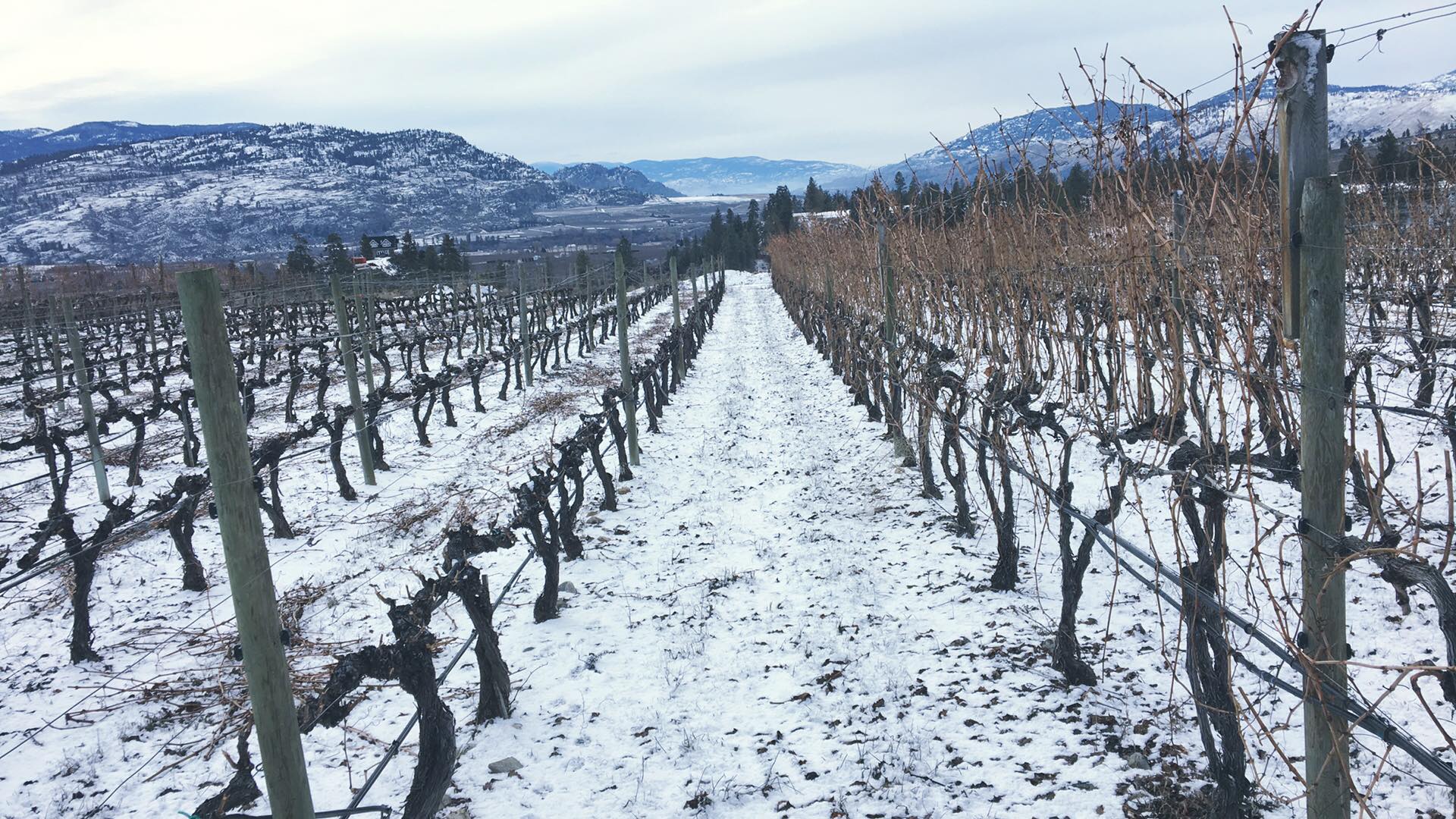 Admittedly one of our favourite wineries to visit. If you are looking for a winery that focuses almost all their energy making good wine then Fairview Cellars is for you. Bill Eggert makes some very good wines which you can taste in what is probably the most rustic, laid back tasting room you can visit in BC Wine Country. Definitely worth a visit to buy some delicious wine. The wines I’m recommending are wines I recently tasted during a visit to Fairview.

Is it fair to say the winemaker can sometimes be described by the wines he makes? Bill plays the curmudgeon so well you may think he’s a bit of a bear, he definitely does his own thing and some may say he’s a bit of a madcap but one thing that’s undeniable he is an Icon of BC Wine. 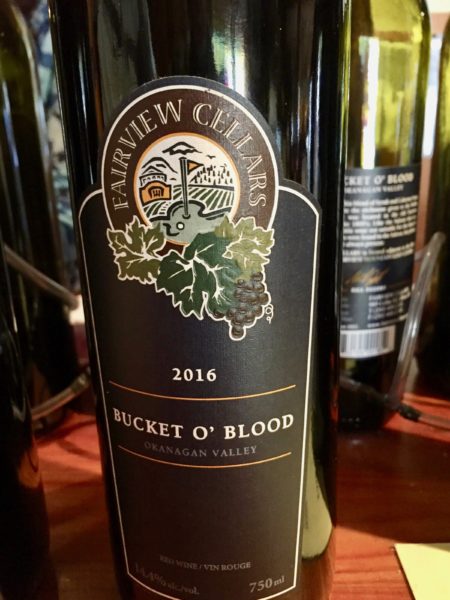 Named in honour of the Moffatt Saloon nicknamed “The Bucket Of Blood” by the miners of the 1890’s.  This Saloon was situated up the “Reed Creek” draw above the Fairview Townsite.  Syrah is the theme grape in this wine, but it is not necessarily the predominant in terms of volume.  There is only one row of Syrah planted on the estate producing no more than two barrels in any one year; thus, depending on the year and the quality of the wine, either Cabernet Sauvignon or Cabernet Franc or both can be used in the blend. 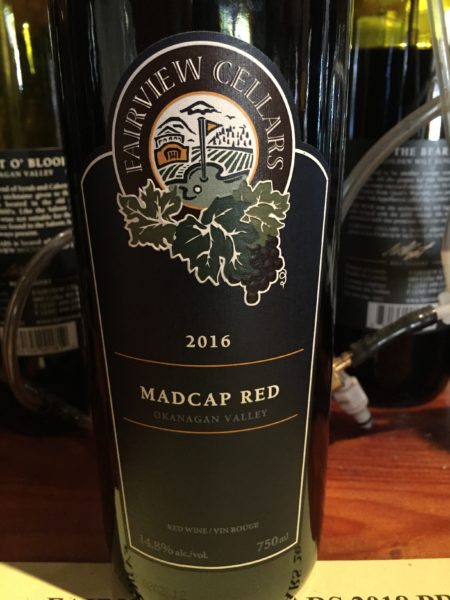 This Merlot based blend is the answer for those of you that prefer Merlots.  Quantities of both Cabernet Sauvignon and Cabernet Franc are blended to add some depth and complexity to the Merlot. (most would agree that by adding the Cabs to Merlot a more complex layered wine results)  This wine is available in large (relatively speaking) quantities. 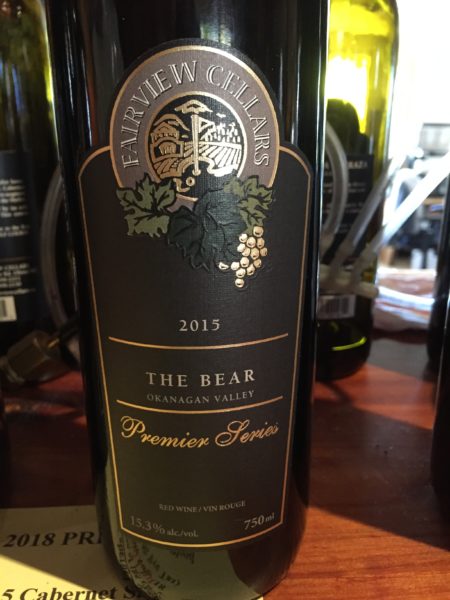 Previously call “The Bear’s Meritage” this is part of the “Premier Series” wines (along with the higher end Cabs).  A blend of five of the classic Bordeaux cultivars (Cab. Sauv., Merlot, Cab. Franc, Malbec and Petit Verdot) with Cabernet Sauvignon being at least 50% of the blend, sometimes reaching as high as 75% of the blend in exceptional Cab. years.  The best barrels are always chosen for this wine, with the Cab. Sauv. grapes usually coming from a later picking to add to the complexity.  The wine is stored for longer periods of time in the barrel. (anywhere from 14 to 20 months)  The time “on the skins” is usually longer, again to achieve higher extraction from the skins. 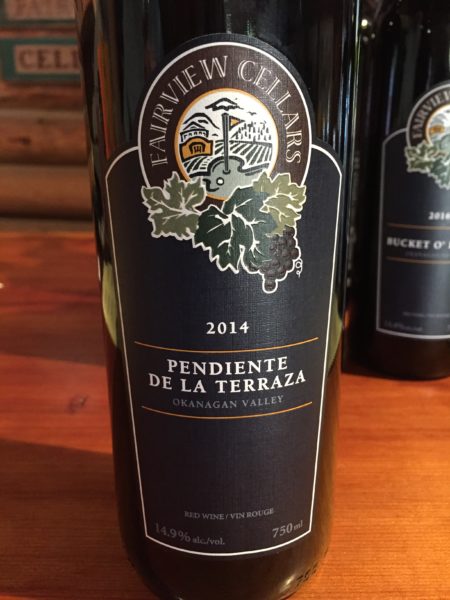 The Pendiente is a Cabernet Sauvignon from my leased property.  This property  is the northern most vineyard on the Golden Mile and is owned by the Alonso family with roots in Spain.  As the vineyard is at the foot of Mount Kobau, I thought it was appropriate to name it so.

Once again in 2011 four barrels of Cabernet Sauvignon from estate were set aside for an additional year. The additional time in the barrel allows the Cab. to soften, become bigger and rounder.