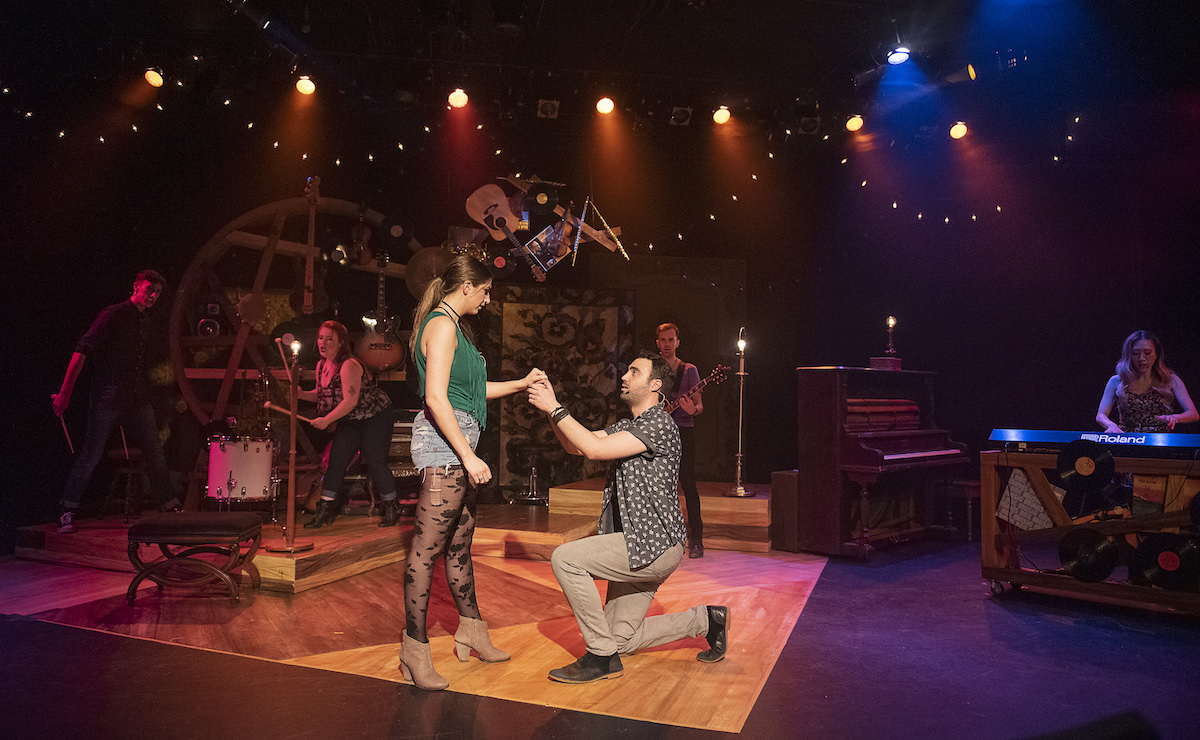 Reimagining the Music of Joni Mitchell

“Circle Game”, currently playing at the Firehall Arts Centre, is both a musical tribute to the music of 1960s seminal singer and songwriter Joni Mitchell and a translation of her work for a new generation of young adults who are grappling with many of the same issues that Mitchell described when she was their age.

Carolyn Rapanos’ set design, including a piano, wall hangings, a collection of musical instruments and LPs, is simple, functional and beautiful. 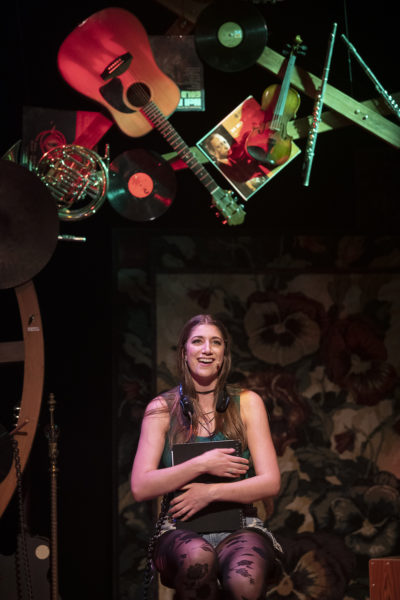 In the introduction, the Co-Creators and Directors of “Circle Game”, Andrew Cohen and Anna Kuman say they remember listening to their parents’ Joni Mitchell records when they were young and that, when they heard the lyrics again as adults, realized that their generation has many of the same issues and questions to grapple with as did Mitchell’s followers some forty years ago, and that the songs remain relevant today.   They decided to use the lyrics and “reimagine” the music, adjusting it to reflect current trends.

The audience should be prepared to be mesmerized by a cast of six multitalented actors (Samantha Bourque, Kimmy Choi, David Z. Cohen, Benjamin Millman, Scott Perrie and Adriana Ravall) who sing, dance, act and play musical instruments with non-stop precision and energy. No sooner does one dazzling scene end when another one, completely different, begins.

However, this play is not a traditional tribute in the style of, perhaps, “Beautiful”, the recent homage to Carole King. The lyrics for about two dozen songs are there, but they truly are reimagined.   They might be delivered in snippets, perhaps faster, somewhat jazzy, or downright raucous, unlike the original renditions. Phrases from two songs might be intertwined, or appear in two different scenes; the music itself is always unfamiliar. The scenes, songs, instruments and actors change rapidly, yet there is no plot to tie it all together. Somehow, though, it all works. 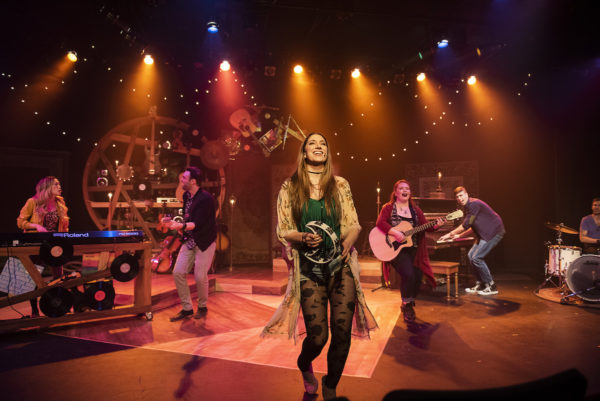 The standing ovation at the end of the evening was well deserved. Every member of the cast was outstanding, performing a fast paced and complex mashup of song, music and dance with seemingly unlimited vivacity.

“Circle Game: Reimagining the Music of Joni Mitchell” is playing at the Firehall Arts Centre until February 9th. For more information, visit: firehallartscentre.ca 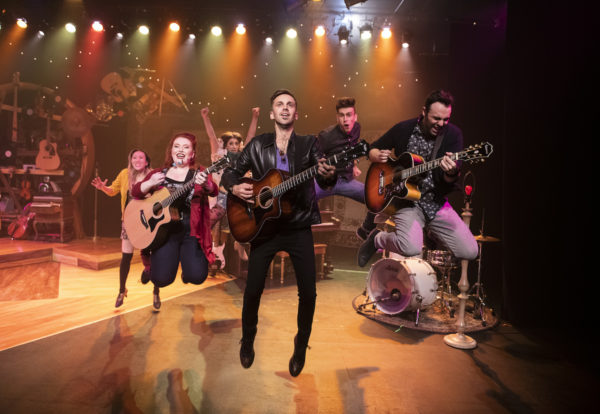 The Firehall Arts Centre Welcomes the Return of Circle Game: Reimagining the Music of Joni Mitchell to its East Vancouver Stage