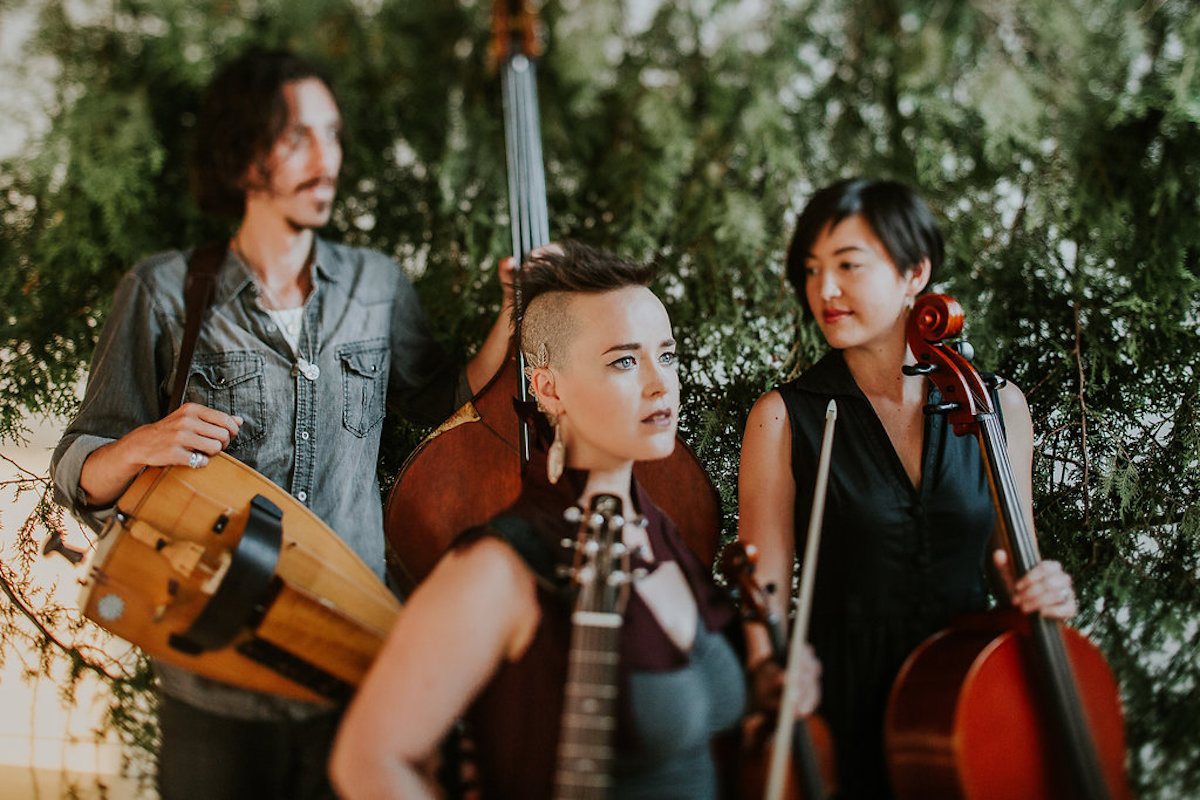 Surrey Civic Theatres presents Merideth Kaye Clark Performs Joni Mitchell’s BLUEAlbum, on March 27, 2019, at 7:30pm on the Main Stage at Surrey Arts Centre (13750 88 Avenue). Hailed as “a masterful performer” (Broadway World.com) with “powerhouse pipes” (Seattle Times), Clark will perform Joni Mitchell’s iconic BLUE album from beginning to end while playing the guitar and dulcimer, accompanied by Mont Chris Hubbard on piano and violin. This emotionally resonant performance will give Joni Mitchell fans the opportunity to experience the album anew, while conjuring the magic and memories of their initial encounter with this timeless music about love and loss. Ethereal songstress Raine Hamiltonwill open the evening with her prism-clear vocals, accompanied by violin, guitar, cello, and double bass to create a resonant chamber folk sound.

“Joni Mitchell has been a huge influence throughout my career as both a singer and songwriter,” says Clark about her idea to perform BLUE. “I’ve always felt a strong connection to her music. Her 10-song album is a deep reflection of her whirlwind romantic relationships and beautifully conveys the intricate mix of joy, passion, and heartache people often feel when they fall in and out of love. Every time I listen to BLUE, I draw new inspiration from Mitchell’s poetry — I invite audience members to rediscover their own connections to her breathtaking music by listening to this entire body of work performed live.”

Originally from Kansas City, Missouri, Clark earned a Master’s degree in Musical Theatre from San Diego State University. She is in high demand as a concert artist and musical theatre performer, playing major roles in theatres across America, including Nancy, Oliver! (Seattle’s 5th Avenue Theatre) and Eva Peron, Evita (Northern Stage), among many others. In addition to these roles, Clark performed the role of Elphaba in the First National Tour of the Broadway Musical Wicked more than 150 times in 35 major US cities. Her impressive range as a musician is on display in concerts throughout North America, in which she performs contemporary musical theatre, classical, Broadway standards, country, bluegrass, and folk. Clark is a multi-instrumentalist and plays anything with strings, most notably the guitar and viola. Her sophomore album Young Stellar Object garnered critical praise from New York theatre reviewers, being called “a hauntingly beautiful folk-pop album” (BroadwayWorld.com).

A nine-time Grammy Award-winning recording artist, Joni Mitchell is a Canadian singer-songwriter, poet, and painter. Her much-lauded music draws from many genres including folk, jazz, classical, pop, and rock. Her debut album, Song To A Seagull, was released in 1968, launching a stratospheric career that gave rise to 17 albums and numerous accolades. Among many honours over her lifetime, Mitchell was inducted into the Canadian Music Hall of Fame in 1981. She continues to make occasional concert appearances, while focusing on her lifelong passion for painting.

Released in 1971, BLUE is Mitchell’s fourth album, comprised of a stunning suite of songs about romantic disillusionment that stands as a classic in the confessional singer/songwriter genre. Music journalists from Rolling Stone to the New York Times to NPR regard it among the greatest albums ever recorded. In this homage to Mitchell’s exceptional album, Clark’s soaring vocals and evident emotional connection to the work shine through, giving the audience “the gift of hearing the music as it was intended to be heard,” (BroadwayWorld.com). Edge Media Network exclaims, “Clarks openness and happiness on stage is pure delight, the joy and empathy she has in and for Mitchell’s work coming out in every note. It is Clark’s shimmering personality that brings all of that beauty to life.”

The opening act of the evening will showcase Canadian singer-songwriter Raine Hamilton. Known for her combination of vocal agility and power, Hamilton’s acoustic chamber folk music has an otherworldly edge. She has toured extensively across Canada including three appearances with the Winnipeg Symphony Orchestra and numerous festivals. Hailed as a “sweet stringed folk serenade to life’s beauty” (Atwood Magazine), Hamilton’s most recent album Night Sky (2018) features her exquisite voice and lyrics, as well as her skills on violin and guitar, performing powerful and relatable tunes accompanied by cello and double bass. She is also an experienced educator, offering workshops about songwriting and fiddle compositions.