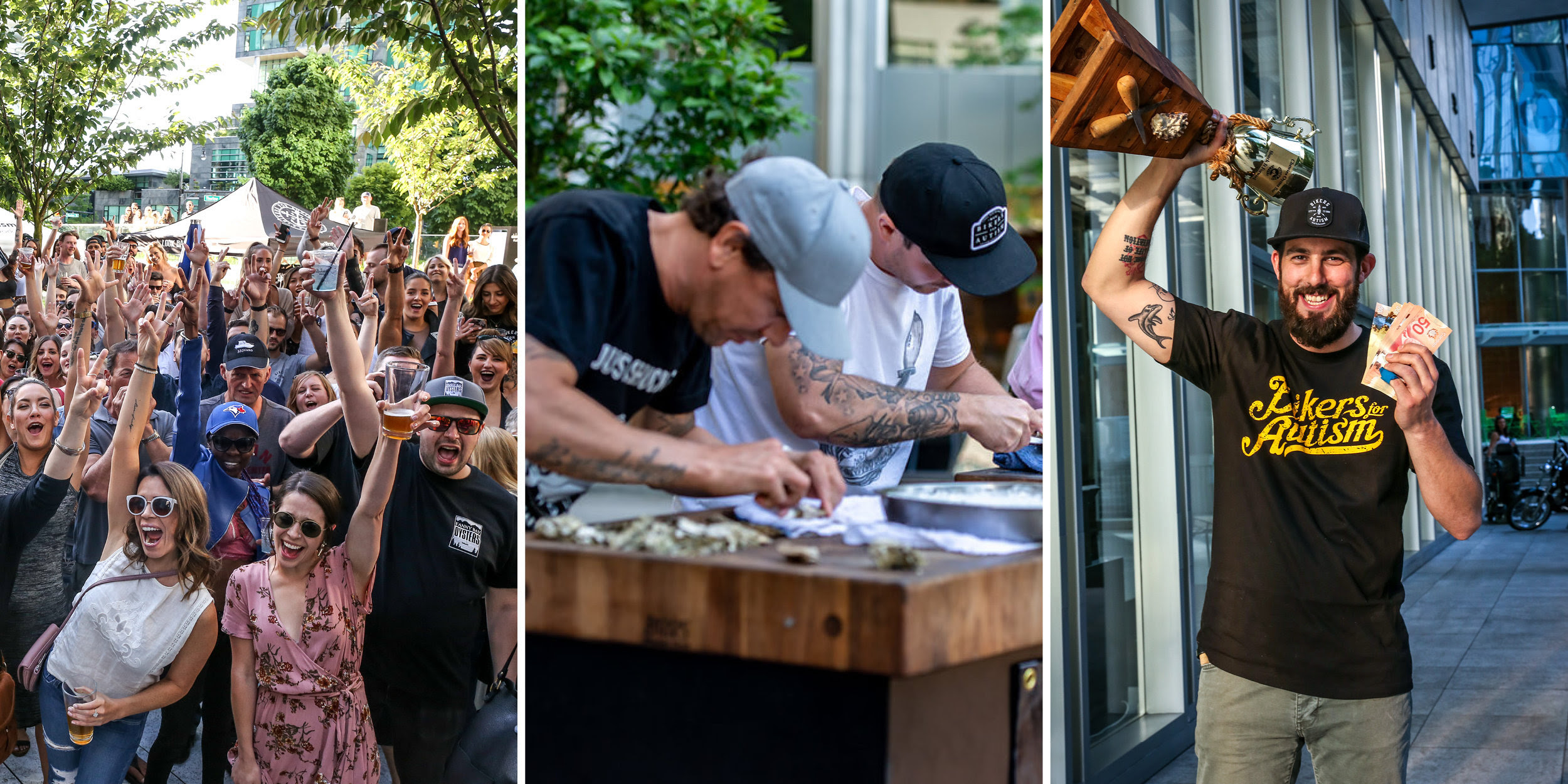 THE ‘SHUCK STOPS HERE: BIKERS FOR AUTISM REVS UP FOR ITS FIFTH ANNUAL SHUCK IT FORWARD FUNDRAISER ON MAY 26

Bikers For Autism is again revving up efforts to raise awareness and funds for individuals and families affected by Autism Spectrum Disorder (ASD) by announcing the fifth annual edition of its flagship Shuck It Forward event taking place at Chewies Oyster Bar in Coal Harbour (1055 West Hastings) on Sunday, May 26 beginning at 12 noon.

Bikers For Autism Shuck It Forward V offers a full afternoon of entertainment including chowder and Caesar competitions, live music, raffles, a silent auction including a fully stocked wine cellar, and the marquee feature — an oyster-shucking competition pitting 24 of North America’s best male and female shuckers against each other for $2,000 in cash prizes, bragging rights, the official ‘Shuck It’ trophy and entry and airfare to compete in the Raspberry Point International Oyster Shucking Championship in P.E.I. later in the year.

“We’re excited to mark the fifth anniversary of Shuck It Forward and make this our biggest and best one yet,” says James Baker, who founded Bikers For Autism in 2012. “It’s a great way for people to show their support for individuals living with Autism as well as all the people and organizations that support and help them thrive. It’s all about developing and growing that network and sense of community.”

Shuck It Forward — which has raised more than $110,000 since its inception in 2015 — is only one of a number of events, programs and fundraising initiatives championed by Bikers For Autism. Last year, Bikers for Autism teamed with Music Heals to hold a music therapy ride from Vancouver to Pemberton that raised more than $70K for ASD-related music therapy programs, and regularly works with support organizations such as the Pacific Autism Family Network, Autism Support Network, SUPA Society, Little Heroes Hockey Academy and ET Music Therapy.

CALL FOR SHUCKERS
To reserve a spot in the Shuck It Forward V oyster shucking competition, contestants must sign up and pay the entrance fee ($100) online or in person at Chewies Oyster Bar (Coal Harbour location), or email bikersforautism@nullgmail.com to make alternate arrangements.

TICKETS
Early bird general-admission tickets for Shuck It Forward V are available for $25 per person until April 15 or $35 afterwards online and at the door on the day of the event. A limited number of VIP ticket packages, presented by Moto Concept Inc. and Nude Vodka Soda, are also available for $75 per person.

DONATIONS
Bikers For Autism is graciously accepting donations both large and small for the Shuck It Forward raffle draws and silent auctions. To donate a prize, email [email protected]com.

ABOUT BIKERS FOR AUTISM | The Bikers for Autism Society was launched in 2012 as a result of founder James Baker’s passion for motorcycles and the journey of family members living with Autism Spectrum Disorder (ASD). Since that time, Bikers for Autism has been actively creating unique events and programs along with fundraising initiatives to generate awareness, acceptance and inclusion in support of individuals and families affected by ASD. Bikers For Autism fundraising initiatives support a number of community programs such as SUPA Society, Little Heroes Hockey Academy, Austin Riley’s Racing With Autism, and the Pacific Autism Family Centre’s Music Therapy Studio. On May 26, 2019, BFA will mark the fifth anniversary of its flagship ‘Shuck it Forward’ fundraiser at Chewies Steam and Oyster Bar in Coal Harbour, which has raised more than $110,000 since its inception. | bikersforautism.com

We Shall Eat Like Royalty | Deighton Cup Menus Released