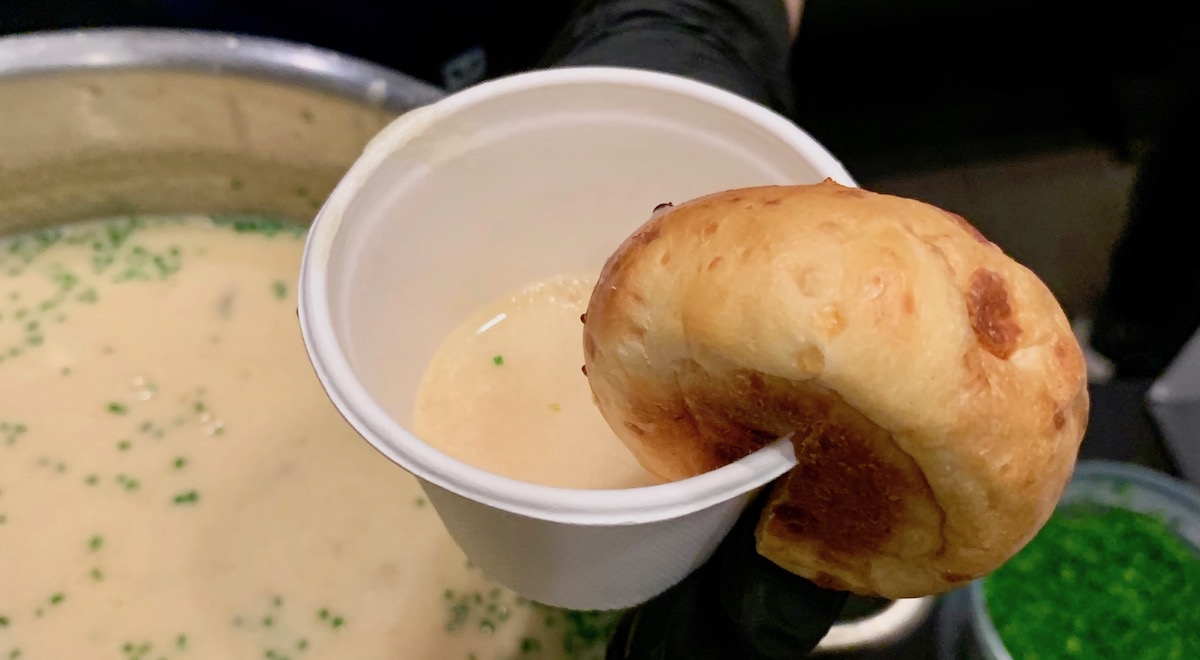 The weather was chilly, the chowder hearty, and the beer flowing during the 11th annual Ocean Wise® Chowder Chowdown at the Vancouver Aquarium last night. For the first time in the event’s 11-year history, the heated competition ended in a tie, with both Chef Chris Andraza of Fanny Bay Oyster Bar and Chef Welbert Choi of Forage winning the title of Chowder Chowdown Champion.

“It’s an exciting event, the chefs take it seriously, and so does the crowd. Everyone was very invested in trying all 14 chowders and voting for their favourite,” said Claire Li, acting manager of the Ocean Wise Seafood program. “It’s thrilling to see the growing support for sustainable seafood, and for protecting our oceans.”

The title of 2019 Ocean Wise Seafood Chowder Chowdown Champion — judged by a panel of industry and media experts — was awarded to two chefs this year, who achieved identical scores based on presentation, creativity and taste.

This year’s panel of distinguished judges was:

Overfishing is a major threat to our oceans. With thousands of Ocean Wise seafood partner locations across Canada, Ocean Wise makes it easy for consumers to choose sustainable seafood for the long-term health of our oceans. The Ocean Wise symbol next to a seafood item is our assurance of an ocean-friendly seafood choice.www.ocean.org/seafood

Our vision is a world in which oceans are healthy and flourishing. | ocean.org

COCKTAILS, CANAPÉS AND OCEAN CONSERVATION COMBINE FOR THE 12TH ANNUAL TOAST TO THE COAST