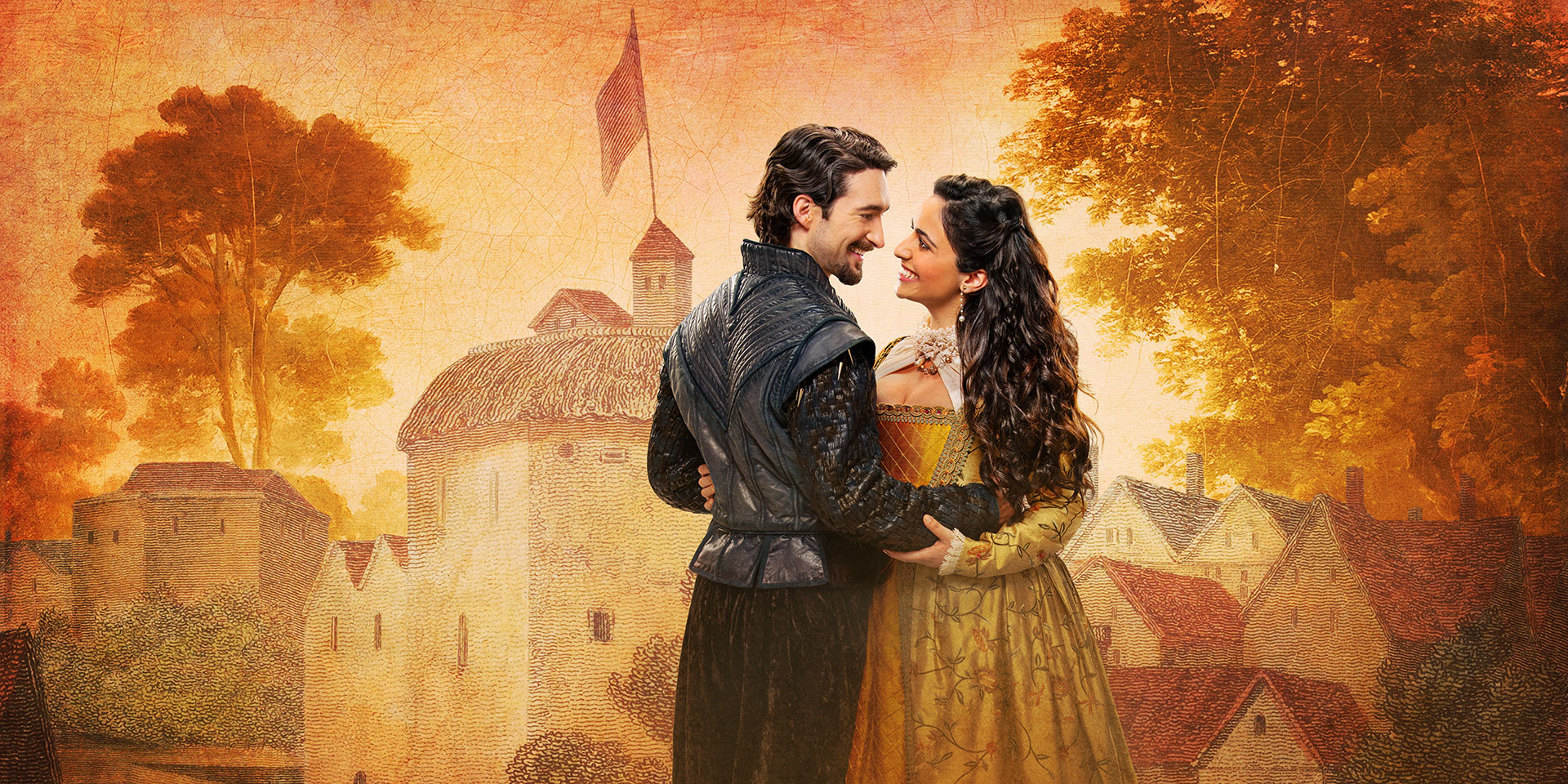 Bard on the Beach continues its 30th season with a stylish stage adaptation of the lively Oscar-winning romantic comedy, Shakespeare in Love.

The play tells the story of Will Shakespeare, who is suffering from temporary writer’s block until he meets Viola de Lesseps, who becomes his creative muse. Viola is Will’s greatest admirer. She’ll also stop at nothing – including breaking the law – to act in his next play. Their relationship, and the rivalry between London’s competing theatre companies, drives the action as the story unfolds.

Daryl Cloran is back to direct Shakespeare in Love, after bringing the record-breaking As You Like It to Bard audiences last season. The stage version of Shakespeare in Love is based on the original film screenplay by Marc Norman & Tom Stoppard, adapted for the stage by Lee Hall and with music by Paddy Cunneen. It features Ghazal Azarbad as Viola de Lesseps and Charlie Gallant as Will Shakespeare.

“Viola has a line where she says: “I will have love… Love like there has never been in a play” and I think we accomplish that with this production,” explains Cloran. “We get to see a profound love between her and Will, which they find through their love of words and their love of theatre. And for me, that’s what’s at the heart of this play. It’s a love of theatre. It’s a celebration of the ephemeral magic of theatre – of those moments that can never be recreated.”

“In the story a group of actors and outcasts come together to defy all the odds and build something magical because they believe in the power of theatre,” notes Cloran. “This production embraces the ensemble nature of the story. We start every night by bringing the entire cast out onto the stage to acknowledge the audience, as if to say: We know you’re there… Let’s make a little bit of magic happen tonight together.”

Cory Sincennes’ revolving set designs take the audience from Shakespeare’s Globe Theatre to beautiful ballrooms, dingy taverns and opulent palaces in speedy succession, while his costume creations reveal how status and class were embodied in the intricacies of Elizabethan style etiquette.

“One of my favourite things about Elizabethan England were the rules about fashion – the laws that the Queen had put in place,” explains Sincennes. “You were allowed to wear certain fabrics and cuts based on your status and class. So our theatre players are all in linens and leathers, while at the regal court, you see more silks and velvets.”

Dates of note for Shakespeare in Love include:

Regular adult play ticket prices include all fees & taxes and start at $26. The Youth Price, sponsored by Global BC, is available for patrons ages 6 to 22 at 50% off select adult ticket prices. Prices for special events, group bookings and multi-play ticket packages can be found online at bardonthebeach.org or by calling the Bard Box Office at 604-739-0559. Early booking is recommended for best seat selection (all seats reserved) and because many performances sell out in advance.

Bard on the Beach is one of Canada’s largest not-for-profit, professional Shakespeare festivals. Established in 1990, the annual summer festival’s mission is to perform, explore and celebrate the genius of William Shakespeare, surrounded by the natural beauty of Vancouver, British Columbia, Canada. Bard also offers year-round education and training programs for youth, adults and theatre professionals in its administrative home at the BMO Theatre Centre in Vancouver’s Olympic Village as well as in schools and community facilities throughout the Lower Mainland of British Columbia.