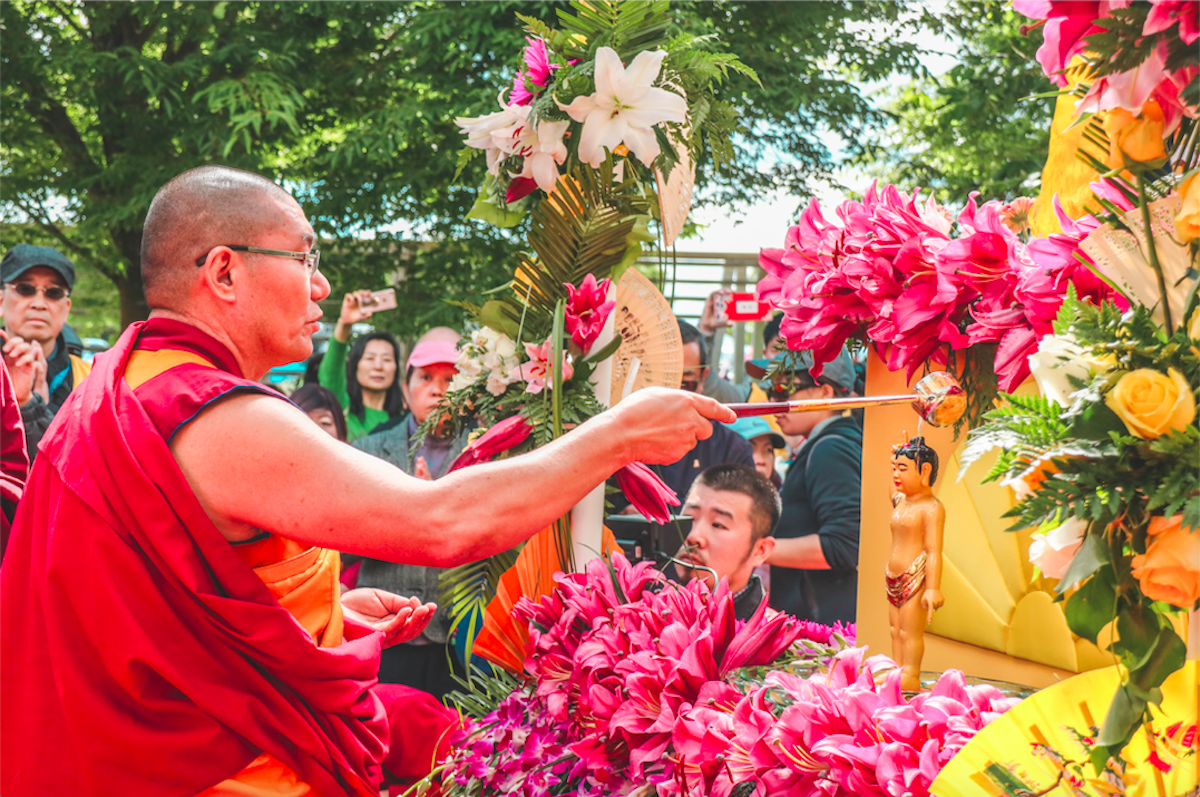 June 8th marks the 5th year the BC Buddhist Festival will hold its celebration from 9:30am-5:30pm at top of Queen Elizabeth Park. The highlight this year is the arrival of two very precious relics which are the remains of Buddha’s body from Sri Lanka. A high Buddhist priest will accompany these relics from Sri Lanka, and the festival will also receive a high priest from Thailand among other countries.

What: BC Buddhist Festival

Organizers: 65 different Buddhist temples across BC co-host this festival

Arts & Culture: 20+ artists from various nationalities will have a Buddhist art exhibition

Dharma Conference: Conference among the leadership group of the 65 temples and visiting monks from other nations

Donations: All proceeds from the BC Buddhist Festival go directly back to the local community:

The BC Buddhist Festival founder Tsengdok Rinpoche says: “The festival grew like a weed and it’s already our 5th year, which reflects the hunger of the everyday people who want to experience calm and tranquility in their heart.  Modern people are suffering from so much loneliness and stress from being busy, acting like a chicken with its head cut off, running around without a clear goal or purpose. Our BC Buddhist Festival is designed to give them a different experience by showcasing the beauty of diversity of our philosophy, so that you can witness many schools of thought in our practice. We want visitors to feel the harmony of our collective desire for a more compassionate world, and more happiness in people’s hearts.”

The harmony is starting from changing ourselves. Once we reach personal peace, then slowly influence our families, our environment, our countries, and slowly the whole world.

Olivia Cen, one of the main festival organizers adds: “As a mother of a high schooler and university student, I see the world becoming more violent and dangerous, and people living with more fear than ever.  Buddhism has completely changed my life, my health but especially my emotional and spiritual well-being.  I’m a much more tolerant and sympathetic person than who I was before, and my perpetual migraine headache disappeared altogether.  Knowing the right way to live is absolutely essential in today’s complex modern world. So we want to invite the public to come experience this simple joy with us in an environmentally responsible way. The festival is run by close to 1,000 volunteers, and doesn’t cost anything to visitors; it’s our heartfelt gift to you.”

About BC Buddhist Festival

The BC Buddhist Festival brings together 65 monasteries from 17 nationalities to celebrate Vesak, the sacred day that marks the Buddha’s birthday, enlightenment, and passing.

The festival promotes Buddhism through dharma teachings, song, dance, arts, and vegetarian food. This year’s festival will include a conference titled “Religion and World Peace,” an intercultural dialogue between various Buddhist organizations that prescribes peace, good will, and a greater sense of well-being to the broader community. The festival is a free and family oriented event that highlights the diverse cultures that shape Buddhism in British Columbia.