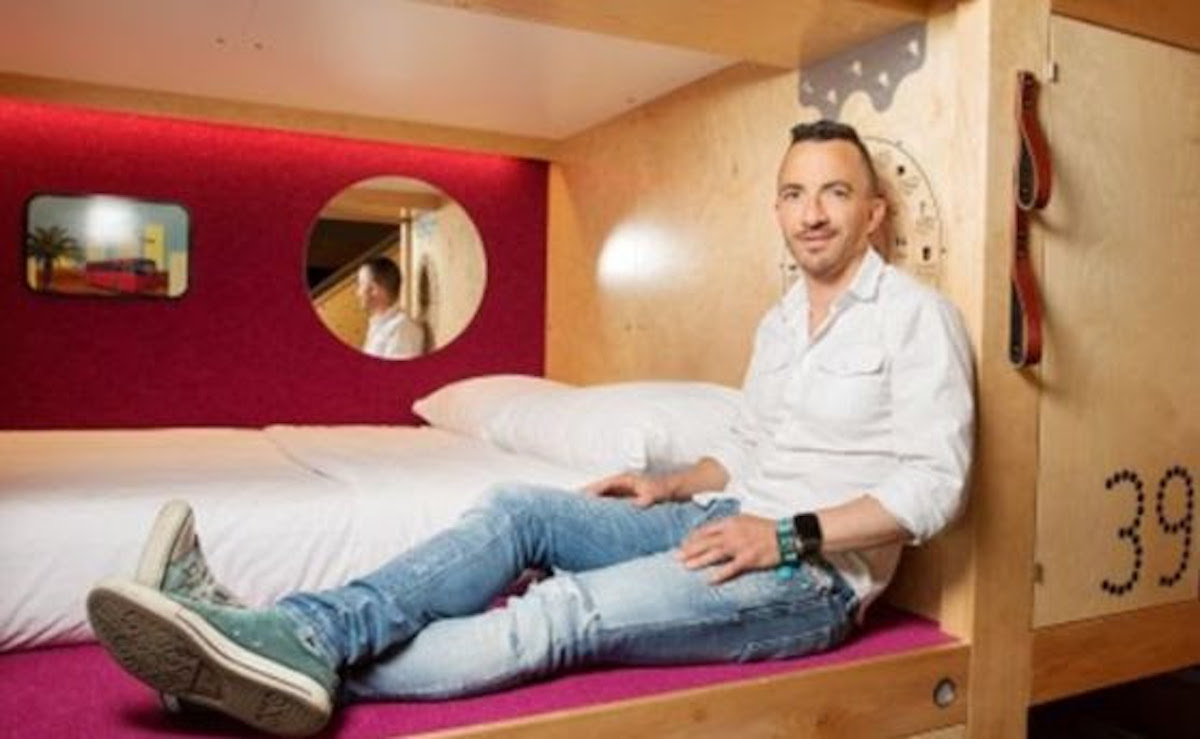 After a year of stellar reviews and global media coverage, the Pangea Pod Hotel is celebrating its first anniversary today.

The capsule hotel, which opened its doors in August 2018, quickly rose to number one on TripAdvisor’s listing of Specialty Lodging in Whistler. In May 2019, Pangea was named Innovative Business of the Year at the Whistler Excellence Awards, an event that celebrates outstanding achievements in the resort’s business community.

The ground-breaking pod hotel has drawn international acclaim from the hospitality industry for the way in which it has utilized new technologies to enhance the guest experience, including its custom designed, automated check-in and personalized RFID wristbands that serve as door keys and payment for on-site purchases.

“We put in tens of thousands of hours before we opened to ensure we could cater to our guests in the best – and most creative – ways possible,” says Pangea’s co-owner, Russell Kling. “And I think it’s fair to say that based on the success of this year, the feedback from guests, and the international interest we’ve received in the hotel, we’ve pulled it off.”

Looking ahead, Pangea continues to be an integral part of Whistler’s community and thriving tourism industry. Upcoming 2019 events and collaborations include:

Both events include live DJs spinning ’til close. And promo code PANGEAPINTS offers guests a 10% discount off stays of two days or more (valid for reservations made by Aug 31).

Canadian Thanksgiving Long Weekend, October 11 – 14
Sick of turkey and your annoying siblings? Come hang at Pangea! Use promo code ENOUGHTURKEY for a 10% discount off stays of two days or more (valid for reservations made by August 31).

Use promo code PANGEPICURIAN for a 10% discount off stays of two days or more (valid for reservations made by August 31).

ABOUT THE PANGEA POD HOTEL – CHIC. SHARED. CENTRAL.
Proximity and privacy without the price tag. Pangea was born out of a need for a new kind of accommodation in Whistler – a place where people with a shared passion for mountain sports, travel, or just life in general, could meet, relax and share stories but still have their personal space at the end of the day. Pangea was created with this in mind – an affordable yet boutique property offering private pods within a chic, laid-back setting. Pangea is not a hotel and it is not a hostel; it is the best of both worlds, providing guests the privacy and comfort of a hotel and the affordability and social vibe of a hostel. pangeapod.com
Media release and image provided by Laura Serena, Serena PR.
[wdi_feed id=”2″]