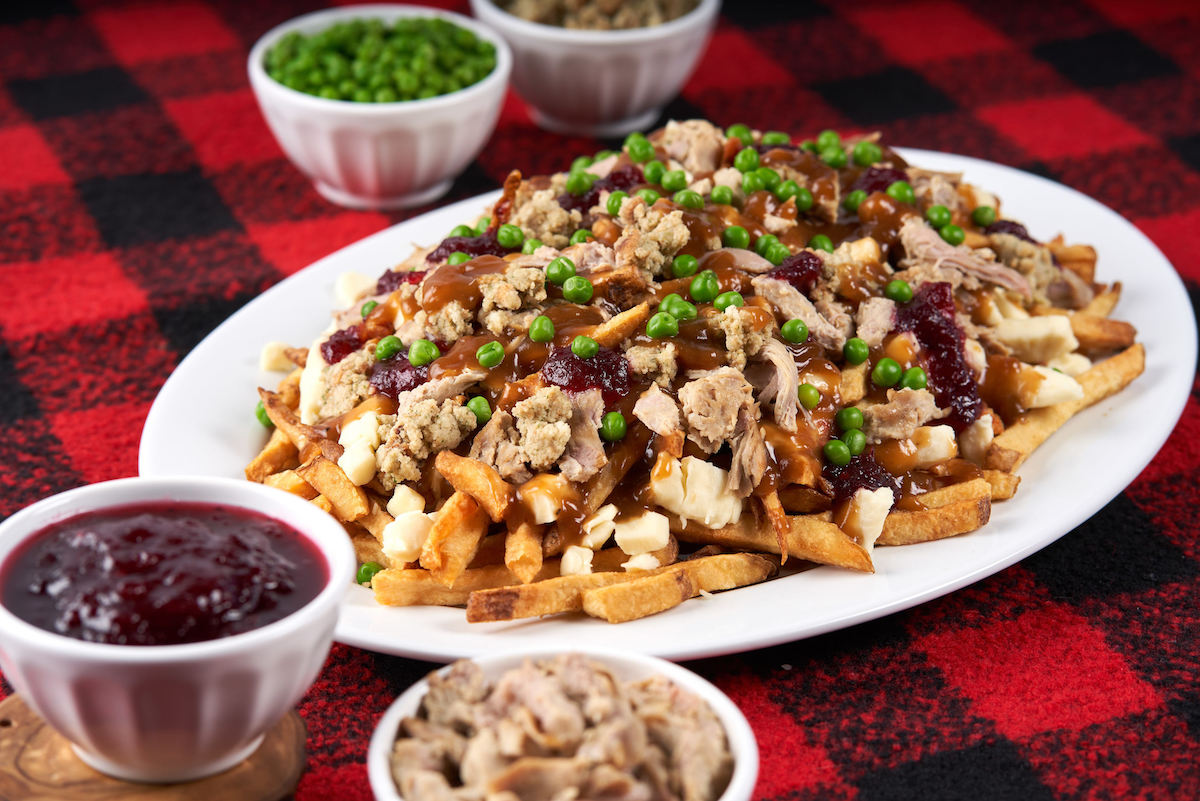 Dress for Dinner with Smoke’s Poutinerie

The Smoke’s Poutinerie Rock N’ Roll Gravy Train is speeding into fall with the arrival of a seasonal favorite, their THANKSGIVING POUTINE!

Fans can feel good about their guilty pleasures, especially when making it a combo!  When pairing the THANKSGIVING POUTINE with a Canada Dry Cranberry Ginger Ale, $1.00 will be donated to Friends of We Care, the national charity partner of Smoke’s Poutinerie. Friends of We Care is an organization that raises funds to send children with disabilities to fully accessible summer camps, where they can focus on their ABILITIES. These donations will add to the sum of over $250,000 raised for the charity over the past two years by Smoke’s Poutinerie.

“Since we first introduced this gastronomical creation back in 2011, the THANKSGIVING POUTINE has been a dish that our fans crave all year round! And on top of that, we have the opportunity to change the lives of kids across the country and celebrate what Thanksgiving is really about,” said Ryan Smolkin, CEO (Chief Entertainment Officer) of Smoke’s Poutinerie.

About Smoke’s Poutinerie
Founded in 2009 by creative genius Ryan Smolkin, Smoke’s Poutinerie is the World’s Largest & Original Poutinerie. Representing 80’s Canadiana culture, known for the signature lumberjack plaid, and glam rock music, Smoke’s Poutinerie serves over 30 varieties of its famous poutine. With 150-plus locations across North America and international expansion into the Middle East, Europe, and the UK, the brand is on course for GLOBAL DOMINATION!