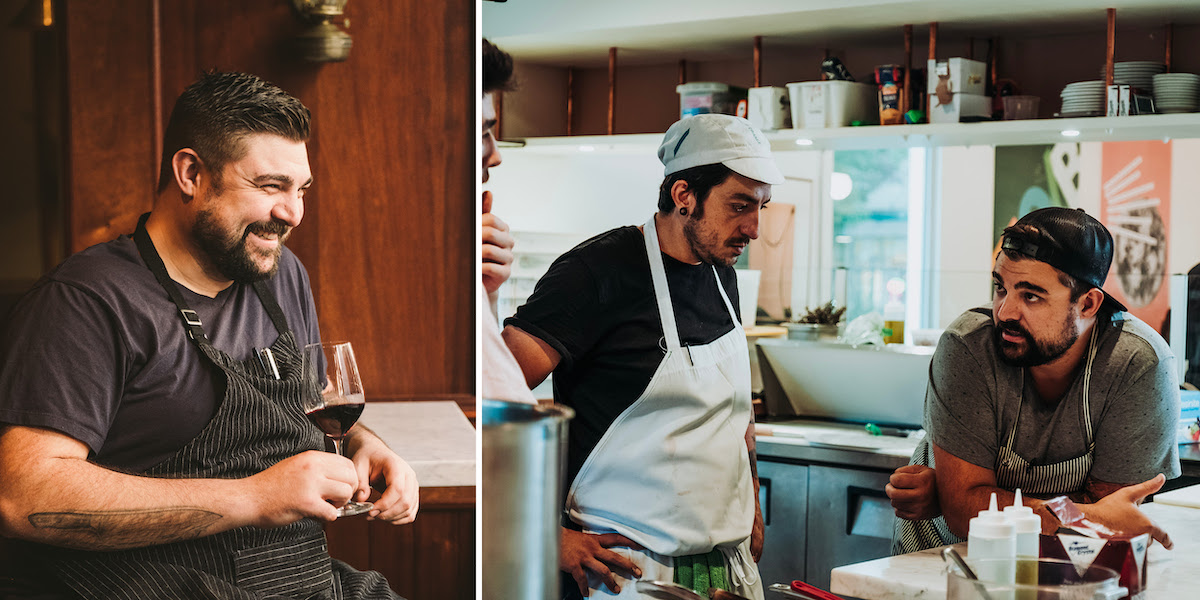 The ownership team at Kitchen Table Restaurants is pleased to announce the promotion of Alessandro Vianello to the role of Group Executive Chefoverseeing operations, menu development and training at all five of the group’s local restaurants (Pourhouse, Pizzeria Farina, Ask For Luigi, Di Beppe and Farina a Legna).

Having joined the Kitchen Table Family earlier this year as Executive Chef of Pourhouse and having recently opened the group’s first North Vancouver location, Farina a Legna, Vianello has long been a staple of the local hospitality scene and earlier last month reached the podium at the prestigious annual Great Canadian Kitchen Party BC regional culinary competition.

Vancouver-born Vianello comes by his affection for Italian cuisine honestly, thanks to family roots that are firmly planted in Northern Italy. After graduating high school, he paid homage to his heritage by sharpening his culinary and wine-appreciation skills in kitchens and vineyards in Tuscany before returning to Vancouver and graduating atop his culinary program class at Vancouver Community College. He went on to help open ARC Restaurant at the Fairmont Waterfront and took on the role of Development Chef for Gooseneck Hospitality, overseeing operations at the firm’s four restaurants (Wildebeest, Bufala, Lucky Taco and Bells and Whistles) before joining Kitchen Table earlier this year.

“Alessandro has brought a steady hand and undeniable talent to so many of our restaurants since coming on board, so this was just a natural next step,” said Kitchen Table Co-Founder and Co-Owner Jen Rossi. “From day one Alessandro has felt like part of the family, so we’re excited to see him expand his role and continue to drive the back-of-house growth of our organization.”

For more information on Kitchen Table Restaurants or to stay up to date on all the latest developments, go to ktrestaurants.com or the individual restaurants listed below.

ABOUT KITCHEN TABLE RESTAURANTS | A mainstay of Vancouver’s hospitality scene since 2009, Kitchen Table Restaurants places a premium on simplicity, integrity, giving back to the neighbourhoods in which it operates and the belief that the fondest memories are made at the kitchen table, not in the dining room. The brand made its first foray into the local market when it opened comfort-food-and-cocktail hotspot Pourhouse in a heritage space in the heart of the historic Gastown District in 2009. In 2011, Kitchen Table set up shop on Main Street with the Northern Italian-focused, counter-service Pizzeria Farina and in 2014 opened casual Italian eatery Ask For Luigi, which was awarded Restaurant of the Year, Best New Restaurant, Best Casual and Best Italian at the 2015 Vancouver Magazine Restaurant Awards and earned a spot on the prestigious 2014 shortlist of EnRoute’s Best New Restaurants. In 2017, Kitchen Table opened authentically Italian caffé-by-day, ristorante-by-night Di Beppe in Gastown and earlier this fall opened its first restaurant on the North Shore with the full-service Farina a Legna, located in North Vancouver’s Lower Lonsdale district.