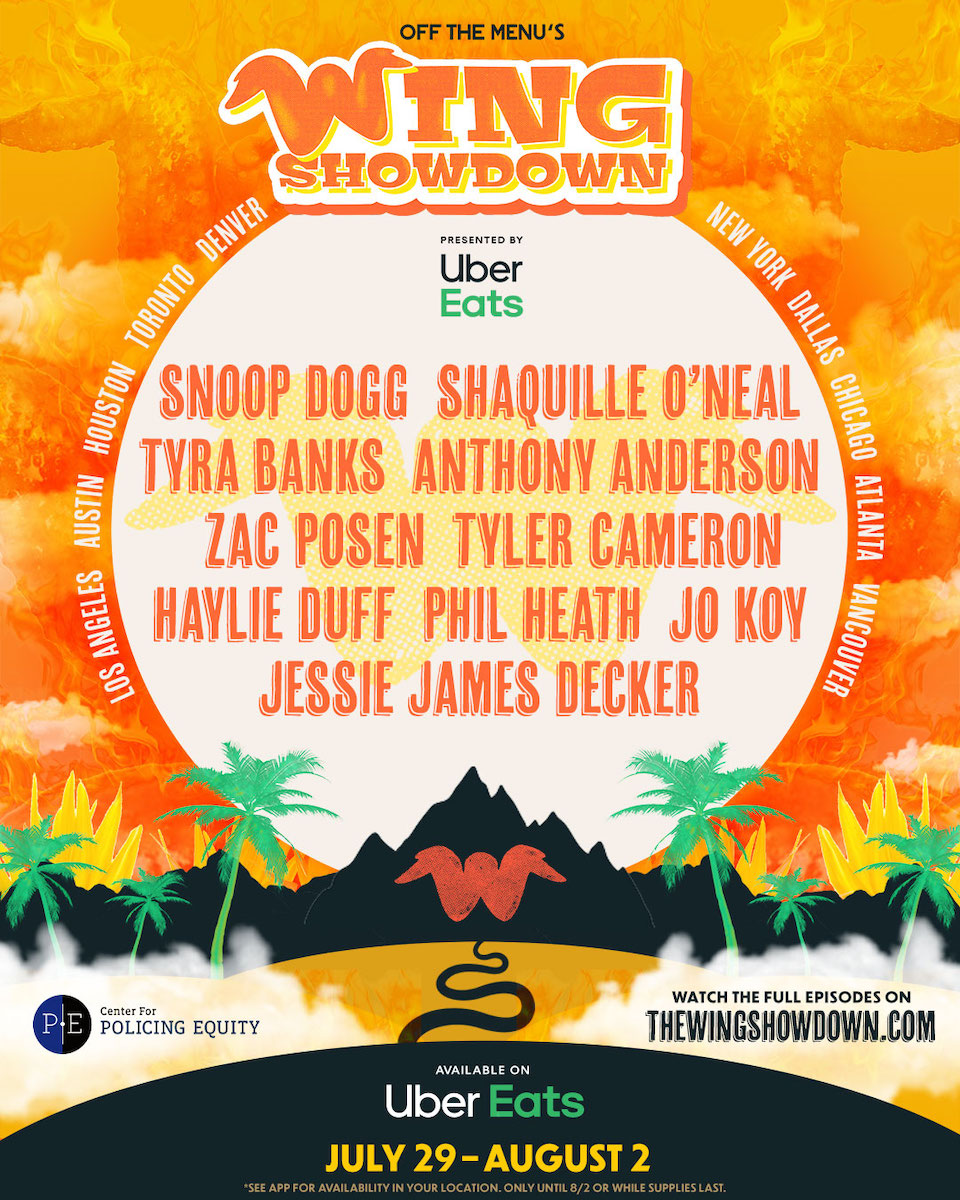 Uber Eats and Off The Menu have teamed up to celebrate National Wing Day and support the Center for Policing Equity.  The Wing Showdown features 10 self-proclaimed wing loving celebrities, including Shaquille O’Neal, Snoop Dogg, Tyra Banks, Jessie James Decker, Haylie Duff and more who are sharing their own special wing recipes with local restaurants in Toronto and Vancouver for fans and wing aficionados alike to order and enjoy exclusively through Uber Eats.  The winning recipe will be crowned Best Wing Overall 2020.

“We are excited to bring The Wing Showdown to Toronto and Vancouver to support our local restaurants,” said Lola Kassim, General Manager of Uber Eats Canada. “This is a great treat for fans and wing lovers alike.  We encourage everyone to check out the celebrities’ videos, order in on Uber Eats, and vote for their favourite.  May the best recipe win!”

“I’m excited and honoured to be a part of The Wing Showdown,” shared Jordan Harasinski Gillis, Owner-Chef of Tokyo Hot Fried Chicken. “I think it comes at a great time in the city because the restaurant industry could use a boost in both morale and awareness. We’re coming out of a very challenging time and it’s important for us to stay the course, keep going, and keep positive. Campaigns like this help the industry stay motivated and keep consumers engaged.”

Recipes and videos from each celebrity participant will be available on thewingshowdown.com. Torontonians and Vancouverites can order these dishes exclusively on Uber Eats from Wednesday, July 29-Sunday, Aug 2.

The Wing Showdown is proud to support the Center for Policing Equity, which uses science to promote justice through data-driven strategies to work to end racial bias in policing and provide public safety solutions that communities want and police chiefs can get behind. A donation will be made in the celebrity winner’s name.

Canadians in Toronto and Vancouver can participate in The Wing Showdown.  Other cities include NYC, LA and Orange County, Chicago, Atlanta, Dallas, Austin, Houston, and Denver. 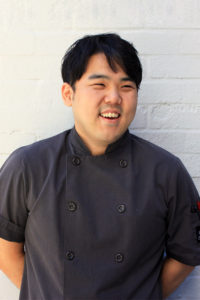 Q:  What made you want to be a part of this event?

A:  Uber Eats has been such a supportive platform for our restaurant, especially during these difficult times. We’re excited to have this opportunity to collaborate with such a different industry from ours (fashion) and introduce our signature cuisine and flavour to a broader audience.

Q:  How would you describe the perfect wing?

A:  The perfect wing would have to be crispy on the outside, but juicy and tender on the inside, served with a sauce that is balanced in flavour. We have meticulously worked on our Marukatsu wing recipe to pay tribute to our celebrity’s culinary vision yet showcase our signature Marukatsu style.

Q:  Were there any surprises related to the celebrity recipe?

A:  We think the recipe’s overall thoughtfulness and creativity really bring a complex flavour profile to the wing, elevating this classic comfort food dish.

Q:  How would you describe the wings that you will be offering at your eatery?

A:  They are crispy, juicy, flavourful, and definitely addictive. We can’t wait to introduce them to Vancouver! 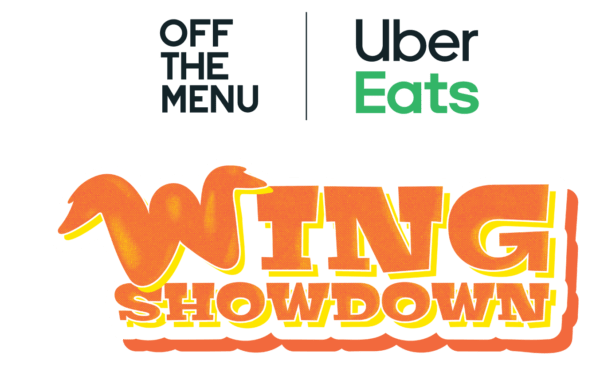 Uber Eats allows people to search for and discover local restaurants, order a meal at the touch of a button, and have it delivered reliably and quickly. Since launching the Eats app three and a half years ago, the business has leveraged Uber’s technology and logistics expertise to serve 500+ cities globally and partner with more than 220,000 restaurants, all while keeping average delivery time under 30 minutes.

About Off The Menu:

Off The Menu is a food experience and discovery company founded by Toronto native Lawrence Longo based in LA.  Its “food club” has served over 50,000 exclusive off-menu items in Los Angeles to its members in the last 2 years.  The program will be expanding across North America in the coming year.  Off The Menu is also known for producing some of the highest profile food events such as Burger Showdown, Wingfest, and Tenderfest.

Winging It With Zac Posen

If you would like to be featured on MyVanCity.ca please email myvancityval@nullgmail.com or valerievdg@nullgmail.com, features are complimentary.

2 thoughts on “Shaq, Snoop, Tyra team up with local restaurants in Toronto, Vancouver, & 9 other cities”