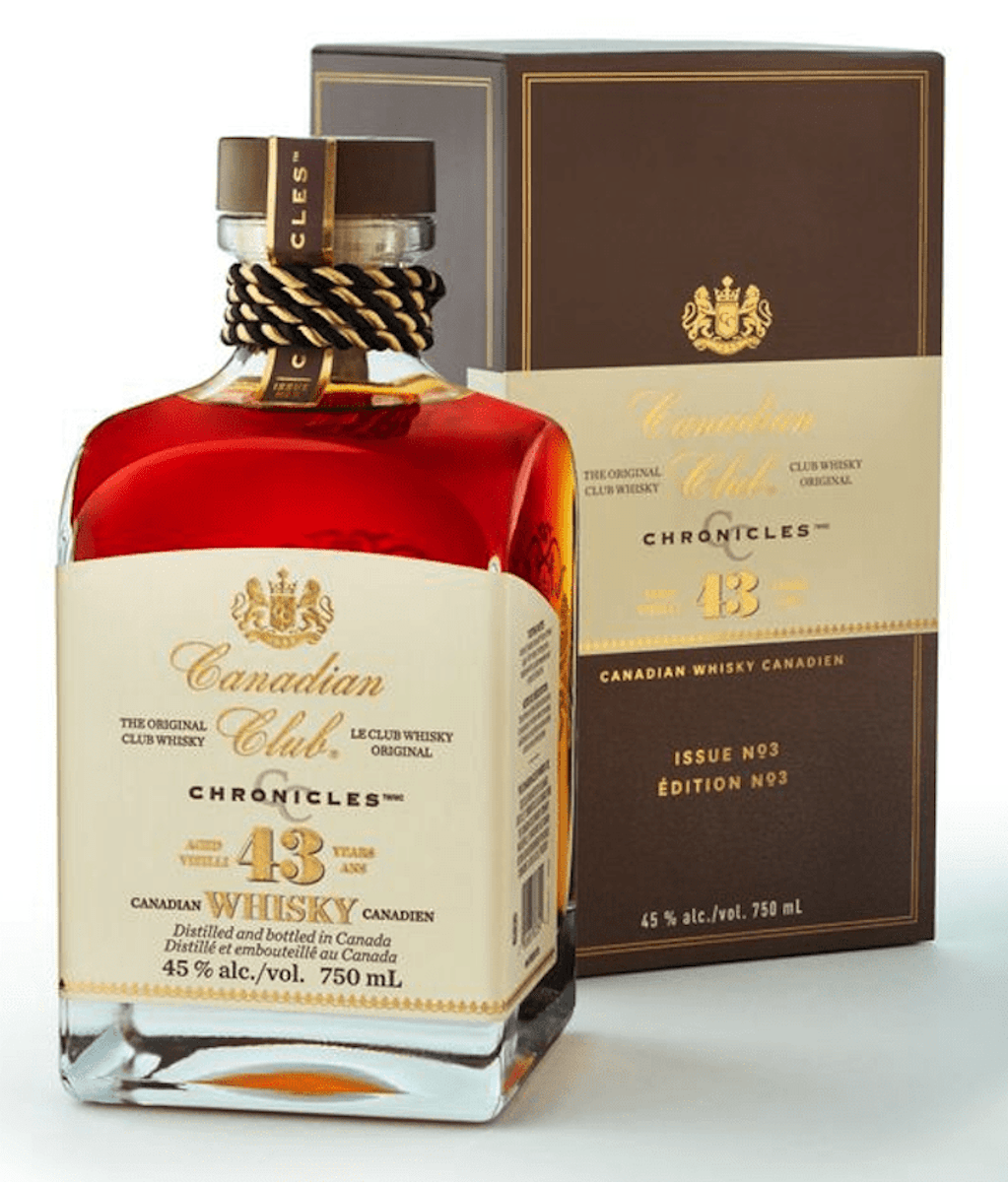 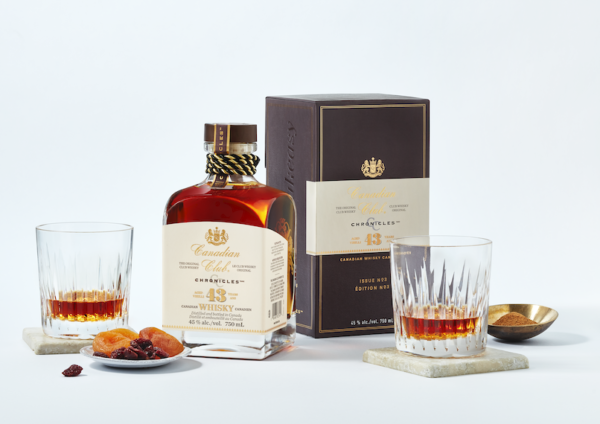 Canadian Club 43 Year Old was awarded the top honour at the eleventh annual Canadian Whisky Awards, earning the title of ‘2021 Canadian Whisky of the Year,’ along with three additional accolades, including ‘Connoisseur Whisky of the Year.’ The Canadian Club blending team was also named ‘Blender of Year,’ recognizing the distillery’s masterful craftsmanship that has been honed for more than 160 years.

Released in late 2020, Canadian Club 43 Year Old is Canada’s oldest whisky and the third installment of Canadian Club’s iconic Chronicles Series. Hailed as a ‘remarkable whisky’ by Davin de Kergommeaux, head judge and founder of the Canadian Whisky Awards, the spirit was awarded the highest overall score of the more than 130 Canadian whiskies entered into the competition.

“Canadian Club 43 Year Old is nothing short of astonishing in its complexity and depth of flavour. This is what great whisky is all about and it is creating a lot of excitement amongst connoisseurs in the know,” shared de Kergommeaux.

“The Canadian Club team is deeply honoured by the Canadian Whisky Awards accolades. We hold the judges in great esteem and are proud of every person who was involved in making this outstanding whisky,’ said Tish Harcus, Canadian Club Brand Ambassador.

“We are thrilled and grateful for the incredible honours awarded to Canadian Club by the Canadian Whisky Awards. Canadian Club continues to drive innovation in the whisky industry and the team is tirelessly dedicated to producing the best of what Canada has to offer,” shared Neale Graham, Managing Director Canada and Canadian Brands at Beam Suntory Canada.

In honour of Canadian Club’s underground roots during Prohibition, Canadian Club 43 Year Old was released with the moniker ‘The Speakeasy.’ During a time when the sale of alcohol was outlawed, clandestine bars quickly opened for patrons who were willing to whisper or ‘speak easy’ about the establishments. Canadian Club became the whisky of choice for these illicit watering holes on its reputation of quality and authenticity. As a result, Canadian Club became the most smuggled whisky in the United States, and the original ‘club whisky’ in North America.

Flavour: Nutmeg spiciness and light hay notes balanced with a subtle sweetness and a touch of dried fruit

Please find below a list of all Canadian Club accolades from the 2021 Canadian Whisky Awards:

2021 Canadian Whisky of the Year

Blender of the Year

ABOUT THE CANADIAN WHISKY AWARDS
The annual Canadian Whisky Awards, broadcast online in 2021, are normally held in conjunction with the Victoria Whisky Festival. The awards recognize the very best Canadian whiskies and are intended to encourage distillers to maintain the highest quality standards. To qualify, each whisky must be distilled and matured in Canada. An independent panel of whisky experts selects the winners after tasting each whisky blind. In keeping with current trends in whisky connoisseurship, the jury includes both women and men tasters, who have made significant contributions to understanding Canadian whisky. Operated on a not-for-profit basis, the Canadian Whisky Awards are fully independent of the Canadian whisky industry.

ABOUT CANADIAN CLUB
Canadian Club is an iconic brand that has propelled the Canadian whisky category to fame around the world for more than 160 years. Canadian Club’s success and longevity can be attributed not only to the brand’s renowned history, but also to the quality of the product inside its bottles. We have always prided ourselves on making a superior whisky accessible to everyone who wished to enjoy it. This is what has allowed our award-winning whisky to endure the test of time, throughout history and changing trends and tastes. Today, Canadian Club continues to be the choice of savvy drinkers who are looking for a classic cocktail, or simply a great tasting whisky served neat.

ABOUT BEAM SUNTORY INC.
As the world’s third largest premium spirits company, Beam Suntory is Crafting the Spirits Brands that Stir the World. Consumers from all corners of the globe call for the company’s brands, including the iconic Jim Beam and Maker’s Mark bourbon brands and Suntory whisky Kakubin, as well as world renowned premium brands including Knob Creek bourbon, Yamazaki, Hakushu and Hibiki Japanese whiskies, Teacher’s, Laphroaig, and Bowmore Scotch whiskies, Canadian Club whisky, Courvoisier cognac, Sauza tequila, Pinnacle vodka and Midori liqueur. Beam Suntory was created in 2014 by combining the world leader in bourbon and the pioneer in Japanese whisky to form a new company with a deep heritage, passion for quality, innovative spirit and commitment to Growing for Good. Headquartered in Deerfield, Illinois, Beam Suntory is a subsidiary of Suntory Holdings Limited of Japan. For more information on Beam Suntory, its brands, and its commitment to social responsibility, please visit www.beamsuntory.com and www.drinksmart.com

Show us how you are enjoying summer with Canadian Club