Fuel your passion with the iconic Canadian whisky from Canadian Club this Valentines. We would like to share this Canadian Club Whisky cocktail with you. I think you’re going to love it! 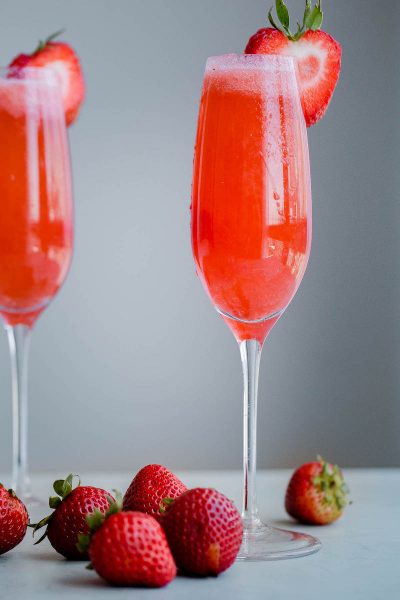 Build in a Rocks glass filled with ice, or in a Flute glass if ingredients are already chilled

Garnish with a whole strawberry

Looking for an exceptional gift for your sweetheart this year?  The Dock Man. The third release of the Canadian Club Chronicle Series of whisky. A gift so beyond exceptional, so beyond extraordinary, that it is a gift destined to be given to a select few.

Read our full feature on the Dock Man here

Canadian Club was founded in 1858 and their first Distillery was established in Windsor, Ontario because of the exceptional quality of the local grains grown there. In those early days if you wanted whisky you took your own jug or bottle to the local store and filled it from a generic barrel. CC didn’t care for that idea. Their whisky was different – smooth and easy to drink and they wanted people to know who made it, so they branded their barrels with their name as a signature of confidence and assurance of quality.

Many Canadians soon came to love Canadian Club whisky. Down in America, it had a singular reputation because it was sold exclusively in the finer gentlemen’s clubs of the era. The whisky became known by the name “Canadian Club”. Eventually, the popularity of the club whisky began to affect the sale of American Bourbon in the U.S. This forced the U.S. Government to require all Canadian distilleries to put the country of origin on their label. Club Whisky then became Canadian Club and a legacy was launched.

On January 16, 1920 the eighteenth amendment to the U.S. Constitution took effect, prohibition the production, transport and sale of alcohol in the U.S. Most Canadian providers went dry at the same time. The Liquor Control Act in Ontario forbade public or hotel drinking but did not prohibit the manufacture and export of liquor. For border cities like Windsor, Ontario this loophole would set the course for a wild decade never seen before or since. Prohibition led to the rise of bootleggers and gangsters like Al Capone. Soon, the waterways between the U.S. and Canada became a smuggler’s paradise, carrying 75% of the liquor supplied to the U.S. during Prohibition. Before long Canadian Club became the #1 smuggled whisky in the U.S.