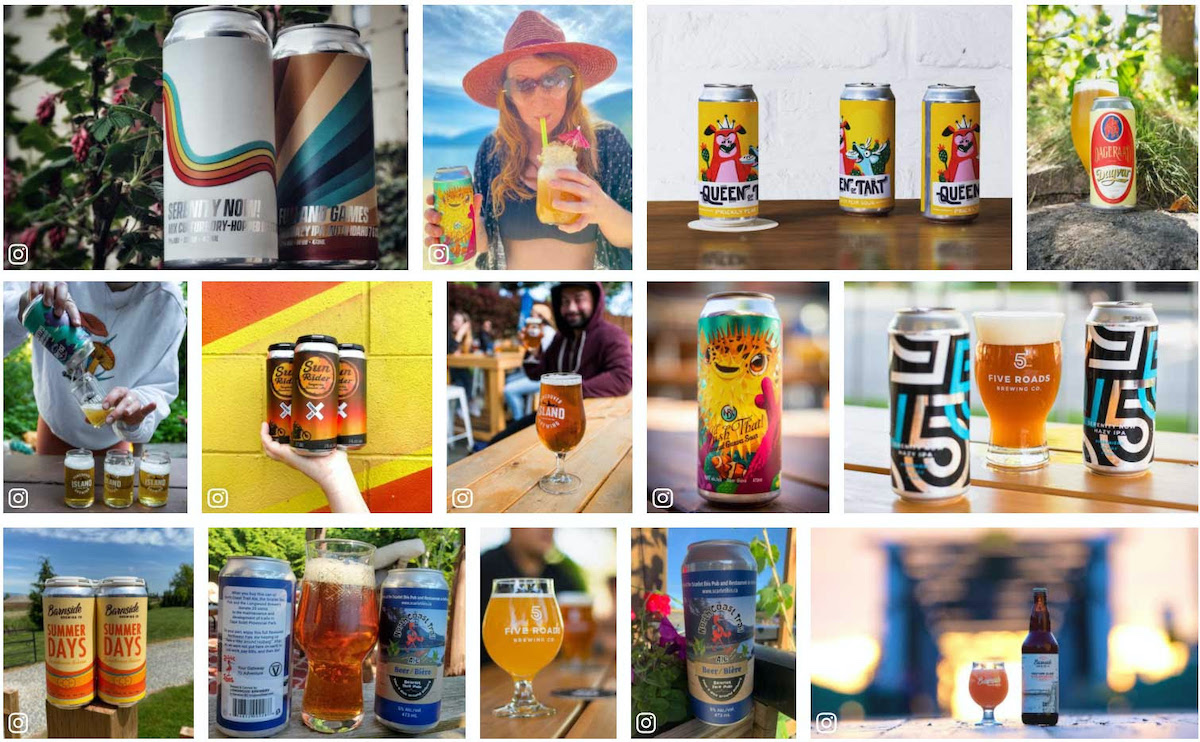 The fruity and creative beers takes the form of beermosas, wine hybrids, sours and hazy IPAs – all found at your local craft brewery

B.C.’s craft breweries are releasing the perfect drinks just in time for summer celebrations – in the form of 50+ new summer-inspired beers! Many of these beers are special, limited edition releases, and some are only available at the breweries themselves. But now that travel restrictions have been lifted it’s OK to explore the province to visit breweries in other communities. Road trip anyone?!?

Plan your next getaway using the BC Ale Trail and be sure to download our app so that you can collect reward points at all the breweries you visit and then redeem them for prizes and discounts.

Most BC breweries have outdoor patios or picnic spaces to enjoy the beautiful summer weather. And many cities and municipalities also allow beer consumption in certain parks and/or beaches making it easy to include craft beer in a picnic.

BC’s creative brewers used a wide variety of ingredients and techniques to create these summer beers: berries and fruits are featured in many of the beers; sours and hazy IPAs continue to be popular; and many are lower-alcohol styles, ideal for enjoying in the summer sunshine.

Some of these beers are also raising funds for good causes, making them even more enticing.

So, gather your friends for a much-needed get-together to celebrate new freedoms. Check out the BC Ale Trail’s blog for the full list, or sample the selection of 16 different brews from nine craft breweries below for starters!

A mixed fermentation saison brewed with wheat malt and Barnside’s own farm-grown barley malt and hops.

This berrylicious sour ale was brewed with more than 500kg of strawberries freshly harvested from Emma Lea Farms on Westham Island.

This sour-based, mimosa-style beer has an effervescent, champagne-like character with a juicy citrus kick.

Clean and crisp with peppery notes and a subtle biscuit layer, the Czech Saaz hops are balanced, offering a gentle herbal character with minimal bitterness, all with a dry finish.

Dageraad Brewing in Burnaby will soon be added to the BC Ale Trail.

Foamers’ Folly Brewing can be found on the Maple Ridge Ale Trail.

Tart and bursting with mango and passionfruit.

Five Roads Brewing can be found on the Fraser Valley Ale Trail.

This beer is a special collaboration between Longwood Brewery in Nanaimo and the Scarlet Ibis Pub in Holberg, the northernmost pub on Vancouver Island. It is a fundraiser with 25¢ from every can sold going towards making Cape Scott Provincial Park and the North Coast Trail even better.

Longwood Brewery can be found on the Vancouver Island Ale Trail Part 1.

Made with over 250 lbs. of prickly pear cactus fruit, this unique beer is rosy red, tart, and very fruity. Five cents from every can sold will be donated to the Osoyoos Desert Centre to support their conservation and restoration of one of Canada’s most rare, fragile and endangered ecosystems known as “Canada’s Pocket Desert”.

Tin Whistle Brewing can be found on the Penticton Ale Trail.

Named for Nelson’s iconic Big Orange Bridge, or B.O.B as the locals call it, this Nordic wheat ale is stuffed with real natural orange puree, biotransformed hops, and Kveik yeast and is bursting with citrusy flavour.

Torchlight Brewing can be found on the Kootenay Rockies West Ale Trail.

A traditional Belgian-style Witbier with spicy notes complemented by a bright citrus kick from the addition of blood orange.

Trench Brewing can be found on the Northern BC Ale Trail.

A mixed fermentation process gives this beer a spicy and dry finish.

With its aromas and flavours of citrus and pine, this beer is a toast to the West Coast Trail.

This mix-pack exclusive brings together lychee and peach flavours of Gewurztraminer grapes along with passionfruit notes of Galaxy hops.

Vancouver Island Brewing can be found on the Victoria Ale Trail.

To see the full list of new beer releases, and learn where to find them in your neighbourhood, visit the BC Ale Trail website today!

The BC Ale Trail is brought to you in partnership by Destination British Columbia and the BC Craft Brewers Guild. A BC Ale Trail is a series of self-guided itineraries highlighting local craft brewery destinations and the super, natural landscapes that surround them. Explore over 170 breweries across 20 Ale Trails in 5 regions around the province. New experiences are brewing nearby. For more information, visit https://bcaletrail.ca/