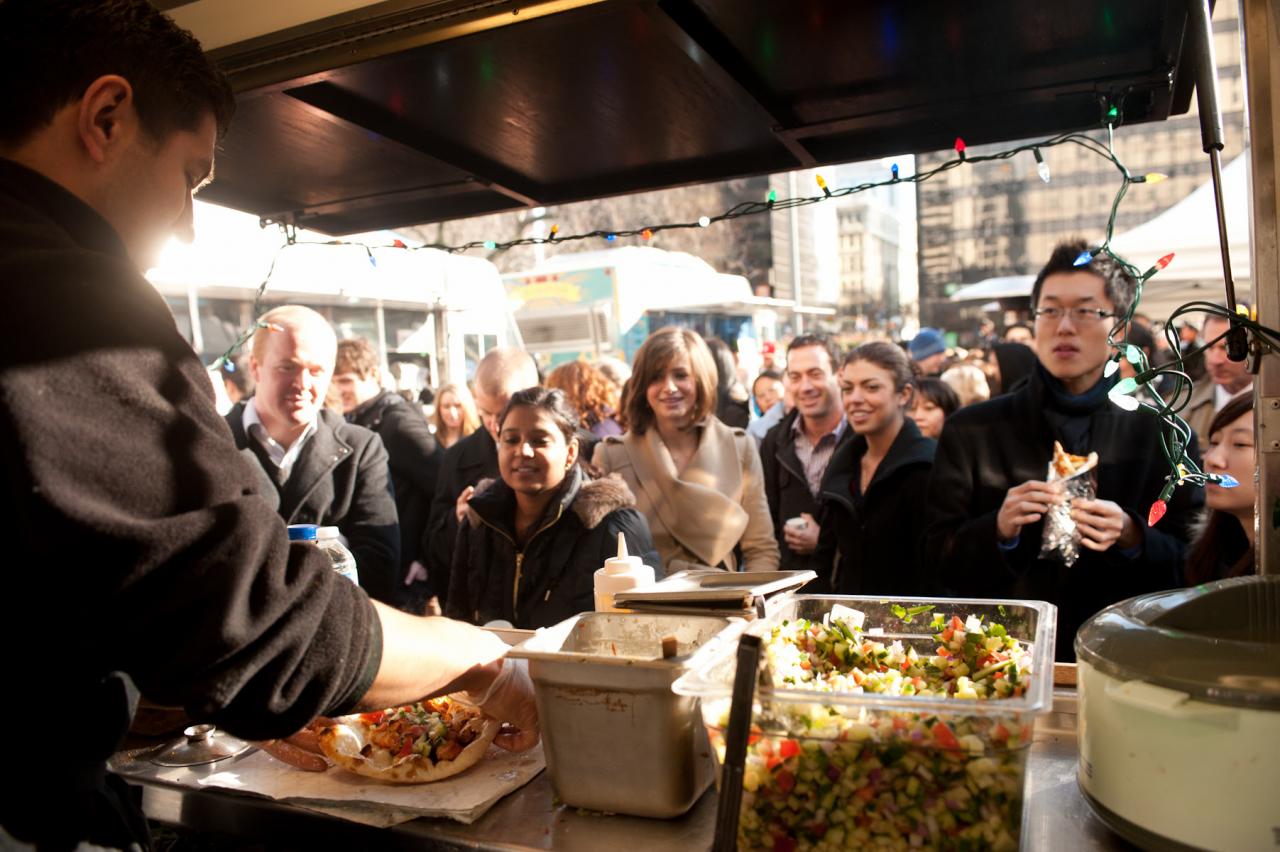 Inexpensive and constantly surprising in the array and quality of their offerings, more than 25 food trucks will be open for business from 11 am – 3 pm, Monday to Friday, and 11 am – 5pm, Saturday and Sunday. Admission to the plaza is free. Tents, tables and seating make for a comfortable atmosphere and lively music will be provided daily by local radio stations.

“Customers who visit food trucks on a regular basis love this opportunity to find so many in one place at one time,” says Suzanne Poudrier, StreetFood Vancouver Society. “Those who’ve been waiting to check out the scene can wander over at lunchtime from their office towers or after their walk around Stanley Park – whether they’re solo, with friends or co-workers – and experience the vitality and diversity of Vancouver’s food truck culture.”

Choose between hearty Aussie meat pies, the buzzed-about modern Asian cuisine of Le Tigre, world-famous Indian dishes from Vij’s, the homey comforts of Reel Mac and Cheese and the rib-sticking goodness of Serious Sausage. One dollar from each of the daily Dine Out Vancouver specials will be donated to A Loving Spoonful, a volunteer-driven, non-partisan society that provides free, nutritious meals to people living with HIV/AIDS in Metro Vancouver.

Street Food City will feature the following trucks and carts: